NFTA: Police made the call on Bishop Malone's side-door exit from the Buffalo airport

NFTA Spokeswoman Helen Tederous says the Diocese did not request an alternate exit away from reporters and protestors. 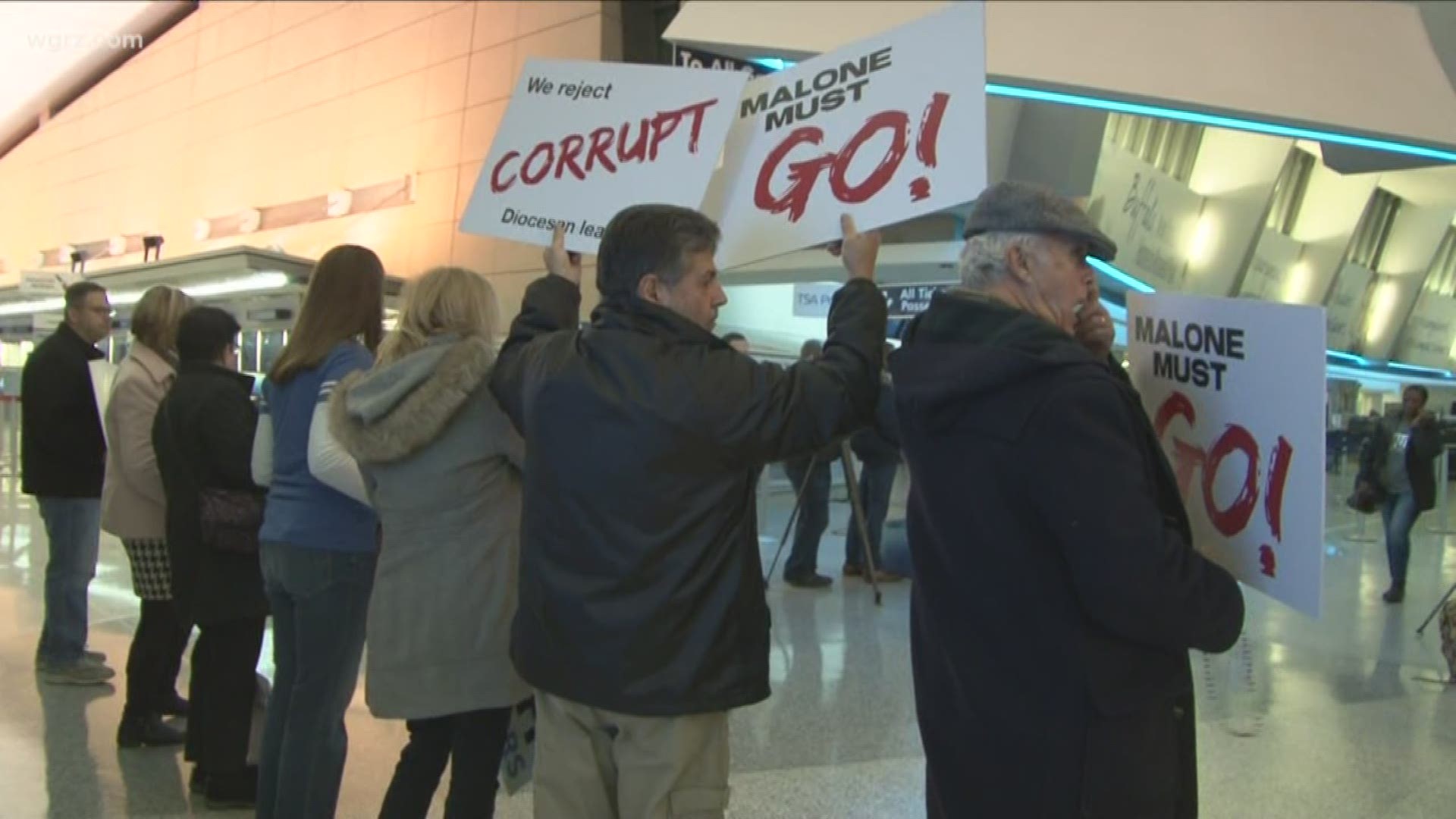 BUFFALO, N.Y. — Who decided Bishop Malone would leave the Buffalo Airport Sunday night through a secondary exit, avoiding reporters and demonstrators at the main exit?

"It was something that we offered and we would initiate something like that,” says Helen Tederous, public affairs director for the NFTA.

Tederous explains that the NFTA Police made the call because word of Malone's return itinerary had become public and there was a concern for the security and safety of the airport and air travelers.

“It was known that he was coming at a specific time, at a specific place and the potential was there to have some type of risk,” says Tederous.

The re-routing of Malone also allowed him to evade reporter questions including about a report last week that the Bishop was in the process of resigning.

Tederous says about four or five times a year at the airport a "high profile traveler" is guided through an alternative exit. There are times that is requested by the traveler, but in this case Tederous says the NFTA Police made the call.