A key piece of information that still hasn’t been released in the search of Saniyya Dennis is footage the NFTA has of her after she left the Buffalo State campus. 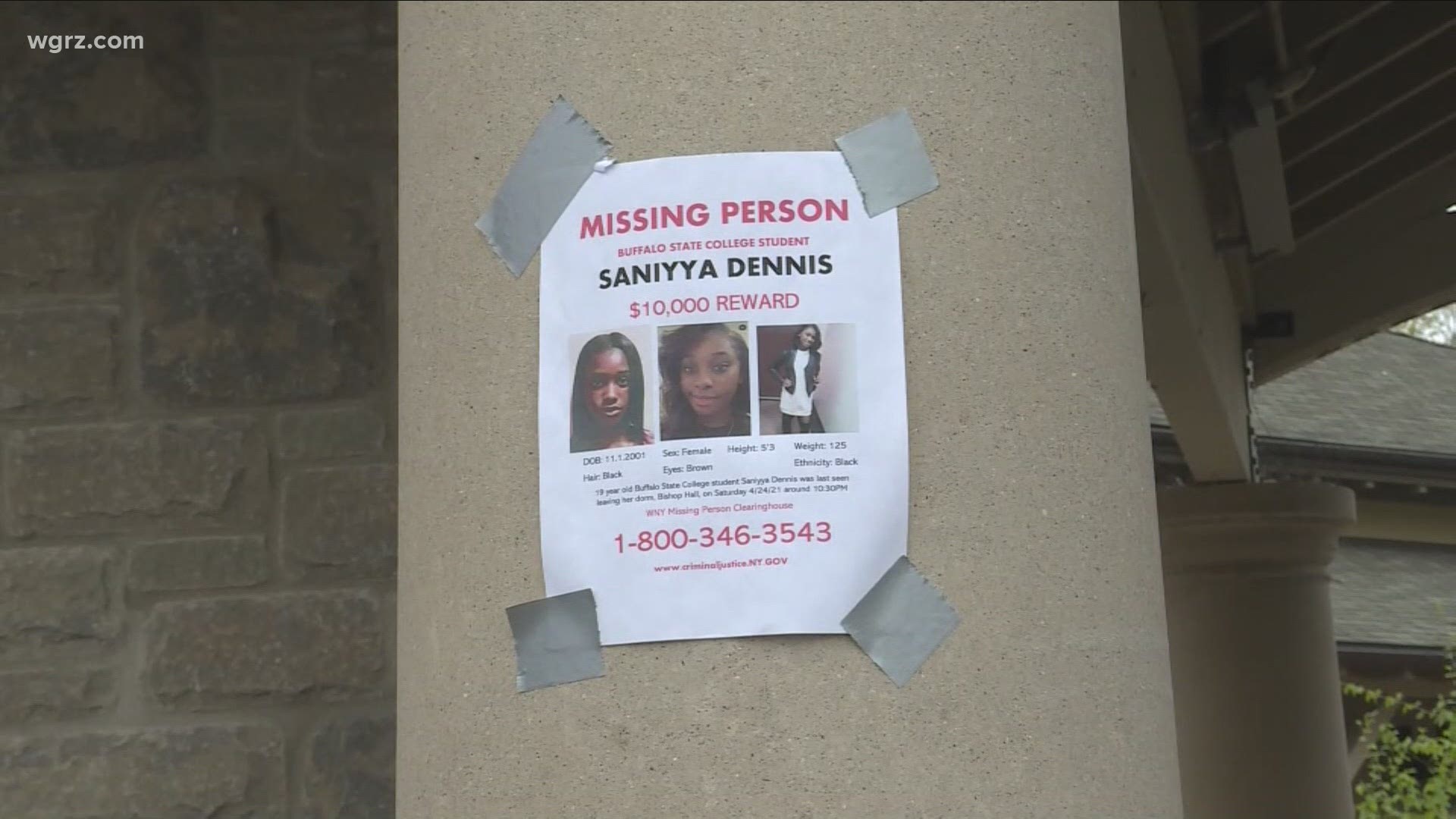 BUFFALO, N.Y. — 2 On Your Side continues to ask the tough questions on the search for Saniyya Dennis, the missing Buffalo State student who hasn’t been seen in nine days.

A key piece of video that still hasn’t been released is footage the NFTA has of Dennis.

On Monday, 2 On Your Side asked the NFTA whether it has any plans of releasing video of Dennis at the NFTA’s bus terminal in downtown Buffalo, presumably after she was last seen on campus. A spokesperson for the NFTA says the video has been sent to Buff State Police, because it’s the university’s investigation.

2 On Your Side's Jeff Preval has filed a public records request to see that video.

“[...] we recognize that there is great interest in the details of this case, but please understand that in order to protect the integrity of this multiagency investigation, we are unable to publicly disclose certain aspects of the case.”

The statement from Buff State goes on to say that the university reminds the campus community that there is a counseling center on campus that can assist anyone who is distressed over the disappearance of Saniyya Dennis. And Buff State will host virtual meeting times in support of Dennis and her family.

Dennis was last seen leaving her dorm at Bishop Hall and walking away from campus nine days ago.

Buff State Police say a ping of her cell phone came back Tuesday afternoon indicating it to be near Goat Island in Niagara Falls. There have been daily search efforts near Niagara Falls for any sign of Dennis by community groups, who say they don’t feel the response from police has been adequate.

"The awareness is to make up for the urgency that Saniyya didn’t receive when she was initially reported missing, so making people aware there is a missing person that there is somebody in distress or medical attention is extremely important in this case," said Julia Stevens, a community activist.

That frustration is also something that Dennis' family shares. Buff State Police say there was not a large ground search for her because they didn’t have information that Dennis was going to harm herself or harm others.

Then there were weather issues in getting a helicopter in the air last week. A K-9 search didn’t happen until Friday of last week, according to police.

In a statement Monday, New York State Park Police say they have conducted numerous, daily searches for Dennis and that nothing has come up.

Dennis' family is offering a reward of $10,000 for any information leading to her discovery.

Community search efforts will continue until she is found.

"Making sure to exhaust every possible effort into finding her and not ruling out anything is of the utmost importance," Stevens said.

This is the full statement Park Police released on Monday:

"Daily, New York State Park Police Officers have searched Goat Island, Prospect Park, Cave of the Winds, and the Maid of the Mist areas. A tracking bloodhound and two K9’s conducting article searches have been deployed. Three helicopter searches of the lower Niagara River also have been conducted. No evidence of the missing student has been located.