There had been an ongoing dispute between the state of New York and the Seneca Nation over the repairs. 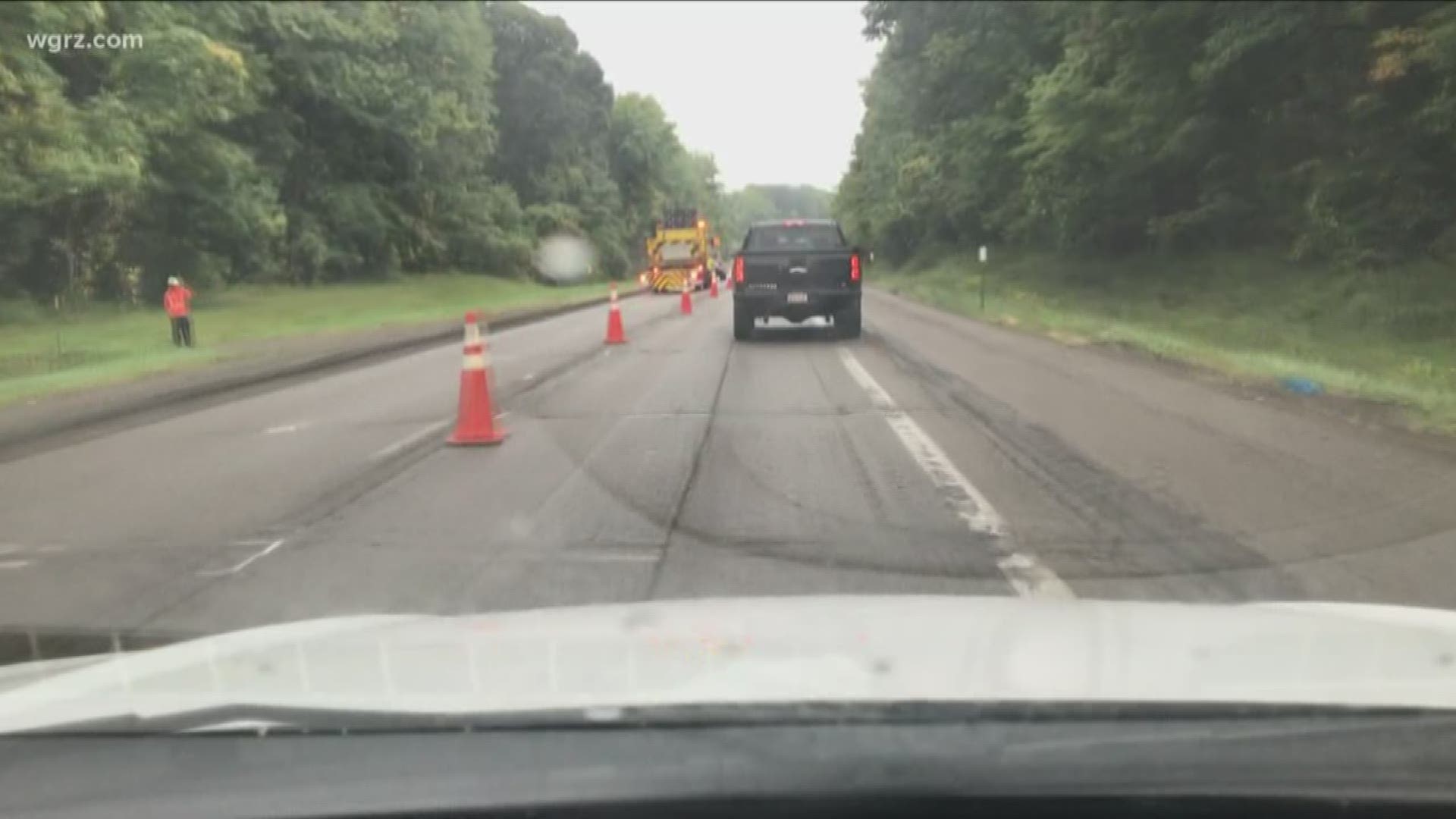 There had been an ongoing dispute between the state of New York and the Seneca Nation over the repairs.

The head of the NYS Thruway Authority, Matthew Driscoll, was in WNY Thursday to talk about the work, which started with lane closures and milling.

They expect to be able to get the full three-mile stretch of road replaced in both directions in eight to ten weeks, depending on the weather of course, as well as what they find after tearing up 60,000 tons of asphalt.

"This is our first real opportunity to get on the system and take a full depth look. We've been unable to do that, as you know, for the last several years. So we're going to learn a lot about the condition of the highway, particularly as it exists on the concrete base, which is critically important to this superhighway," said Matthew Driscoll, Executive Director of the NYS Thurway Authority.

"Now that we have come to an agreement on the Thruway repairs, I hope the state will show the same urgency in prioritizing and addressing the poor condition of other state roadways on our territories that impact the daily lives of our people,"  said Seneca Nation President Rickey Armstrong, Sr.

If weather gets in the way with the repairs this year, they might not be able to finish until next spring.