An article in the Albany Times Union states the woman alleged Cuomo inappropriately touched her during an encounter at the governor's mansion late last year. 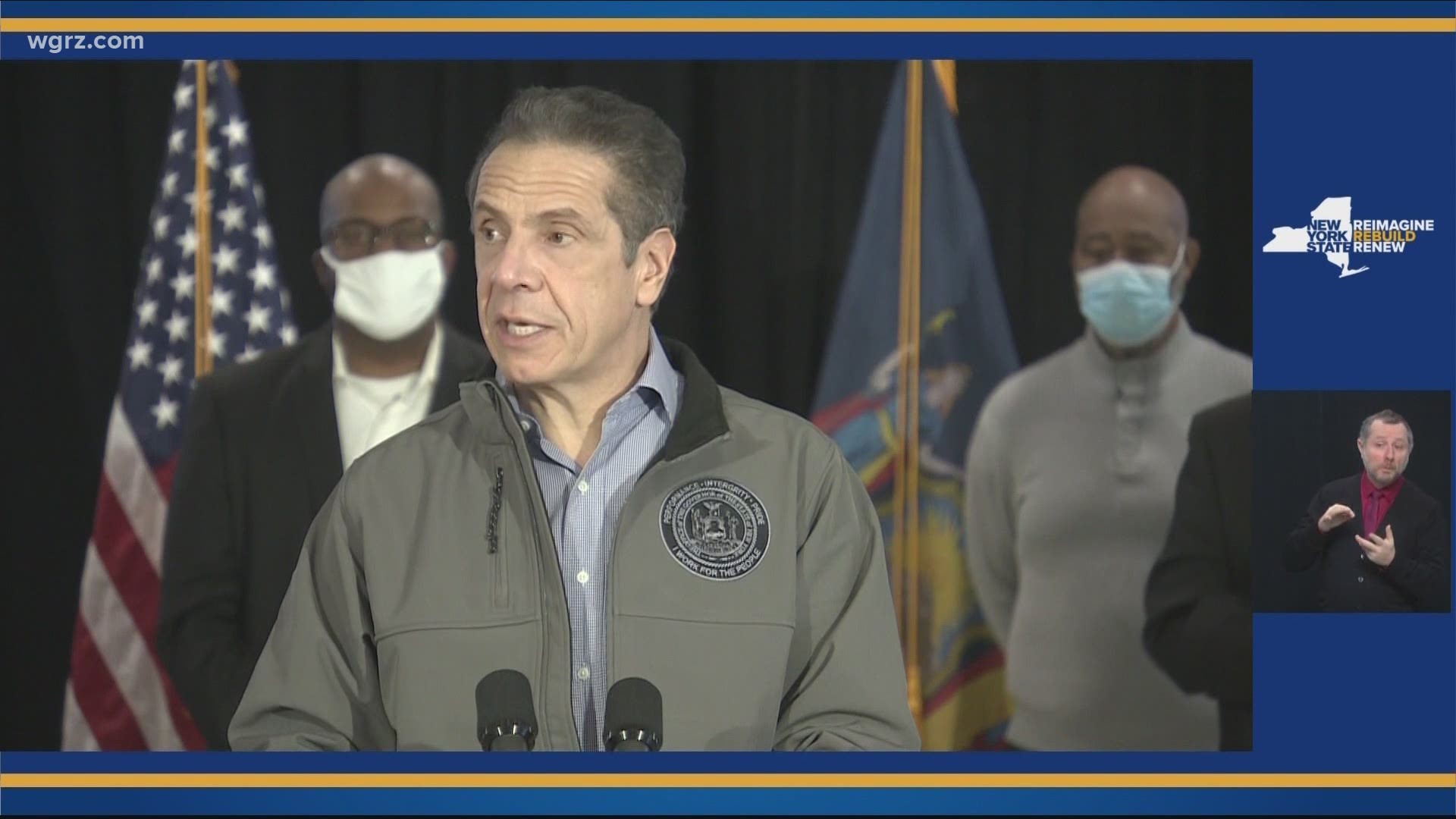 That's according to an article in The Albany Times Union.

The article states the woman alleged Cuomo inappropriately touched her during an encounter at the governor's mansion late last year. The article did not identify the woman, but did state she is a member of the Executive Chamber staff.

Cuomo has faced at least five allegations of sexual harassment or inappropriate behavior over the past few weeks, some coming from former aides. Governor Cuomo denies the allegations and says he will not resign.

During a conference call with the media on Tuesday, Cuomo said he was unaware of the allegation.

"I never touched anyone inappropriately," Cuomo said. "As I said last week, I never made any inappropriate advances. No one told me at that time that I made them feel uncomfortable. Obviously, there are people who said after the fact, they felt uncomfortable."

The governor added, "Every woman has a right to come forward. I encouraged that. Let the investigation get the facts and we'll take it from there."