Political analyst provides insight on why Lt. Gov. Hochul is staying silent on allegations against Cuomo

She hasn't spoken to 2 On Your Side in an on-camera interview in 50 days. 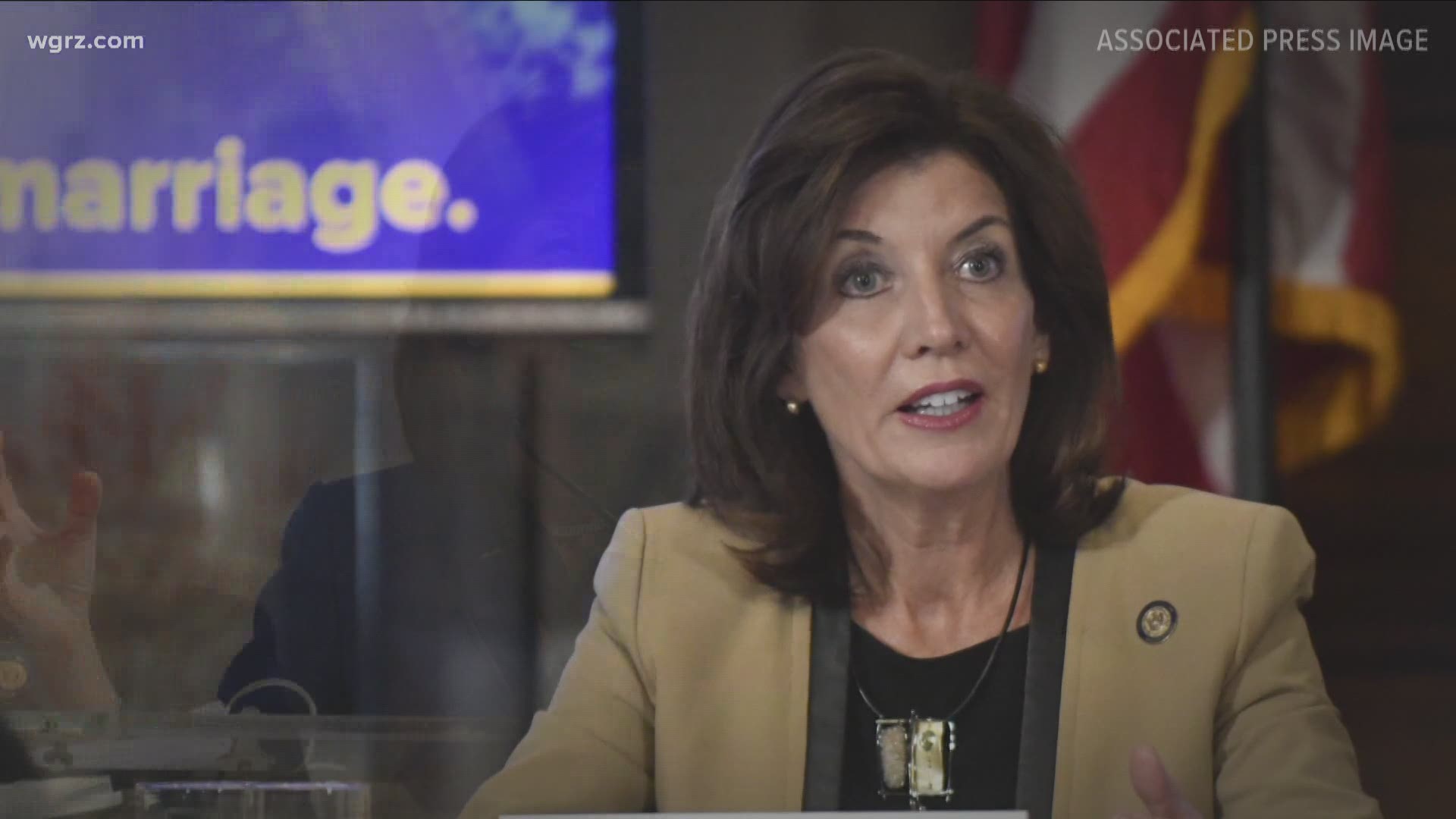 His second in command has not said much on it though.

"It would be unseemly and probably politically suicidal for her to say anything," said political analyst Bruce Fisher.

Lt. Gov. Kathy Hochul has been keeping herself at bay from reporters, not taking any questions and doing most press conferences over Zoom, some of which have been filmed in advance.

Fisher compares it to when former President Bill Clinton was getting impeached.

"You didn't hear Vice President Al Gore saying a word while the impeachment of William Jefferson Clinton was happening 20 years ago. He had no role other than to wait for the outcome of process of some other body. That's the circumstance that Lt. Gov. Kathy Hochul is in today," Fisher said.

Hochul has only put out two statements.

One was after the first allegation made against Cuomo.

The second was after the state attorney general announced there would be an independent investigation.

Other than that, Fisher says you won't hear from her.

That's because investigations by the state assembly and attorney general just began and though there's no sign Gov. Cuomo will be impeached yet, Hochul would be next in line to lead the state.

"She would either be perceived as wanting the process to happen like that right now so she can get in there. She's not a decider, she's not an actor in this, she's waiting in the wings for the events to unfold," Fisher said.

Not everyone agrees staying silent is the right thing to do.

NYGOP Chairman Nick Langworthy has previously said Hochul must say whether she ever saw the governor harass employees.

That may be some wishful thinking when Fisher says those investigations could go on for a few months.

"The folks who are waiting for the lieutenant governor to speak up are going to have a long wait," Fisher said.