State Senator Rob Ortt of North Tonawanda has submitted a bill that would require the state Department of Motor Vehicles to waive the $25 fee for new plates. 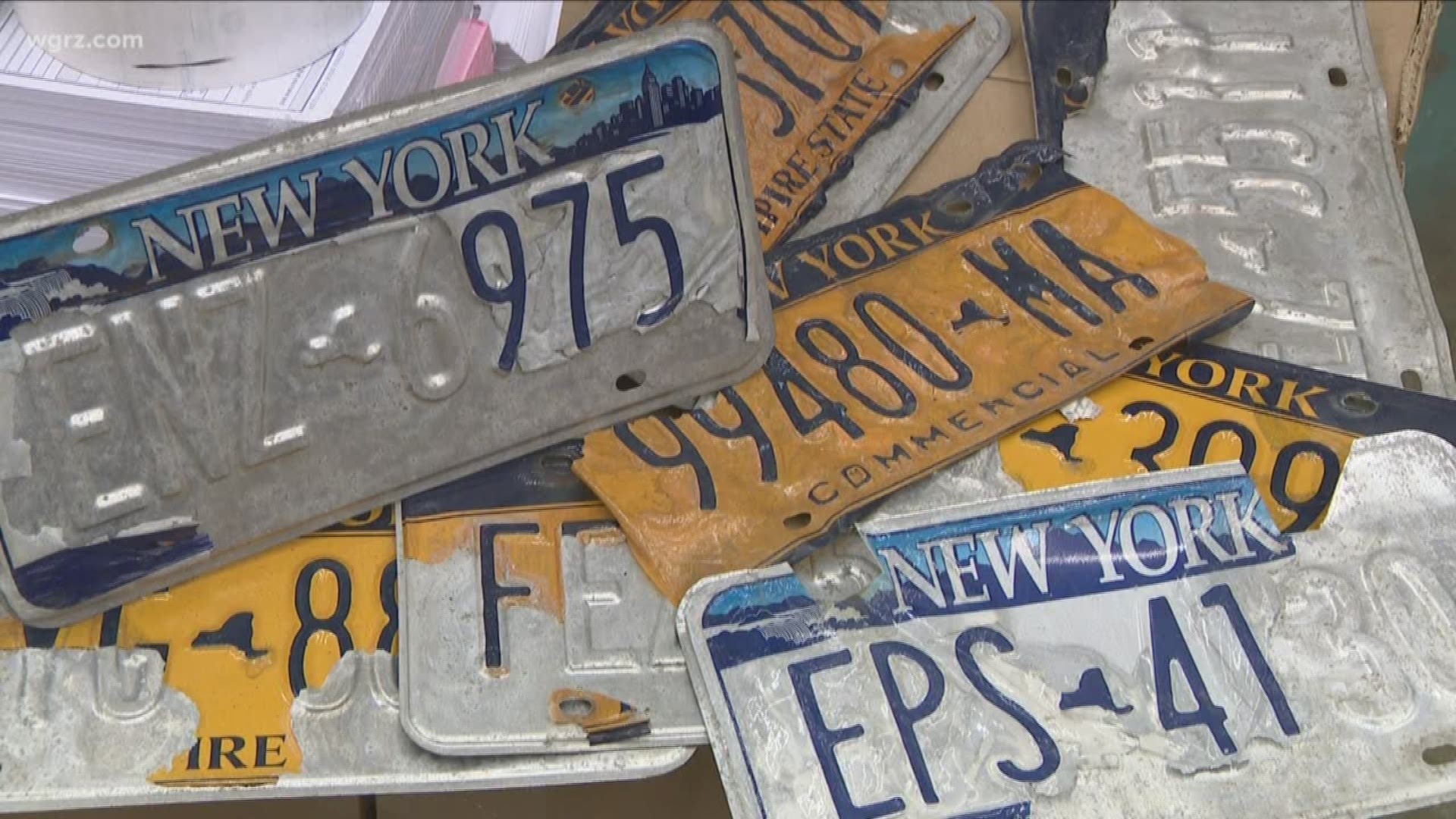 LOCKPORT, N.Y. — NYS Senator Rob Ortt, a Republican from North Tonawanda, has submitted a bill which would require the state Department of Motor Vehicles to waive the $25 fee for new plates, under a replacement program announced by Gov. Andrew Cuomo earlier this week.

Starting in April, motorists will have to spend $25 for new license plates if their current ones are 10 years or older, regardless of the condition of the plates.

Cuomo’s announcement sparked sharp criticism from the public and some lawmakers who have referred to the move as a “money grab”.

With an estimated 3 million license plates in the state that are more than 10 years old, the state stands to gain $75 million in additional revenue through the program.

"People aren’t stupid. They know exactly this is," Ortt said at a Friday news conference in Lockport, where he announced details of his bill and joined a chorus of critics opposed to the mandated plate replacement program. 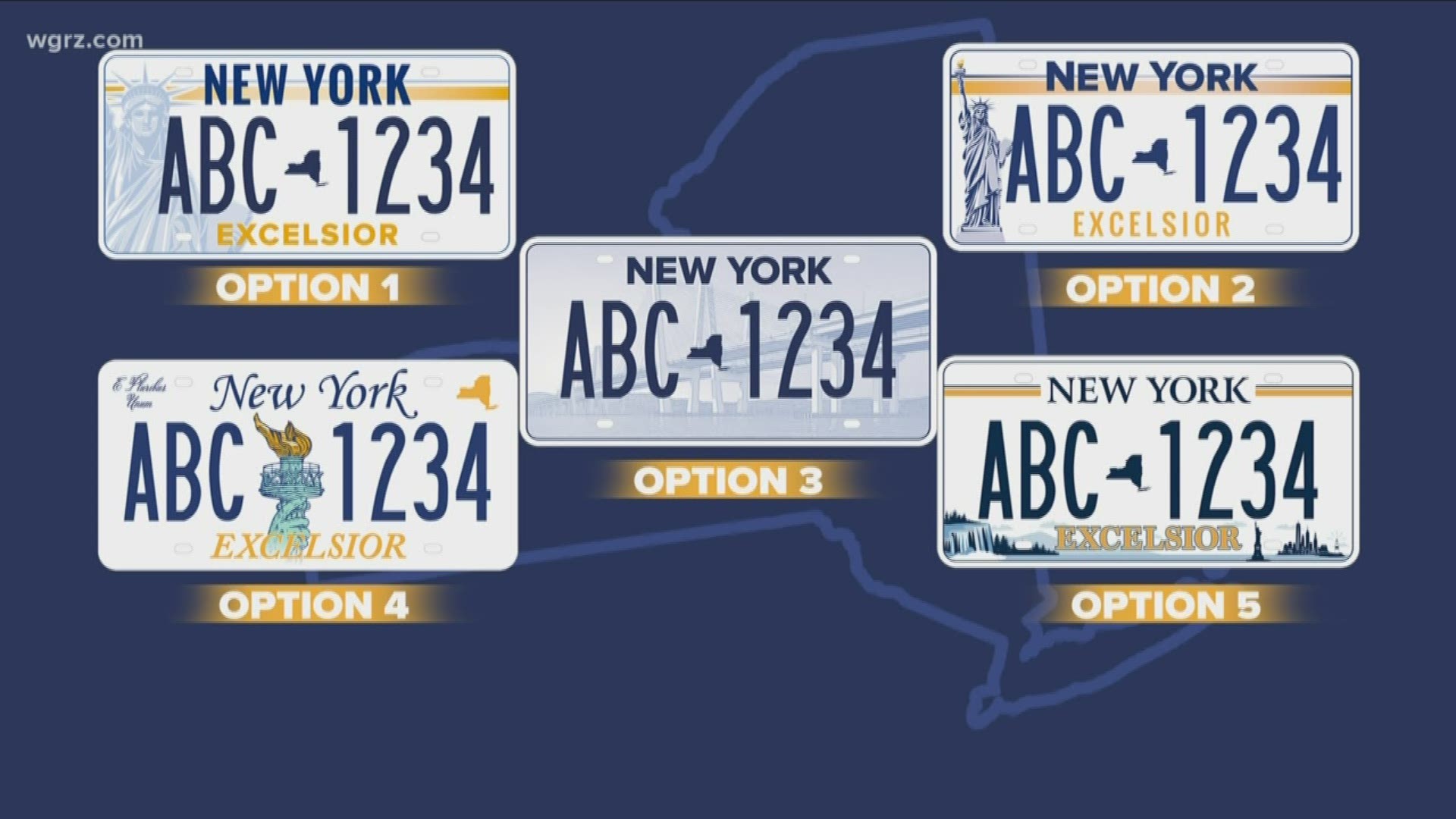 The Cuomo administration crafted its mandated plate replacement program in a fashion in which it does not require legislative approval.

However, Ortt said that if lawmakers can't stop it, they can mitigate it through his bill, which would basically tell the DMV that while it's free to issue the new plates, they have to be issued ... for free.

"The fee is waved under this legislation," Ortt said, claiming opposition to the mandated plate replacement is "universal" by noting that a similar bill has been proffered in the State Assembly by a member of the majority Democrats.

As a Republican, Ortt is in the State Senate minority. But he may have an important ally in the form of NYS Senator Tim Kennedy (D-South Buffalo), who chairs the Senate Transportation Committee.

In a statement to Two on Your Side Friday, Kennedy said, "New York State drivers shouldn't have to foot the bill for a new license plate if they don't need one."

Kennedy's statement also made reference to the peeling plates, which have plagued New York motorists for several years.

"The state should be responsible for replacing plates that are defective, at no cost to drivers. Many questions still exist regarding the manufacturing of new plates, and New York should first and foremost be ensuring that the problems that plagued defective plates are truly fixed at no cost to taxpayers," Kennedy said.

Earlier this week, 2 On Your Side reported that the state has hired a new firm to provide the coating material on licence plates in hopes of stemming the problem.

The Governor, who on Monday announced a contest for the public to vote from among five new designs for the state's next license plate, claims they are necessary because older plates may not be not easily read by by E-ZPass and future cashless tolling systems, even though the New York State Thruway Authority says those systems have experience no problems in reading the plates.

Ortt called the Governor's claim bogus and called the contest a charade.

"I've had my plate for several years. I go through and there's no issue I'm aware of," Ortt said, while noting the State Thruway Authority also reports no problems reading aged license plates.

"And this contest with the new designs is all just a smokescreen in my opinion to deflect away from the attempt by the state to squeeze more money from motorists."

Ortt suggested the contest is rigged to favor a design depicting the new Tappan Zee Bridge, which Cuomo pushed legislators to name after his father, the late Gov. Mario Cuomo.

Cuomo says it is only fair that motorists, instead of the general taxpayers at large, pay for new plates, because they are ones who use them.

According to the NY State DMV, there are approximately four times as many vehicles registered in upstate New York and Long Island than there are in New York City.

Ortt noted those areas of the state are where the majority of its Republicans reside, who would be most effected by the plate replacements, as opposed to New York City, which is the stronghold of Governor Cuomo's democrat base.

He found it hypocritical that the governor who often claims President Trump is undertaking policies to hurt "blue" states such as New York, would himself take action that would adversely impact "red" areas of New York State.