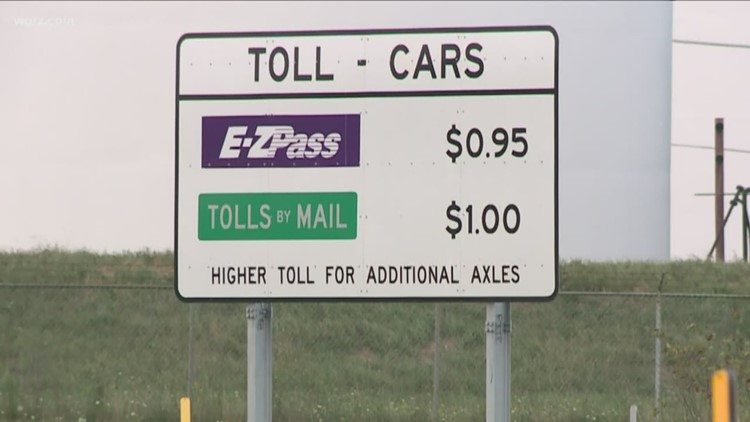 NYS in final days of negotiations with Canada over collecting tolls

BUFFALO, N.Y. — 2 On Your Side has been holding New York State accountable on the lack of a deal with Canadian governments to let the Thruway Authority bill drivers from Canada at the cashless tolls.

Right now, Canadian drivers don't have to pay when they go through the cashless tolls if they don't have E-Z pass.

Two months ago, Lieutenant Governor Kathy Hochul told us she expected a deal within a month or two.

Ten days ago, she said she expected one "very shortly" and hoped to have news the next time we talked to her.

So on Monday we asked, 'where's the deal?'

"We are literally in the final days of our negotiations with the Canadian Government, the province of Ontario to resolve the situation which has been profoundly unfair." said Hochul.

"I spoke with the head of the Thruway Authority last night. I also spoke to the Minister of Finance for the Province of Ontario in my office a few days ago and impressed on Ontario particularly how urgent this is to get this resolved. So stay tuned, this will be resolved very shortly."

2 On Your Side has also requested, through the freedom of information law, to find out how much money the thruway authority has lost by not being able to bill Canadian drivers. Officials have told is again, as they have for months, that they need more time to get that information.