The NRA came out this week against Cuomo's bill, urging members to contact lawmakers in the closely divided Senate and push for its defeat. 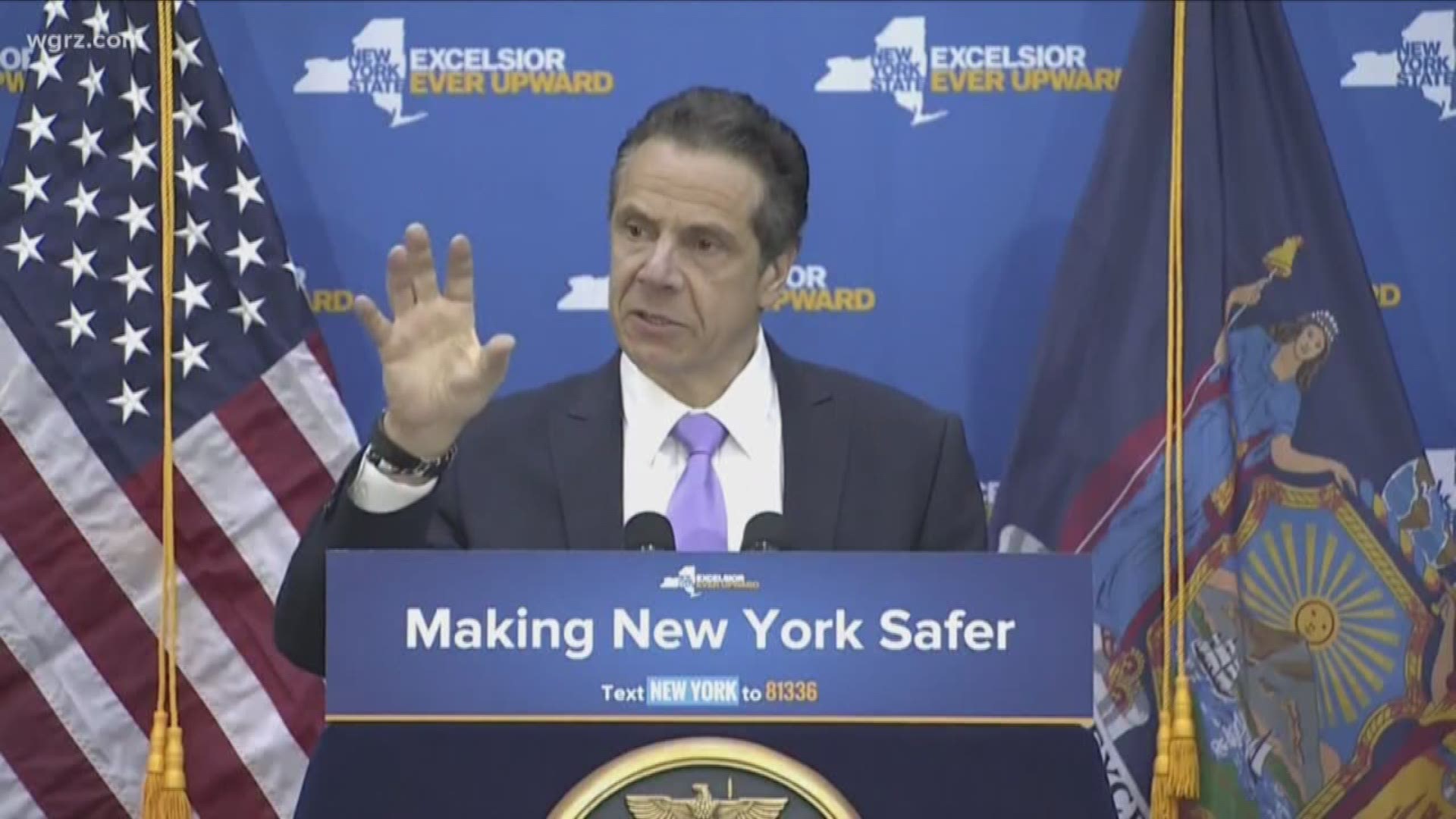 The NRA came out this week against Cuomo's bill, urging members to contact lawmakers in the closely divided Senate and push for its defeat.

Cuomo's legislation would allow school officials and family members to seek a court order blocking someone from purchasing or possessing firearms in New York if they pose an "extreme risk" to themselves or others.

It is expected to pass the Democrat-dominated state Assembly on Wednesday.

The NRA, however, is focusing its efforts on the closely divided state Senate, where Republicans who control the chamber have yet to introduce the bill as the state's legislative session nears its scheduled close June 20.

"This bill is nothing more than anti-gun Gov. Andrew Cuomo pushing his extreme political agenda and continuing to wage war on law-abiding New York gun owners," the NRA's Institute for Legislative Action wrote Tuesday on its website, where it provided members information on how to contact their senator.

Cuomo, a Democrat who signed a series of gun-control restrictions known as the SAFE Act into law in 2013, often touts the NRA's disdain for him, flouting his "F" rating from the group as a badge of honor.
In recent days, Cuomo has traveled by school bus to schools on Long Island, the Bronx and the Lower Hudson Valley to draw attention to his bill, which would allow judges to issue "extreme risk protection orders" forcing a gun owner to surrender his or her firearms and preventing them from attempting to purchase new ones.

Any school official, family member or police officer would be able to file a sworn petition laying out the justification for an order.

In order to issue one, a judge would have to weigh whether the person has used or threatened violence against themselves or others, has violated a restraining order, has any pending charges involving weapons, has recklessly brandished a firearm or has any history of alcohol or substance abuse problems.

At a news conference at White Plains High School on Tuesday, Cuomo said the "red flag" bill would be a "model" for the nation.

Cuomo's push for the bill was ripped Tuesday by Senate Majority Leader John Flanagan, a Suffolk County Republican who controls which bills come to the floor for a vote.

In a statement, Flanagan accused Cuomo of being "disengaged and disinterested" in the legislative session's final weeks, questioning why he hasn't supported a Senate GOP plan to boost the number of armed resource officers in school districts that want them.

"(Cuomo) has put politics ahead of the public interest, and made it virtually impossible to achieve meaningful progress for the people of the state," Flanagan said.

There are 31 senators who sit with Democrats and 31 who sit with Republicans. Long Island Sen. Tom Croci, who had been the GOP's 32nd vote, returned to active military duty and his status for the rest of the session is uncertain.

Among those targeted in the advertisements are Sen. Terrence Murphy, R-Yorktown, Westchester County, according to the New York Daily News.