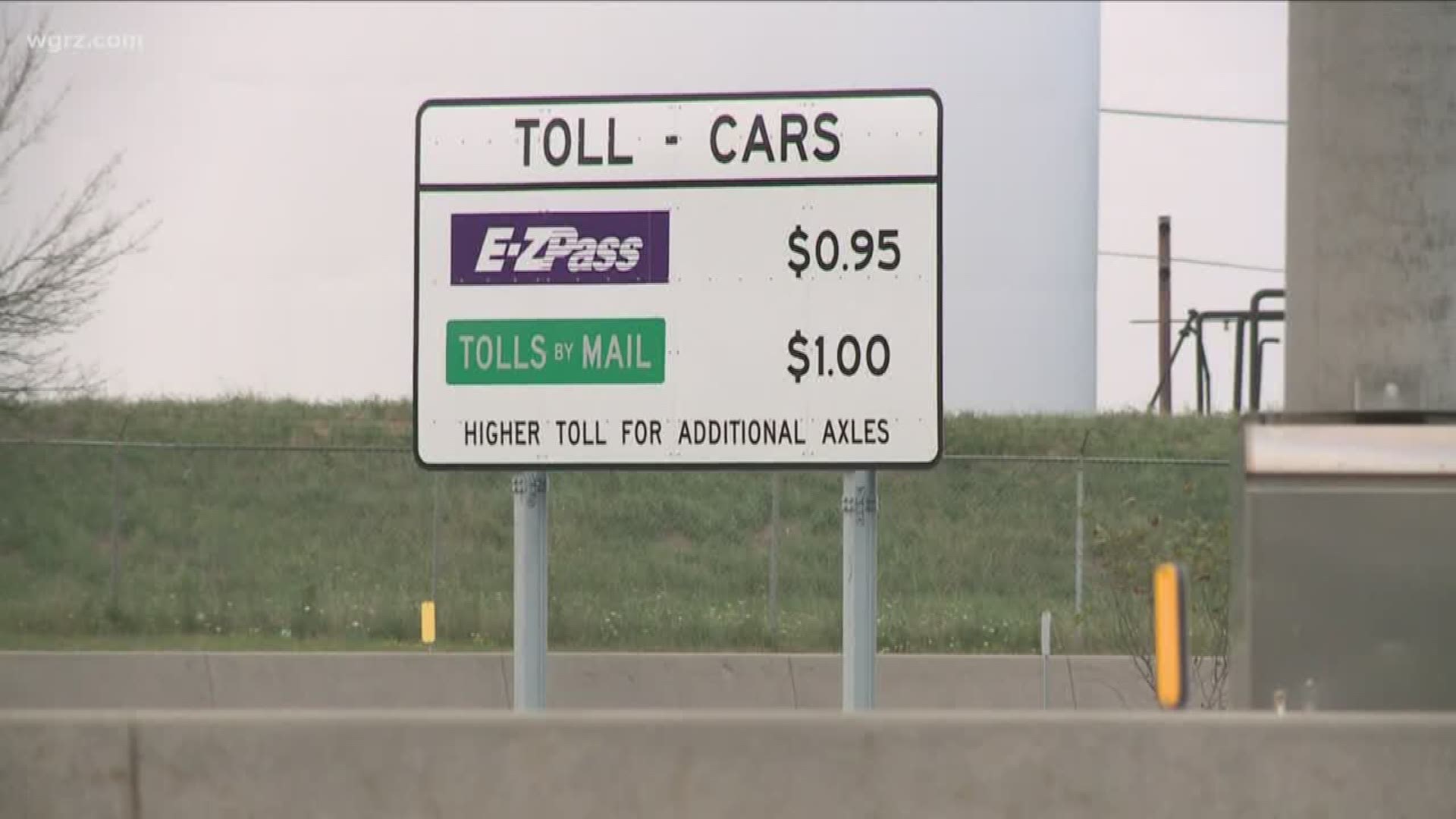 State crews started work in Syracuse and Albany this week on a $355 million project to replace all of the booths along the Thruway with the overhead gantries like the ones at the Grand Island bridges.

Officials also put up a website showing where and when the tolls will be going in, with that work scheduled to be done by the end of next year.

The new gantries won't actually turn on until they're all done.

"The whole system will be done by the end of 2020, so when we turn it on, when we flip the switch, the entire state will be cashless at the exact same second," says New York State Thruway Authority Executive Director Matthew Driscoll.

That also means that unless things change, Canadian drivers without E-Z pass won't have to pay tolls at any part of the Thruway since there's no deal with the Ontario or Quebec governments to collect based on license plates.

2 On Your Side has repeatedly asked for numbers from the state on how much money is being lost at the Grand Island tolls because of that.  The state still has not released them.