Governor Cuomo denies the allegations of sexual harassment and says he will not resign. 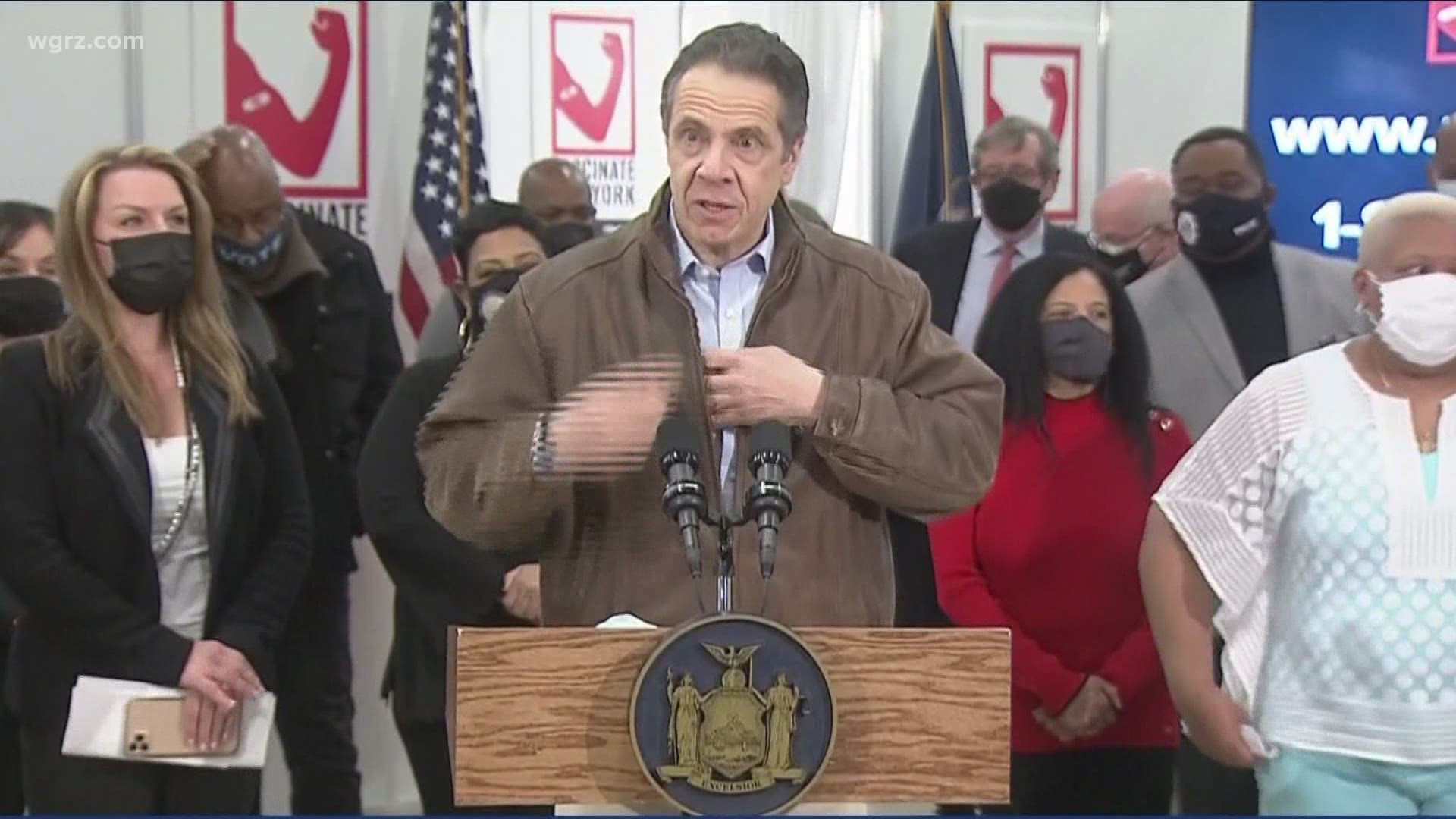 ALBANY, N.Y. — The chair of the state Assembly's judiciary committee says it could take “months” to determine whether Gov. Andrew Cuomo should be impeached after multiple women accused him of sexual misconduct and questions remain about his administration's undercounting COVID-19 deaths in nursing homes.

Chair Charles Lavine said hired lawyers on behalf of the committee will meet with witnesses and examine documents to “assess whether there’s evidence that the governor has engaged in conduct that justifies articles of impeachment.”

The investigation will also include questions about the state oversight for proper construction of the Mario Cuomo Bridge.

Lavine issued a formal statement of non-retaliation to the governor and his office. Lavine said "In other words putting the governor on notice that he and his employees and allies should take no steps towards intimidating any witness or any potential witness."

Assemblymember Monica Wallace who sits on the committee says she feels the Davis, Polk, Wardwell firm and its attorneys have the experience and background to handle it.

Those were elements of the high profile federal investigations of a top Donald Trump aide and the 2016 election and alleged foreign interference.

Those attorneys include former federal prosecutor Greg Andres who took part in that Mueller investigation. He was asked about confidentiality and access with the Judiciary committee and responded, "We certainly understand that we will not be trying this case or investigating it in the press and we'll work with the committee to both balance the confidentiality and the need for transparency."

Wallace also says there were assurances that there were no conflicts of interest with the law firm. Some Albany observers had pointed out that a former partner of the firm who retired is the husband of Chief Justice Janet DiFiore who was in turn appointed by Cuomo and could take part in a potential Senate trial if he is impeached.

Wallace adds that those investigator - attorneys would have access to subpoena power, "If they're not going to be having subpoena power - they can come to us and we can say yeah - we will issue the subpoenas."

Wallace and other committee members pushed back against some GOP criticism that this is a stalling tactic by the Democrat majority legislature to allow Cuomo to remain in office for now. Wallace, who is a Democrat, said this is part of the due process effort and the investigation can focus on the truth in these cases.

Key issues for the legislative impeachment probe remain unresolved. The majority of state lawmakers and members of New York’s Congressional Delegation have called on Cuomo to resign.

Cuomo has faced at least seven allegations of sexual harassment or inappropriate behavior over the past few weeks, some coming from former aides. Governor Cuomo denies the allegations and says he will not resign.