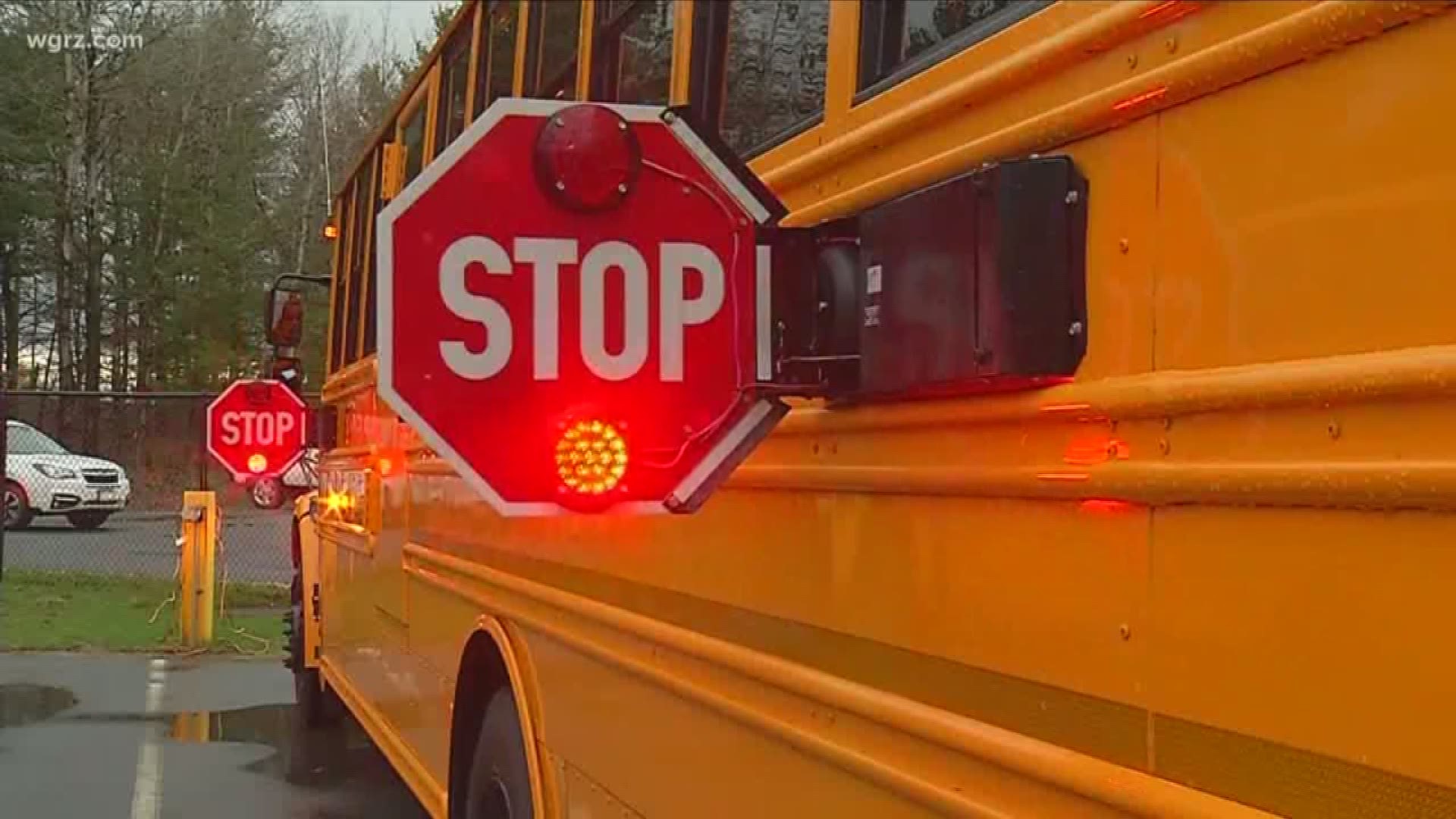 The measure is one of several state lawmakers are hoping to pass to improve school bus safety before the legislative session ends next week.

Advocates said the bills are critical to ensuring the safety of students heading to and from school, citing studies that show more than 50,000 drivers a day illegally pass school buses in New York.

"In these final crucial days, we have the opportunity to pass measures with important and even life-saving impacts," Sen. Cathy Young, R-Olean, Cattaraugus County, who is sponsoring the bill.

In particular, lawmakers want a law to give schools the option to add cameras on school buses to catch cars that pass them when they are stopped and picking up children.

New York already has a fine of $250 for a first offense, as well as the potential for points on your license, if you are caught by police passing a school bus that has its stop sign out.

But that's only if the driver is caught by police.

The aim of the legislation would be to use cameras to catch drivers, who would then be sent a $250 fine in the mail.

If approved, drivers wouldn't be subject to points on their licenses if they are caught by the cameras, but would have to pay the fine.

The money would be split between the municipality and the school district to offset the cost of installing the cameras.

Lawmakers said the measure shouldn't be considered an unfunded state mandate: It would be optional for school districts, and money from the fines should help cover the cameras' costs.

Still, advocates were unable to put a cost on the cameras' installation and operation.

Assemblywoman Donna Lupardo, D-Endwell, Broome County, said the bill would at least give schools the option of adding cameras.

"This is a school option. It’s not a mandate. This gives school merely the option to do this if they want, and I think schools should have that opportunity," she said.

The state Association of School Pupil Transportation has pushed for the law, saying its own surveys of bus drivers found that more than 50,000 illegal school bus passes seem to occur every day in New York.

The bill has languished in the Legislature since 2013, but lawmakers were hopeful they had a breakthrough this year.

The bill was one of five that recently made it through the Assembly Transportation Committee, led by Assemblyman David Gantt, D-Rochester, where it has stumbled in the past.

Some lawmakers have raised concerns about adding more traffic cameras in New York, as well as the pressure that would be put on schools to install them.

But with no points being added to the fines and making the program voluntary, advocates said they hope they addressed skeptics' concerns.

"All too often we her about vehicles passing school bus with red lights," Sen. Rich Funke, R-Penfield, Monroe County, said.

"Even if it happens once, that’s once too often."

Legislators are also proposing the creation of a fund to promote awareness of school bus safety; doubling fines for drivers of large commercial vehicles that pass stopped school buses; and suspending licenses of those convicted multiple times of illegally passing stopped school buses.