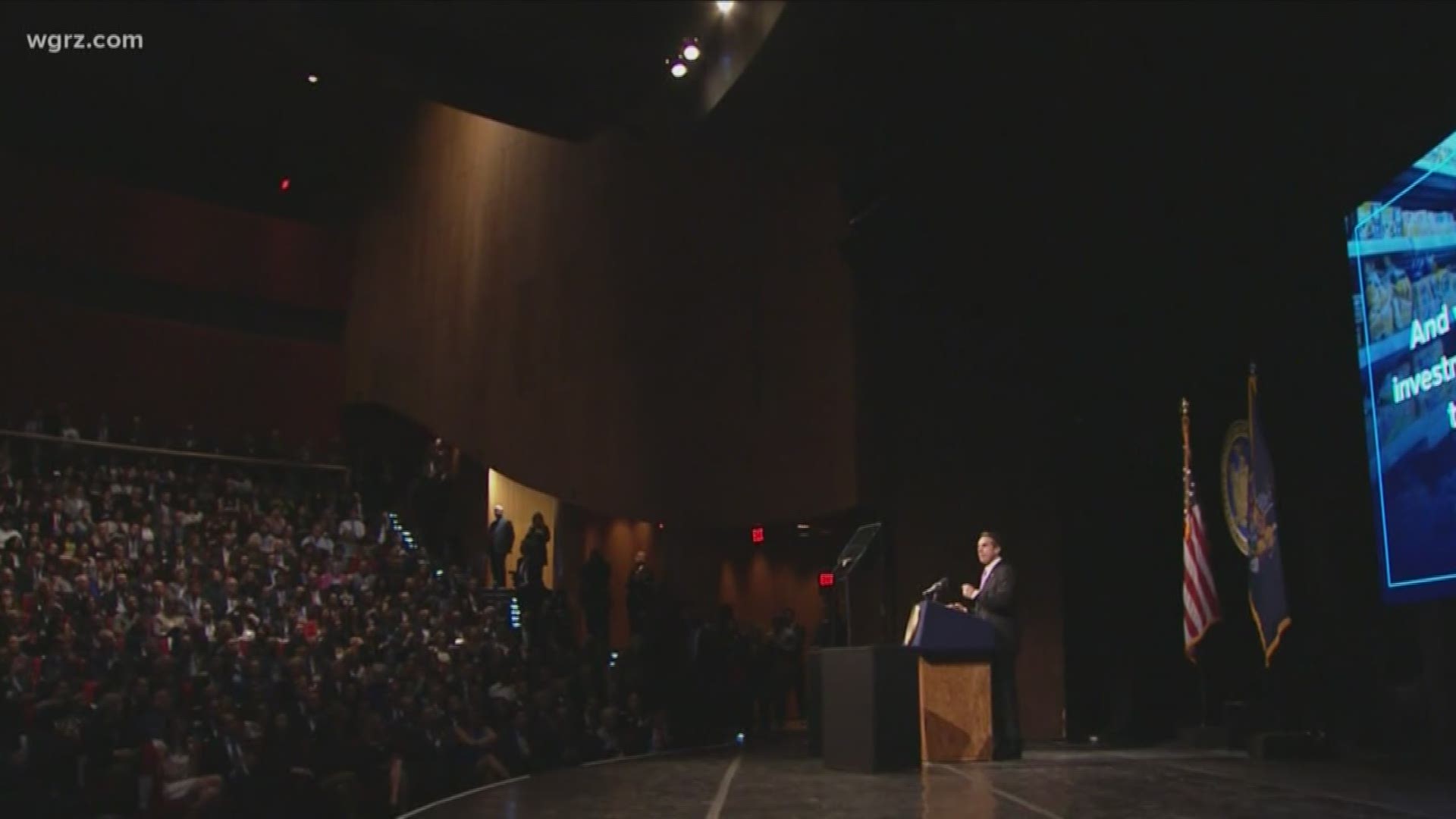 The $178 billion plan reflects an all time high for state spending.

Cuomo's plan to close the budget gap involves a combination of tax increases, cuts in aid to municipalities, and "tweaking" the medicaid formula, as rising medicaid costs were largely driving the deficit.

Adjustments to the current financing formula for medicaid had local governments worried that the governor would call for them to pay more of the bill.

Instead, the governor said they won't have to, if certain conditions are met.

How We Got Here

Several years ago, when Cuomo imposed a property tax cap on local governments,those governments were quick to complain that limiting their ability to raise taxes was making it difficult to make ends meet, especially with the rising cost of Medicaid, of which they pay 25 percent.

Cuomo later made a deal.

Local governments would still pay 25 percent, and the state would cover any additional growth in the cost of medicaid programs.

Perhaps misjudging how fasts those costs would rise, in just a few years the state, under Cuomo, found itself facing a $6 billion deficit.

According to the governor, about one third of New Yorkers, or about 6 million people, are on medicaid — the government insurance program for the elderly and poor.

"We're to have to make structural changes to this program," said Cuomo during his budget address Tuesday.

So now he's offering up a new deal, which he says will not only keep medicaid benefits in place, but will also come with no increase costs for local governments... as long as they meet certain conditions.

"Second, you have to manage the program and it can't go above three percent growth. If it does, the local government pays," Cuomo said.

Cuomo said a third prong to his formula involves an incentive to local governments.

However, in offering a classic 'carrot and stick' approach to local governments, the governor also showed them the back of his hand, by blaming them for what he said has been a failure on their part to adequately monitor their programs, leading to overspending.

Cuomo will impanel a Medicaid Redesign Team to identify further cost efficiencies on the state's end, but there's already word that he's also poised to raise taxes on private health insurance plans for 12 million other New Yorkers in order to help fund medicaid.

Cuomo's proposed budget includes $33 billion in taxpayer money to further the build out of renewable energy sources, including $9 billion for windmills.

Perhaps to further push his agenda toward so-called green energy, he is at the same time proposing to make the current ban on hydrofracking in the state permanent.

The budget also calls for an $826 million increase in school funding, but under a new formula Cuomo is proposing that 85 percent of that increase go to more impoverished districts.

While the increase brings state aid to schools to a record level, it is far short of the $2.1 billion increase sought by education interests.

Cuomo also called for expanding the Excelsior Scholarship program, which provides taxpayer funded tuition to SUNY schools, by raising the maximum household income to include families making up to $150,000 per year.

Not So Fiscal Matters

As is the case every year, the budget includes several items that have nothing to do with spending, but are instead policy bills which are part of the Governor's agenda.

They include such things as banning the sale of flavored e-cigarettes, banning sex offenders from riding New York City subways (but with no such prohibitions on public transit systems elsewhere)  and changing the state flag.

The advantage to the governor by larding up the state budget with items that have no impact on spending, is that he can then get a lot of his agenda passed at once.

It is also particularly helpful to the Governor when it comes to controversial items that might have a tough time passing in the legislature if they were proposed as bills on their own standing.

Lawmakers, who often complain of this practice, also use it as an excuse as to why they voted for something their constituents might not want by saying they had to vote "yes" in order to pass the budget.

**This story includes reporting from the Associated Press **