Sherry Vill, of Greece, NY, issued a statement, along with her attorney Gloria Allred, saying Gov. Cuomo kissed her on both cheeks inside her home back in 2017. 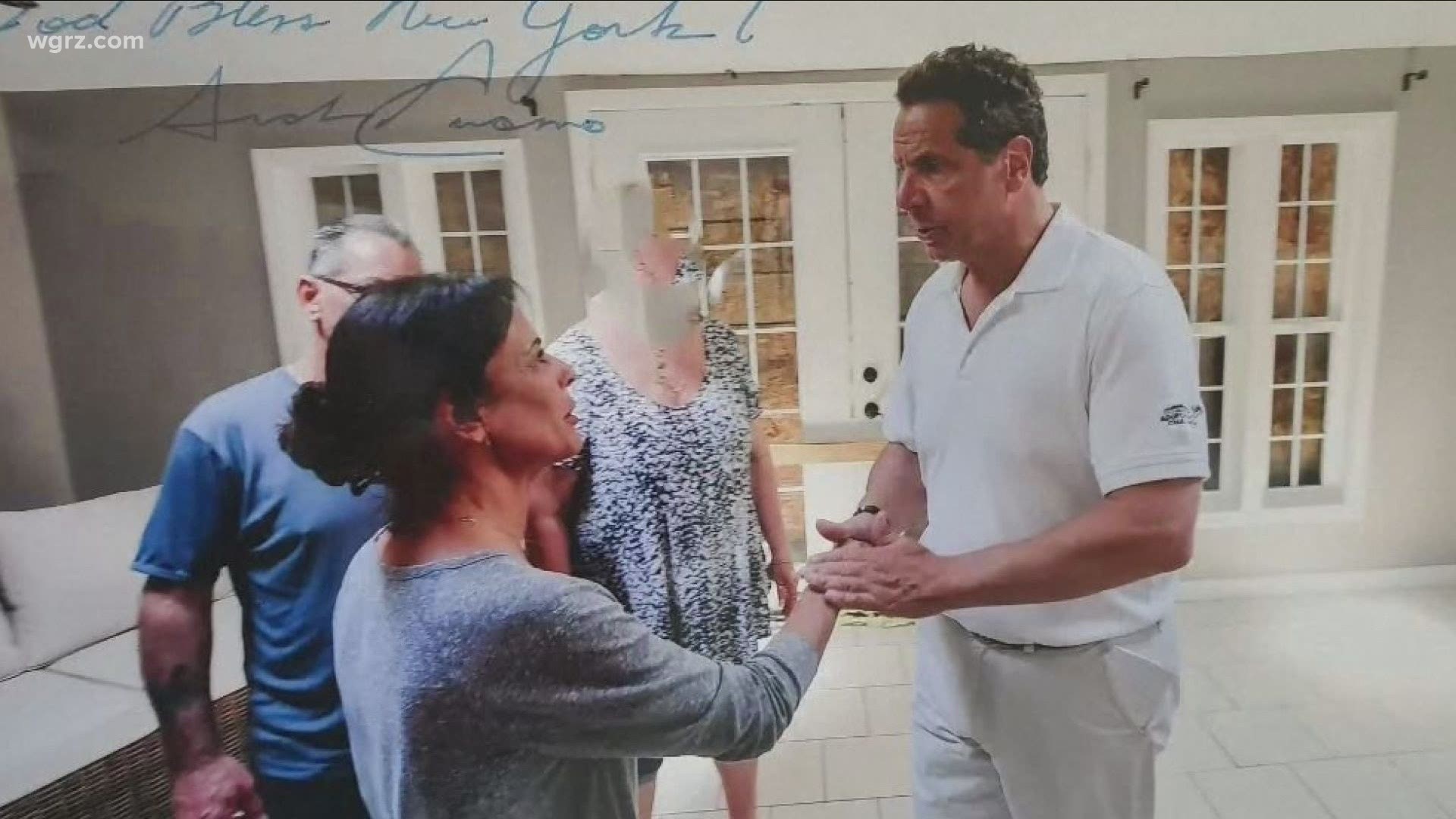 Several woman, including aides that worked for the governor's office, have come forward alleging sexual harassment, or inappropriate behavior, by the governor.

Sherry Vill, of Greece, NY, issued a statement, along with her attorney Gloria Allred, saying Gov. Cuomo kissed her on both cheeks inside her home during a press event in 2017.

They say Cuomo was in Greece to inspect damage to homes caused by Lake Ontario flooding and that his staff asked Vill if the governor could come into her house to view the damage.

Vill agreed and she says after she asked the governor, "Do you think that we have to live like this?" She claims the governor then came up to her and kissed her on both cheeks.

Vill says she later received a phone call from a Cuomo staff member if she would attend an event the governor would be at in town. She says she did not respond. She said she was afraid to report the incident and still is.

Following Vill's statement, Allred showed pictures taken from when Cuomo was at Vill's home. They also showed a blurry photo, a still frame from a video Vill's son took, of what they say is the governor kissing Vill. Allred says the video no longer exists and was deleted.

A law firm has also been retained to lead the impeachment investigation into sexual harassment allegations against Cuomo. The law firm Davis Polk & Wardwell LLP will lead that investigation.

Gov. Cuomo has recently avoided questions about the investigations, including attending several events that were closed to the press. He has, in the past, denied the allegations.

“During times of crisis, the Governor has frequently sought to comfort New Yorkers with hugs and kisses. As I have said before, the Governor has greeted both men and women with hugs, a kiss on the cheek, forehead or hand for the past forty years. I encourage everyone to look at other photographs from his visit to Greece, NY that day. https://www.flickr.com/photos/governorandrewcuomo/albums/72157681436495503/with/34167299663/

"Nothing described at today's press conference was unique in that regard. Three other related points concerning Gloria Alfred's press conference: (1) the July 19, 2017 letter from the Governor that Ms. Allred displayed was a nearly identical follow-up form letter sent to more than 30 people that the Governor visited to support and assist following the Lake Ontario flooding, and those form letters were signed with an autopen; (2) it is a practice of the Governor’s office to send signed photos to people he meets with after events, and those photos are regularly signed with an autopen; (3) it is common for staffers to contact constituents after events and invite them to a future event on a related topic.”