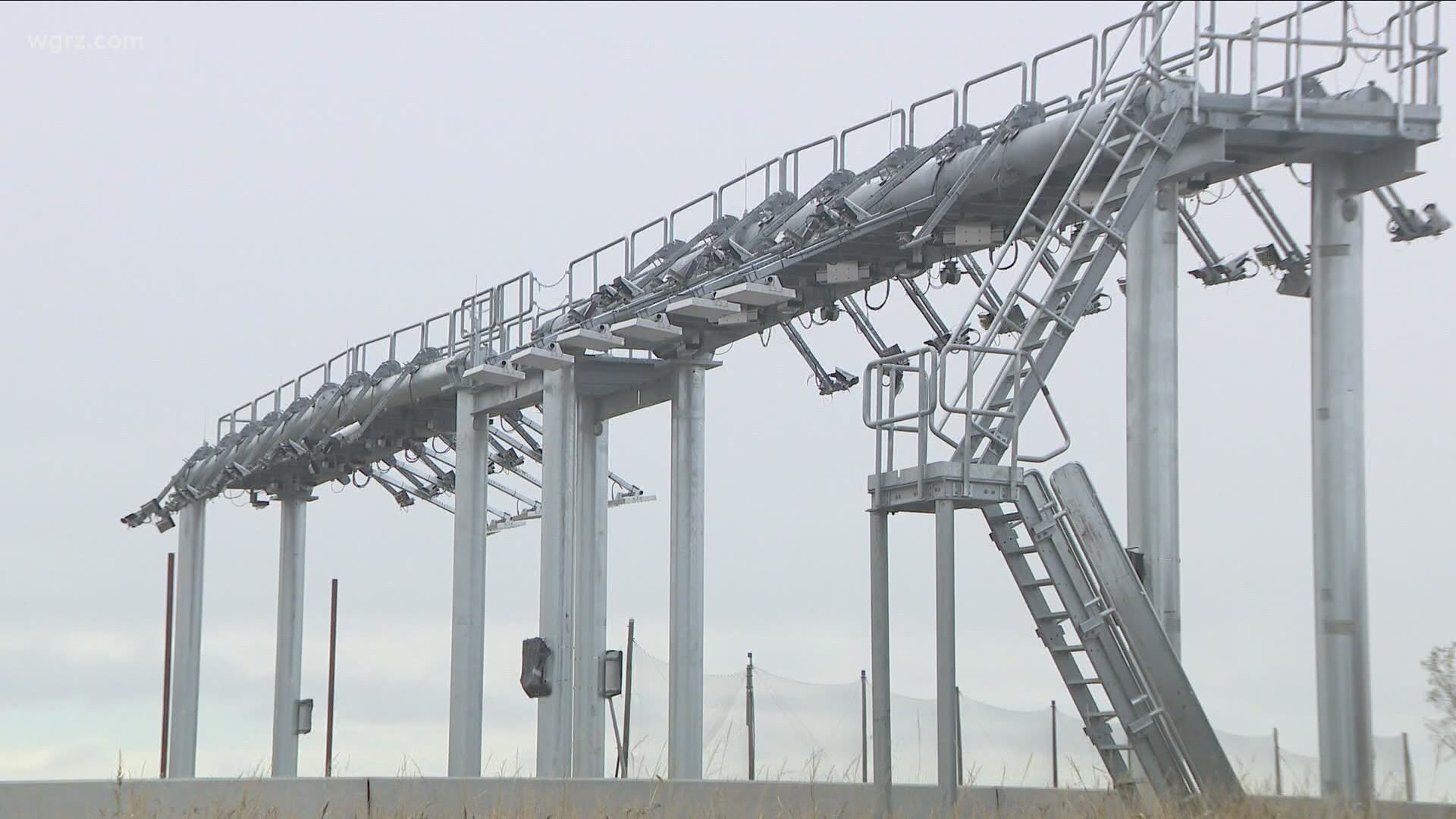 BUFFALO, N.Y. — Last week, 2 On Your Side reported on a problem the New York State Thruway Authority was having with the electronic toll readers at the former Lackawanna toll barrier.

The readers were not correctly reading EZ Pass tags on cars or trucks, which caused major overcharges for account holders.

2 On Your Side's Ron Plants was affected by the error. The reader recorded his license plate instead of the EZ Pass tag. Many viewers contacted him with the same issue.

A manager with Regional Logistics Group, a Buffalo-based distribution firm which sends 53-foot tractor trailers through those Lackawanna tolls, reached out to us as well. The company's Vice President Mike Hale told us, "We recently noticed the Lackawanna toll barrier - when we go through there a few months ago - we were getting charged seven dollars for a tractor trailer to drive to the Pa. line. And more recently it's been around 20 - 25 bucks."

As you can imagine that really adds up with anywhere from two to seven of their trucks going that way every day.  Hale added "Our EZ pass bill was around 250 to 275 dollars a week. Now we're seeing bills of 550 to 600 dollars."

And coming out of the pandemic, that hurts a company like Regional Logistic, which supplies goods to various retail outlets in New York, Pennsylvania and elsewhere. Hale points out "Every dollar counts. Employees are very difficult to find at this point in time. So as we're recovering that's one thing we don't need is additional costs "

After 2 On Your Side contacted the Thruway Authority about our story, we were able to put them directly in touch with officials at Regional Logistics Group to try to go through their records and figure out what went wrong. The Thruway Authority says it is working with the firm to correct their account.

A Thruway Authority spokesman says it was determined that a $25 dollar toll charge for a truck could actually be a surcharge from the firm which leases tractor trailers to Regional Logistics. But they also clearly admit that their toll reader at the Lackawanna barrier did not function properly and that license plates could be recorded for a much higher charge than the correct toll for the EZ Pass account.

The spokesman also says they have tried to determine which customers were affected and to reach out to them. He could not say how many customers have been affected or contacted, but would check into it.

He stressed that the malfunctioning toll reader equipment was immediately repaired in April, but could not provide an exact date or how long it was not working properly.

Many EZ Pass customers who have responded to WGRZ indicate they contacted EZ Pass on their own initiative after noticing the charges.

But many did not notice or were just puzzled why their credit card bills showed more frequent replenishment for their EZ Pass accounts.

As Hale says from a corporate viewpoint, "It's one of those things that most people or most businesses don't audit because it's a cost of doing business. We do notice when every time the New York State Thruway raises their rates that we do see the increase. But you would never normally look at one of these things as an audit item because it's supposed to be fairly straightforward. You put an EZ Pass in. You think you're getting charged the right amount. Next thing you know your bills have doubled."

Company officials with Regional Logistics say it is still clear that the Lackawanna electronic tolling did not function properly so they could not get the corporate rate they were normally charged through a firm which helps handle their EZ Pass account.

They also point out that the system apparently recorded the license plates on the firm's leased trailers instead of correctly picking up the EZ Pass account off the driven tractors which were towing them.

Finally, they stress this is a Thruway problem and that prior to the electronic tolling issue in Lackawanna they had no issues with tolls. They add that there have been no problems with their trucks using the Williamsville toll readers to head east on the Thruway.