91-year-old Joe Aiello of Henrietta participated in the Rappelling for Scouts at Kodak Tower. He has raised $53,000 so far

Two years ago, Joe Aiello of Henrietta rappelled down the side of First Federal Plaza in downtown Rochester.

On Friday morning, the 91-year-old again donned a borrowed Boy Scout shirt and rappeled down another Rochester skyscaper. Aiello was one of 96 people to rappel 240 feet down Kodak Tower Friday morning, a fundraiser for the Boy Scouts' Seneca Waterways Council.

"It was great up there," Aiello said shortly after his descent. "A little breezy, but great."

Aiello spent only around 10 minutes rappeling from the 19th floor of Kodak Tower, an experience he said was "a little different" than his previous rappeling experience, but also offered incredible views of downtown Rochester.

He said he could hear the large crowd of family and friends cheering as they watched his descent. Aiello also noticed workers snapping photos and waving as he went by.

The crowd cheered as Aiello touched down on the pavement.

Although he was a Scout for only one year (as a 12-year-old in 1938), Aiello said the organization had a great impact on his life and he wanted to do his part to help others.

A former restaurant worker and eatery owner, a Navy veteran and amateur home builder who dabbled in real estate, Aiello attempted to retire in the mid-'90s and barely lasted three weeks. For the past 25 years, he's worked as a part-time bartender at the Country Club of Rochester.

Aiello's initial fundraising goal was to surpass the $42,000 he collected for the cause in 2016. By Friday morning, Aiello had raised more than $53,000, again clinching his title as the oldest participant and top fundraiser in the event's 9-year history. Donations collected from more than 140 donors ranged from $3.65 to $10,000. Each rappeller is required at raise at least $1,000 to participate.

"I said when I did it the first time that I'd be back," he said. "It's a great cause and I have some great contributors. I'm glad to do it."

Aiello said he'll consider rappelling again in a few years, when he turns 95. 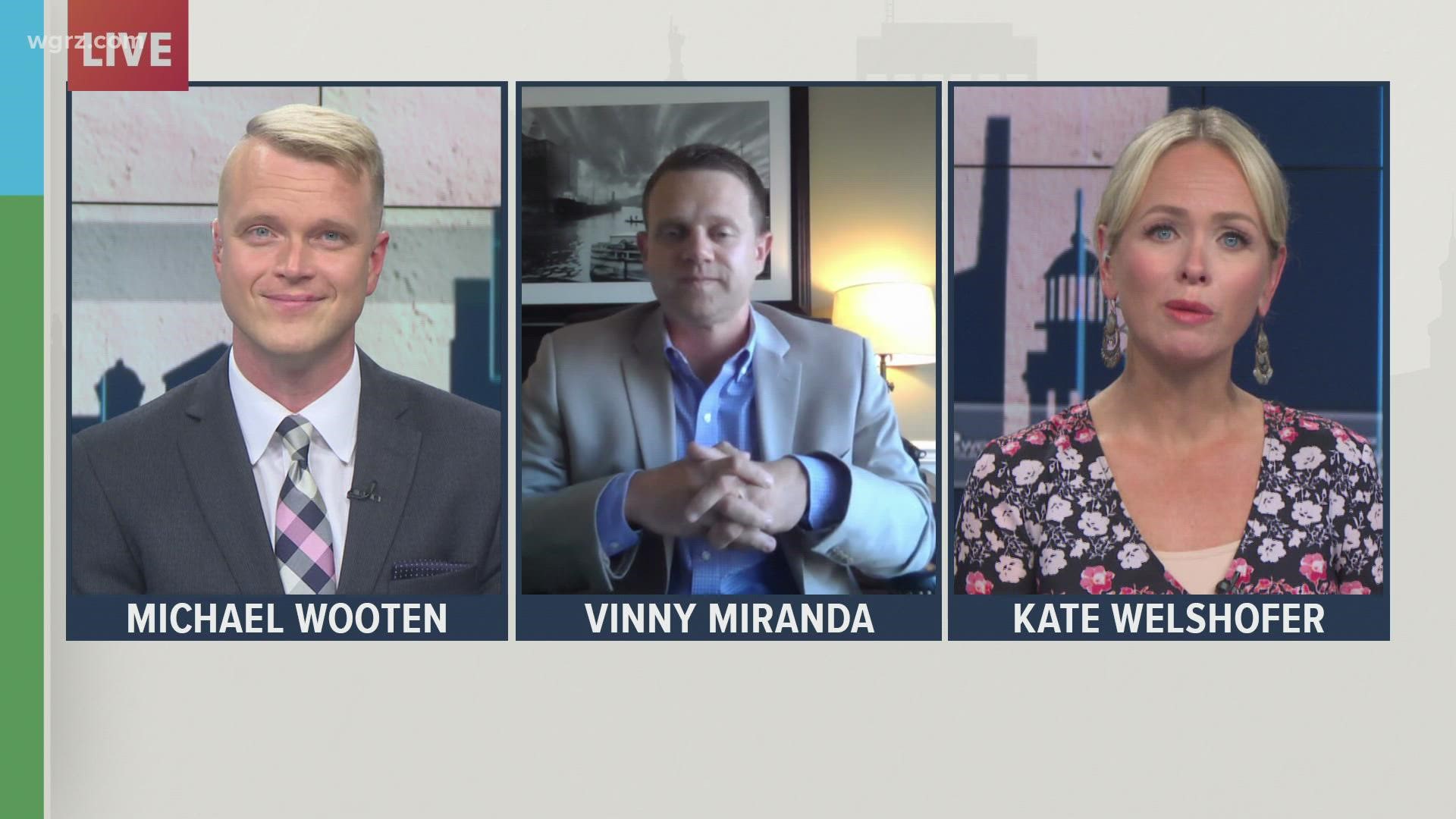