Currently, 41 senators stand openly opposed to the governor’s plan, which would make drivers with license plates over 10 years old to purchase the new plate for $25 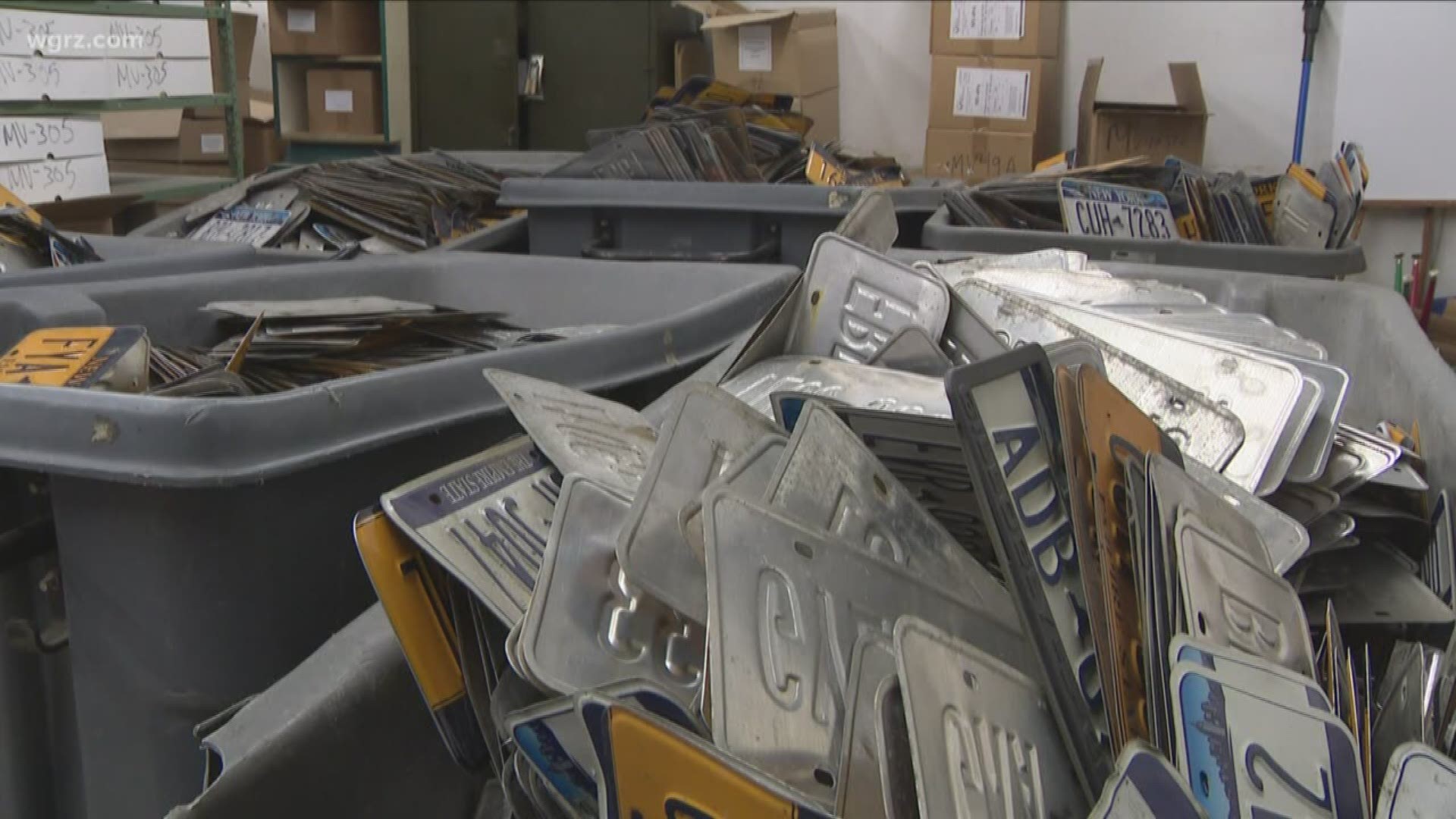 BUFFALO, N.Y. — 2 On Your Side recently followed up with the 62 members of the New York State Senate to see where they stand on Governor Andrew Cuomo’s decision to charge $25 fee for the required replacement of Empire Blue & White plates.

Currently, 41 senators stand openly opposed to the governor’s plan, which would make drivers with license plates over 10 years old to purchase the new plate with a $25 fee in April 2020.

Of these 41 senators in opposition, 40 responded to 2 On Your Side directly.

Sen. Bob Antonacci, (R-Onondaga) did not return our calls, but is one of 18 co-sponsors on a bill by Sen. Robert Ortt, (R,C,I,Ref-North Tonawanda). Ortt’s bill would waive the fee if a driver is mandated to replace their old plates.

Cuomo has argued that the necessity to replace older plates comes from concern over the ability to scan older, potentially damaged plates in cashless tolls.

The governor’s August 19 announcement of the plan also included the opportunity for the public to vote on the plate design they liked the best. Many in legislature though, have spoken out that they did not like the plan’s cost on the public, including Ortt and Sen. Tim Kennedy (D-Buffalo).

2 On Your Side previously reported that the state could make $75 million off the new plates.

Currently New York State law allows the DMV to charge up to $25 for license plate replacement, and several senators are urging for lower or no fees.

Senators James Skoufis (D-Hudson Valley) and Monica R. Martinez (D-Brentwood) have also proposed bills to the Senate. Sen. Skoufis’ bill is co-sponsored by Sen. John C. Liu (D-Queens) and would allow drivers with legible license plates to keep them, despite age. Sen. Martinez’s bill would make license plate replacement only required when more than one-third of the license plate is deemed damaged during an inspection.

The office of Sen. Gustavo Rivera (D-Bronx) responded to 2 On Your Side saying that he was undecided on his stance regarding the fee.

Department of Motor Vehicles Commissioner Mark J.F. Schroeder has responded to kickback from legislature with a statement emphasizing the fee for new license plates has been $25 since 2009 and sharing the governor’s updated stance on the fee.

"Some legislators have now expressed an interest in lowering the fee. The governor would like to lower the fee,” Schroeder said in the statement. “If the legislators are sincere and want to lower the fee immediately, although they haven't in the past decade, the governor has made clear he invites them back for a special session to do it.”

When contacted by 2 On Your Side regarding most Senators being in opposition to the plan, Cuomo’s office directed us to quotes from when Cuomo spoke with Alan Charlock, the host of Capitol Connections on WAMC/Northeast Public Radio on September 6.

The section of the interview referenced by his office mainly discusses needing a way to inspect plates for cashless tolls. The governor also expresses his frustration for the scrutiny over the fee’s cost, saying that the law has been in place for ten years, and calling legislators “hypocrites” for criticizing it after his announcement.

“Any legislator who criticizes it, because it has been there for ten years,” Cuomo says after being asked if he was calling Republicans, such as James Tedisco (R-Glenville), hypocrites.

“If you are an assembly person, you could have changed it any year; for the past ten years you’ve been in the majority," Cuomo said. "If you’re a Republican Senator, you could’ve changed it any year you were in the majority. It’s been $25 for ten years. It hasn’t gone up with the cost of inflation, et cetera. So, you are phony and you are a hypocrite.”

Cuomo also stated he is not sure how the state would inspect plates – if it would be through the yearly inspection or a visit to the DMV – but that he is open to allowing good condition plates to stay.

“Whatever is practical we will do, because if you don't have to replace the plate, if the plate is fine – fine," Cuomo said. "But, if the plate is not fine and you're charging other drivers because we can't bill you, that's not fair."

"If it's still readable you don't need to replace it," she said. "If you have to replace it, we'll make that as easy as possible."

Nineteen Senators did not respond to multiple calls and emails from 2 On Your Side for comment on their stance, nor were they co-sponsoring a bill directly relating to the required fee for the mandated replacement of old plates.