Numbers trending in the right direction despite continued re-opening, with no explanation for one day “glitch” in an otherwise downward trend. 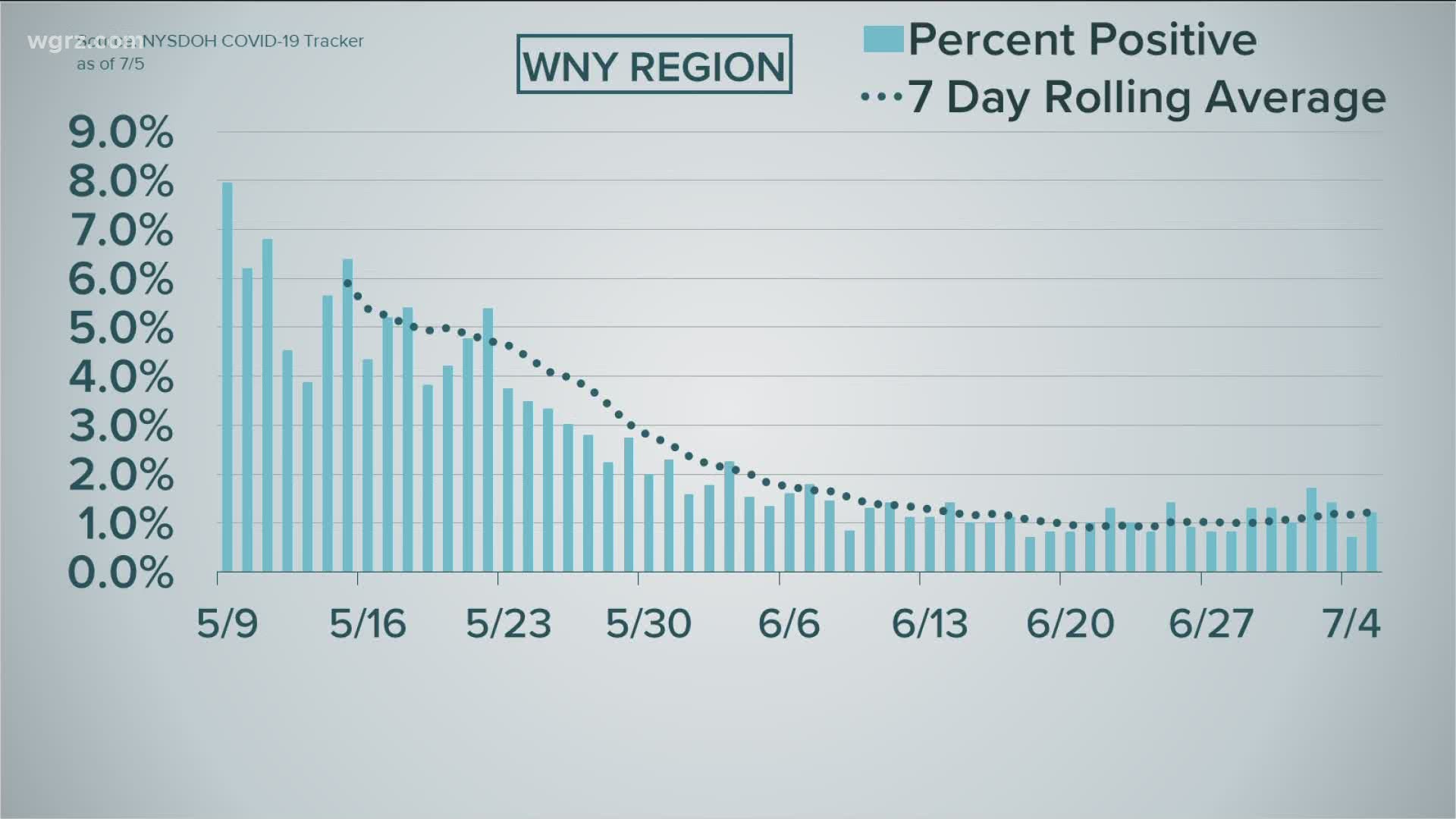 BUFFALO, N.Y. — According to the New York State Department of Health, last Thursday saw an uptick in Erie County, in both the number of positive new cases of COVID-19 (57) and the positivity rate (2.1%) …which just as suddenly drifted back down to the previous average of around 1% in subsequent days.

We contacted the Erie County Department of Health to see if it could offer an explanation.

In an e-mail, department spokesperson Kara Kane wrote: "We are seeing, and we will continue to see fluctuations in recorded new COVID-19 cases."

On or about that same date, the number of positive new cases, or the positivity rate, was up in several counties across upstate New York, particularly ones with urban centers,

Just like in Erie County, however, the numbers subsided in subsequent days.

Niagara County's Public Health Director Daniel J. Stapleton says with so many variables potentially at play, it would tough to explain the one-day spike.

But he also said it is of no grave concern, especially when 99% of those on average currently being tested don’t have the virus.

“Right now, our hospitalization rate (which some health experts count as the most important metric) is tremendous,” said Stapelton.

In fact, it can’t get much better as Niagara County had no COVID-19 hospitalizations as of Monday.

In a phone conversation with WGRZ-TV, Stapelton also said the general decrease in positive test results might well be attributed to an important denominator, which has changed over time, in terms of who gets tested.

Early on, when the availability of test kits was limited, tests were reserved only for those who had traveled to a ‘hotspot’, or came in contact with a confirmed case-- and who had symptoms.

Those are all factors which would tend to increase the odds of a positive diagnosis.

With testing opened to any individual who seeks one, people getting tested who aren't ill - or have no reason to think they might be – would tend to yield a lower percentage of positive results.

Meanwhile, Stapelton noted that more than half of the cases which have surfaced in Niagara County since Thursday morning are tied to senior living facilities, where he state requires weekly testing of all staff.