There are five options for people to choose from, and the vote runs through September 2. 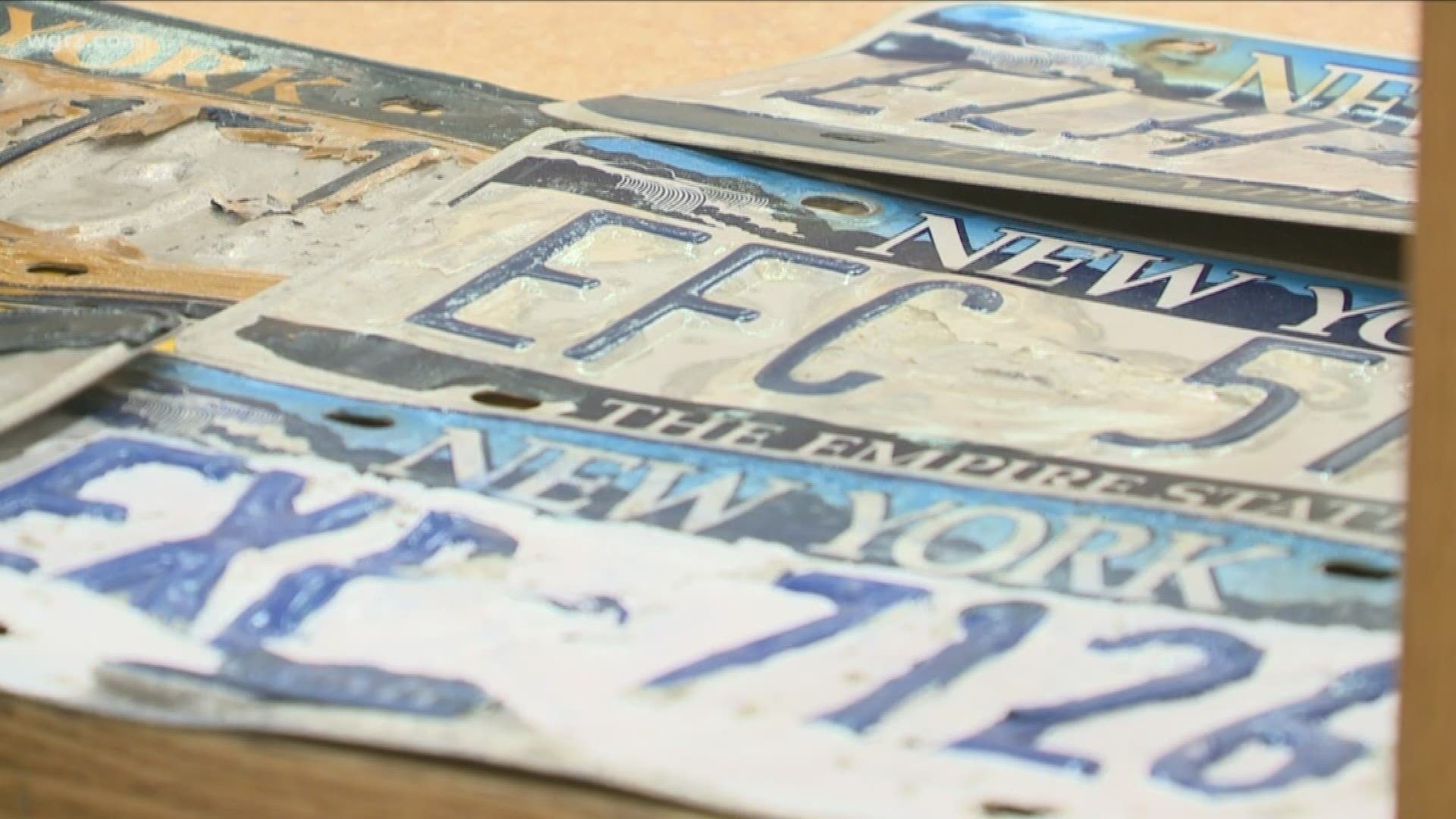 BUFFALO, N.Y. — With several of the current New York State license plates peeling, Gov. Andrew Cuomo announced a new online vote to pick the next license plate design. There are five options for people to choose from, and the vote runs through September 2.

The license plate with the most votes will become the state's official license plate, which will be available to customers beginning April 2020.

The new license plates will replace the Empire Blue & White plates along with the newer "Empire Gold" plates.

The new plates will replace the aging Empire Blue & White plates, most of which are more than 10 years old. Once the new plates become available, the Department of Motor Vehicles (DMV) will also stop issuing the Empire Gold plates and begin fully transitioning to the new design.

The new license plate will be part of a replacement program. When drivers renew registrations over the next two years, those with plates older than ten years will be issued new plates. A $25 replacement fee will be added to the cost of the registration renewal, and customers may keep their current license plate number for an additional $20 fee.

Erie County Clerk Michael Kearns told 2 On Your Side Monday he doesn't believe the new plates are necessary.

"The thing that concerns me is that as a former legislator I do know that many of the monies go into the general fund, so is this a money grab?" asked Kearns. "Well, New York State is in need of money to balance their budget. So, yes I do think it’s a money grab."

However, Cuomo says the new plates are necessary, saying the current license plates are old, damaged, hard to read and in need of updating.

"License plates are a symbol of who we are as a state and New Yorkers should have a voice and a vote in its final design," Cuomo said. "As the life span of the old plates comes to an end and we develop new ones that are as easy to read as possible, I encourage all residents to take part in choosing this piece of our state's history and the State Fair is a perfect place to do that."

Here are the five proposed designs:

RELATED: This fake license plate got an officer's attention and the driver arrested

RELATED: The yellow plates are peeling, too? Sadly, yes