State Police say Trooper Jennifer Czarnecki died over the weekend from illness connected to her assignment at the World Trade Center following the terrorist attacks. 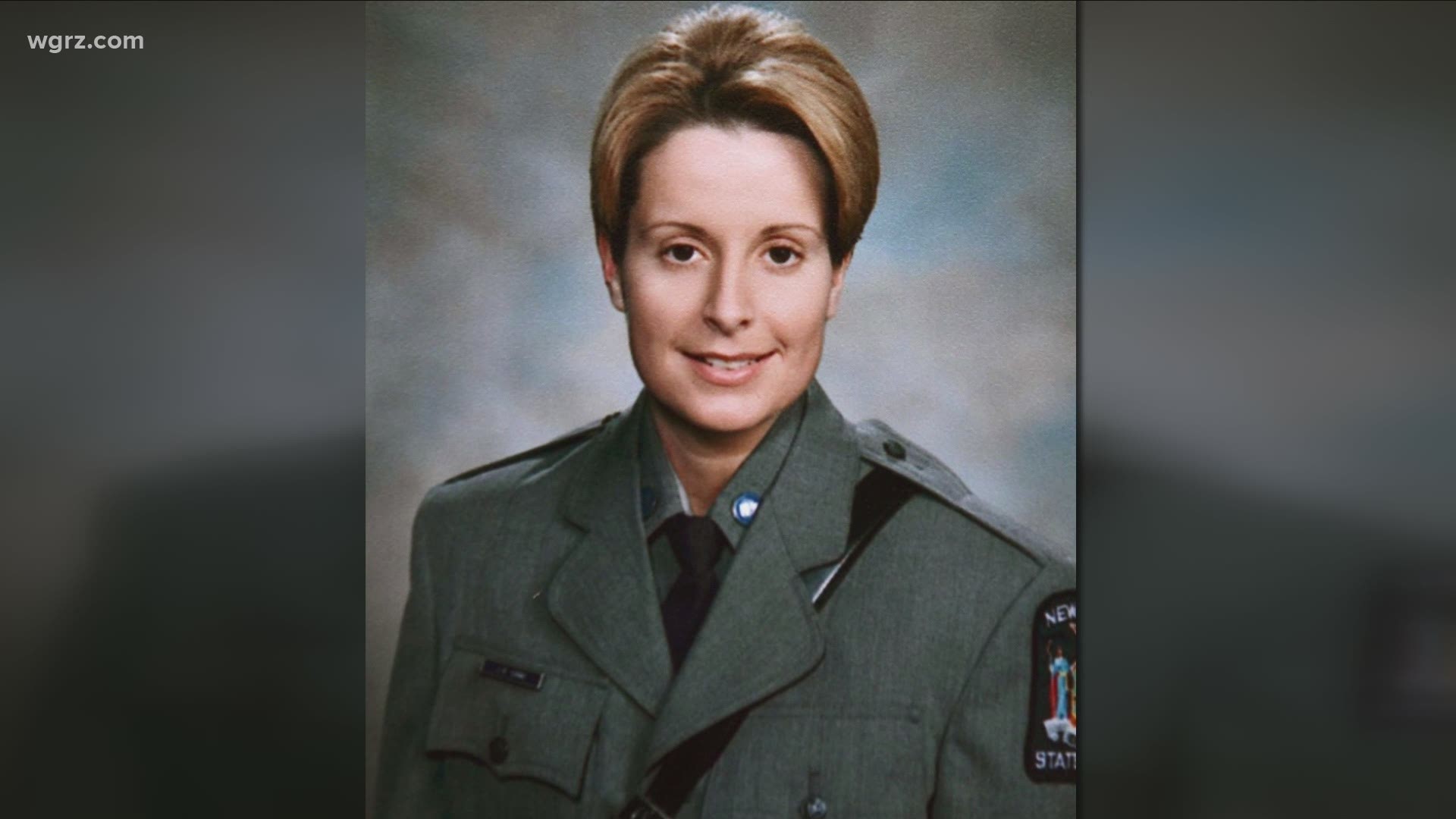 ALBANY, N.Y. — Calling hours and funeral arrangements have been announced for a NYS Trooper who died of illness connected to her assignment in NYS during the 9-11 terrorist attacks.

The interim leader of the New York State Police said that is was with a heavy heart that they announce the death of a trooper who most recently served in the Western New York area.

Acting Superintendent Kevin P. Bruen announced that Trooper Jennifer Czarnecki passed away over the weekend from illness related to her assignment at the World Trade Center following the September 11 terrorist attacks. While there, Czarnecki was assigned to aid with search and recovery efforts as part of a State Police detail.

Calling hours will take place Thursday, December 10 from 3 to 7 p.m. at the Watermark Wesleyan Church located at 4999 McKinley Parkway in Hamburg. A funeral service will be held at the same location Friday, December 11 at 11 a.m. Due to COVID-19 restrictions, seating inside the church will be extremely limited.

Trooper Czarnecki was sworn in to the State Police in October 2000 and retired last month due to her worsening illness. She was last stationed here in Western New York with Troop A out of the State Police Boston barracks.

Trooper Czarnecki is survived by her husband, mother and brother.