Governor Andrew Cuomo announced on Tuesday he is directing the Department of Health to create a workgroup to address use of tobacco. 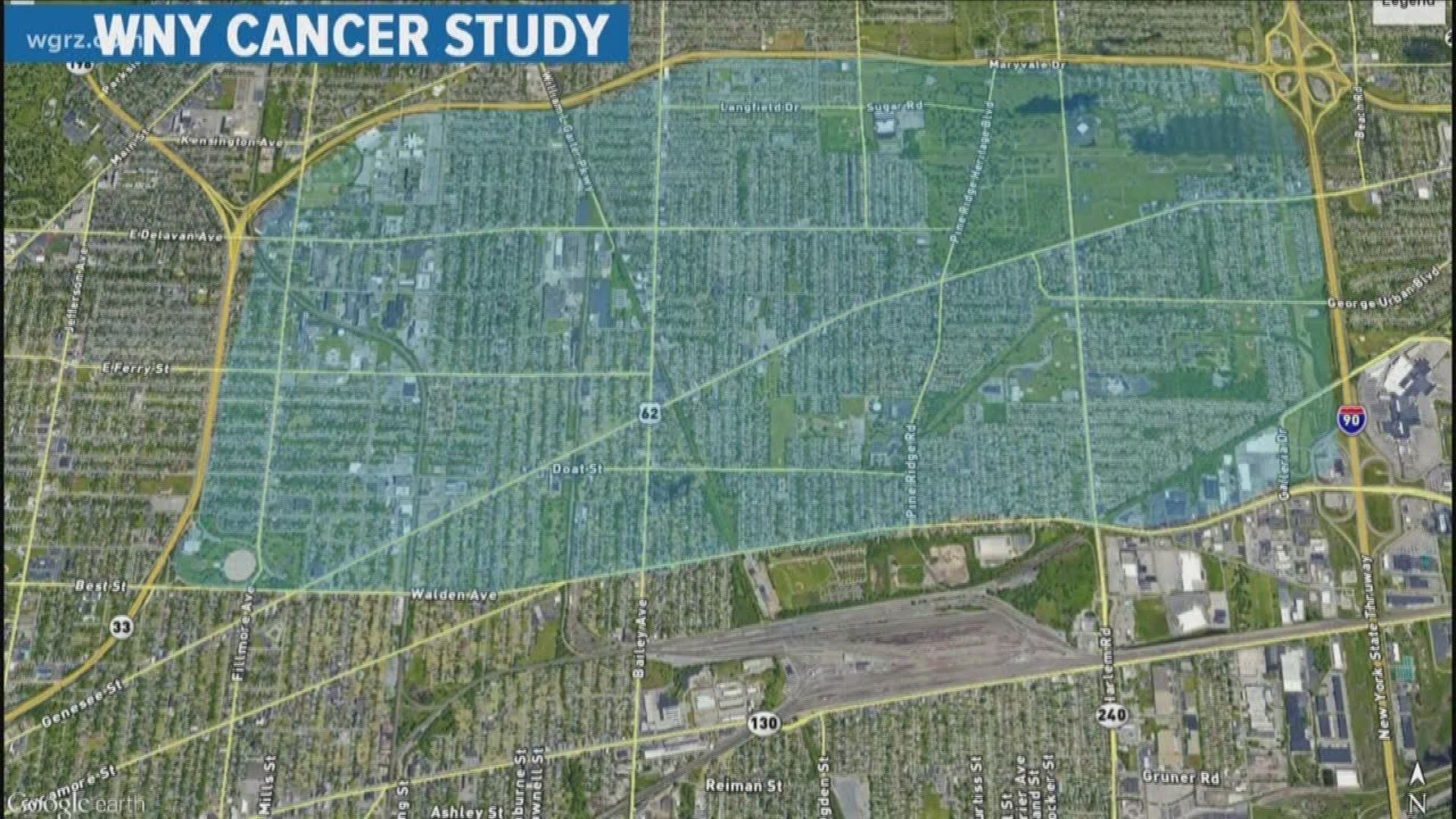 BUFFALO, N.Y. — In 2018 the New York State Department of Health launched a cancer study of four hotspots, including part of Buffalo's East Side and Cheektowaga. The year long study investigated why cancer rates were elevated in that community.

The state said higher smoking rates contributed to the higher rates of lung, oral, esophageal, kidney, and even to some extent colorectal cancer.

"The leading contributor that we found was high rates of tobacco use," said Brad Hutton, the deputy commissioner for public health for the New York State Department of Health. "Here in the local study area nearly 30 percent of adults which is more than twice the statewide average report that they are current smokers."

Other factors cited in the study were obesity, lack of physical activity and alcohol consumption. However, despite those results some people told 2 On Your Side they believe the reason is environmental.

"I believe that the cancer cluster started from the old General Motors parts plant on Delevan" said Alethia Cephus Cross of Buffalo.

During a community forum at the Buffalo Science Museum on Tuesday evening, 2 On Your Side took those concerns to the State Health Department.

"What do you say to those who don't believe the findings of the study, and say they believe it's environmental factors, particularly that have to do with the GM plant?" 2 On Your Side's Leanne Stuck asked Hutton.

"Cancer is complex and there are many different causes including our genetics, our lifelong behavior and our environmental exposure," Hutton said. "And so we would certainly say we continue to work closely with our colleagues at the DEC to protect the public from environmental exposures. Certainly there are many environmental carcinogens that we are concerned about. It really just means that we didn't find any of that to explain the cancer rates in this community."

Governor Andrew Cuomo announced on Tuesday he is directing the Department of Health to create a workgroup.

The group will have a representative from Roswell Park Cancer Institute and Erie County Health Commissioner Dr. Gale Burstein. They will make recommendations to address the higher rates of tobacco use in the area.