"We in law enforcement do not have the resources nor the legal authority to force you to do those things," the association said, in part. 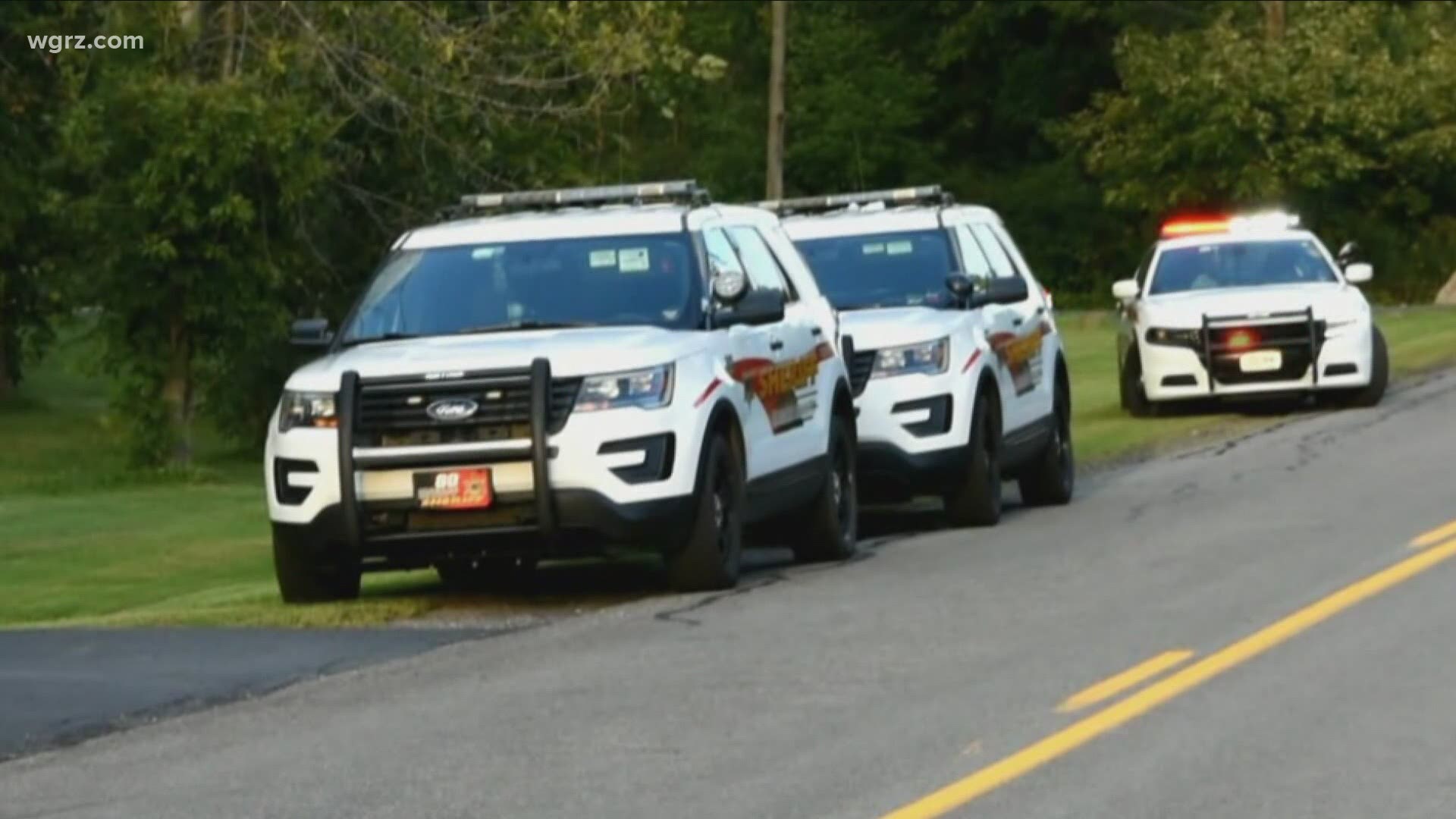 In a statement shared on Facebook by the Wyoming County Sheriff's Office, the NYS Sheriff's Association says, in part, that while they believe social gathering numbers are to be determined by science, they say a household limit, 'would be neither practical nor Constitutional.'

The full statement can be read below:

"Since the first COVID-19 orders issued by the New York State Health Department, Sheriffs across the state have been responding to thousands of complaints of violations of those orders. They have been doing what they can, within the law and the Constitution, to address those complaints.  The criminal laws have very limited applicability with respect to those complaints, and in most cases use of the criminal laws would be unwise.  Fortunately, our citizens have, for the most part, willingly complied with advice and encouragement to follow health directives. We think that is the best approach and we continue to advise and encourage all our citizens to comply with guidance issued by state and federal health agencies, and to exercise caution and common sense.  So far, that approach seems to have worked, helping New York achieve one of the lowest infection rates in the country – without having to apply heavy-handed law enforcement tactics.

Recently, Governor Cuomo issued an Executive Order which limits “non-essential private residential gatherings” to no more than 10 individuals.  That has caused great consternation among many of our citizens, who envision armed officers arriving at their doors to count the number of people around the Thanksgiving table.  Many Sheriffs and other law enforcement leaders have felt compelled to allay those concerns by assuring citizens that officers will not be randomly coming to their homes on Thanksgiving Day to count the number of people inside.  That would be neither practical nor Constitutional.  The Governor has responded by dismissing those serious concerns on the part of local law enforcement, saying, “Law enforcement officers don’t get to pick and choose which laws they will enforce”.  We find that comment ironic, and disingenuous, since the Governor has directed that his own State Police do not have to enforce the order.  Apparently, it is another case of “do as I say, not as I do”, such as we have seen with many other political leaders.  He has also called Sheriffs “dictators” for following the Constitution rather than his orders, which we also find ironic.

We do not know if the Governor’s limit on home gatherings to ten individuals is the right number or not.  That is a decision for science, not us, to make.  We do know, however, that the Governor has attempted to foist upon local law enforcement an impossible task.  How are officers to know, without violating citizens’ right to privacy and other Constitutional rights, how many people are in the home?  How are they to determine if the family gathering is to be deemed “essential” or “non-essential”?  If twelve people normally reside in the home, are the officers to order two of them to move out?  If eleven individuals are found to be present in the home, who is to be charged with violating the order, all eleven or just the last guest to arrive? Or is it only the homeowner who is in violation? Are officers really supposed to arrest guests who don’t stay 6 feet apart or who fail to have on their face masks during dinner?

All of those are serious questions which make it impossible for law enforcement to know how to legally enforce the Governor’s order.  They are questions that could have been addressed if we had a functioning State Legislature, creating clear and enforceable laws after input from those who would be impacted by them. Instead we are faced with an unenforceable dictate issued without any consultation with law enforcement or the public as to enforceability.

We believe that rather than issuing orders that cannot be practically enforced, and then blaming law enforcement when they are not enforced, the Governor would better serve the people of New York if he were to use his position to encourage citizens to use common sense and voluntarily adhere to the guidance of state and federal health officials.  We would gladly join him in that.  We know the citizens of our communities, and we believe they would be far more likely to voluntarily follow his recommendations than his orders.

In conclusion, we urge all our citizens to keep informed on the best steps to take to protect themselves, and others, from the spread of this terrible disease.  We urge you to listen to our public health officials. We urge you to limit your exposure to those outside your household as much as you reasonably can.  If we all do that, we will sooner be able to get back to normal.  We in law enforcement do not have the resources nor the legal authority to force you to do those things.  It is a matter of individual responsibility and we are confident that you will all voluntarily rise to the occasion."

Both the Erie County and Niagara County Sheriffs have been vocal, speaking out against the household limit.

Erie County Sheriff Tim Howard says he doesn't plan to use his deputies to break up Thanksgiving dinner. Howard released a statement on Wednesday saying"

COVID 19 is a severe disease, and all New Yorkers should take it seriously. My office has been doing what we can, within the law and the Constitution, to help keep people safe during this pandemic.

Recently the governor issued an order limiting residential gatherings to no more than 10 individuals. He demands that Sheriffs, not his state police, enforce it. Unfortunately, what he has given us, we have no way to enforce his restrictions.
New Yorkers have a right to privacy and the right to be free of warrantless searches in their homes. For this reason, we cannot go into citizens’ homes to see how many people are dining there. We have taken an oath to uphold the Constitution, and the Constitution trumps the governor’s executive order.

I have not changed my position regarding Thanksgiving, and I encourage everyone to follow their heart and do what’s best for your family. Please be responsible and protect yourselves and others until we can defeat this disease.

Niagara County Sheriff Michael Filicetti told 2 On Your Side that his department has yet to receive any enforcement guidelines from the state when it comes to gatherings in private homes. The sheriff says he won't actively seek gatherings in violation of the governor's mandate.