Law enforcement warn about illegal fireworks ahead of holiday weekend

What happens if you spot someone firing off illegal fireworks this weekend? State and local police departments say there are consequences for those who are caught. 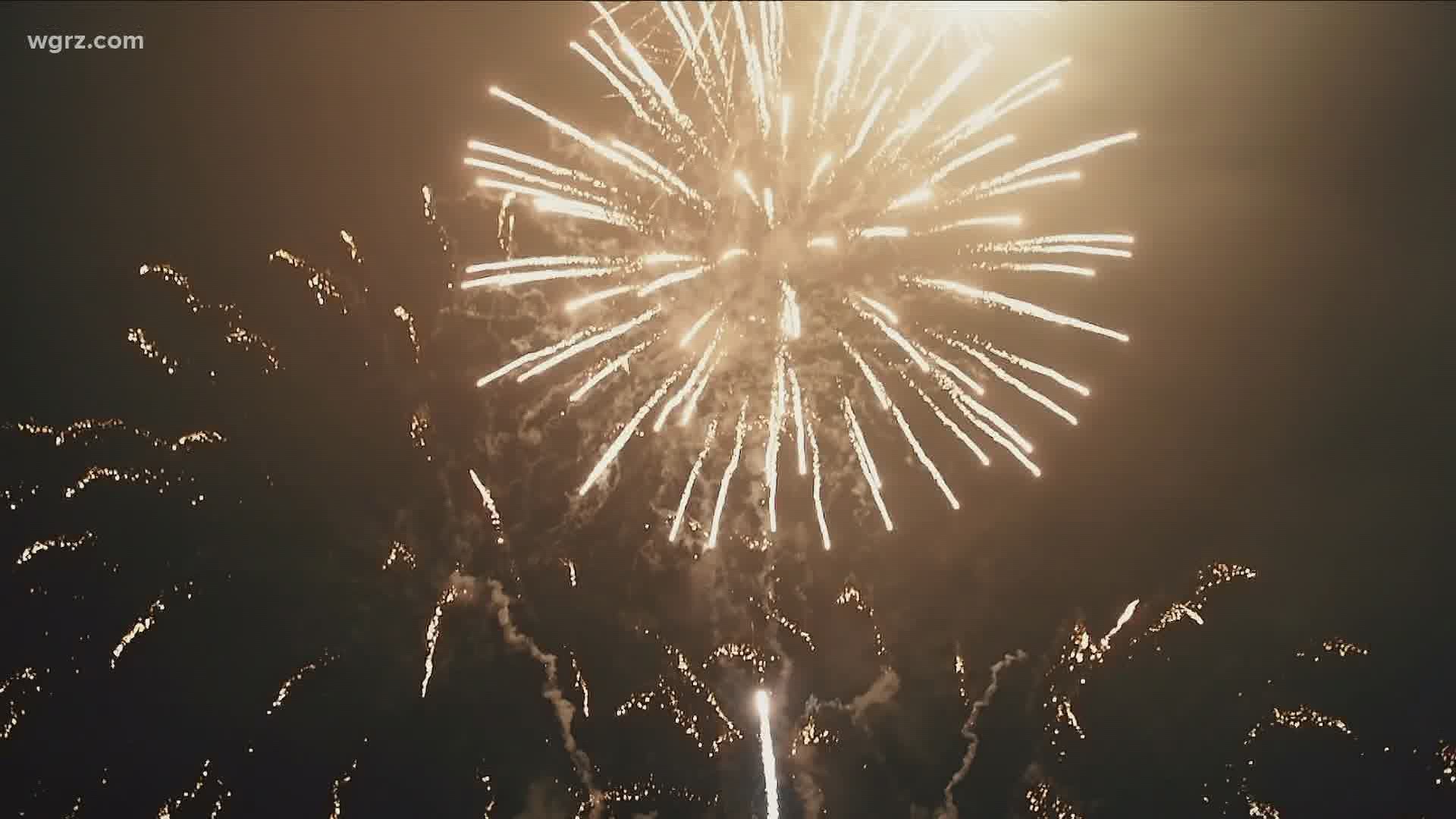 BUFFALO, N.Y. — If you are planning on having a professional-style firework show in your backyard to celebrate Independence Day, think again.

In New York State, sparkling devices that stay on the ground or are handheld are legal. Sparkling devices, when lit, throw colorful sparks, and they may have a colorful flame and and/or make noise. They may also make a cloud of smoke, but they do not go into the air or explode.

"One of the things you can have is ground based, I guess you could say fireworks but sparkling devices. So these are devices in which they don't leave a rapport or go up into the air and naturally explode," New York State Police public information officer James O'Callaghan said.

These are the only styles of fireworks available in stores and tent venues in New York between June 20 and July 5.

However, what happens if you spot someone firing off illegal fireworks this weekend?

O'Callaghan said if you are certain they are illegal fireworks or if it's happening outside local noise ordinance curfews you can call non-emergency 911 and law enforcement will respond.

This is what you could get charged with connected to illegal fireworks:

"Depending on what they have, how much they have, they can be charged," O'Callaghan said. "That is a penal law arrest that carries a hefty fine. It's a B misdemeanor so you are looking at up to a year in jail locally."