A suspect is in custody after an attempted traffic stop led to a chase, a car crash and a hostage situation Tuesday evening. 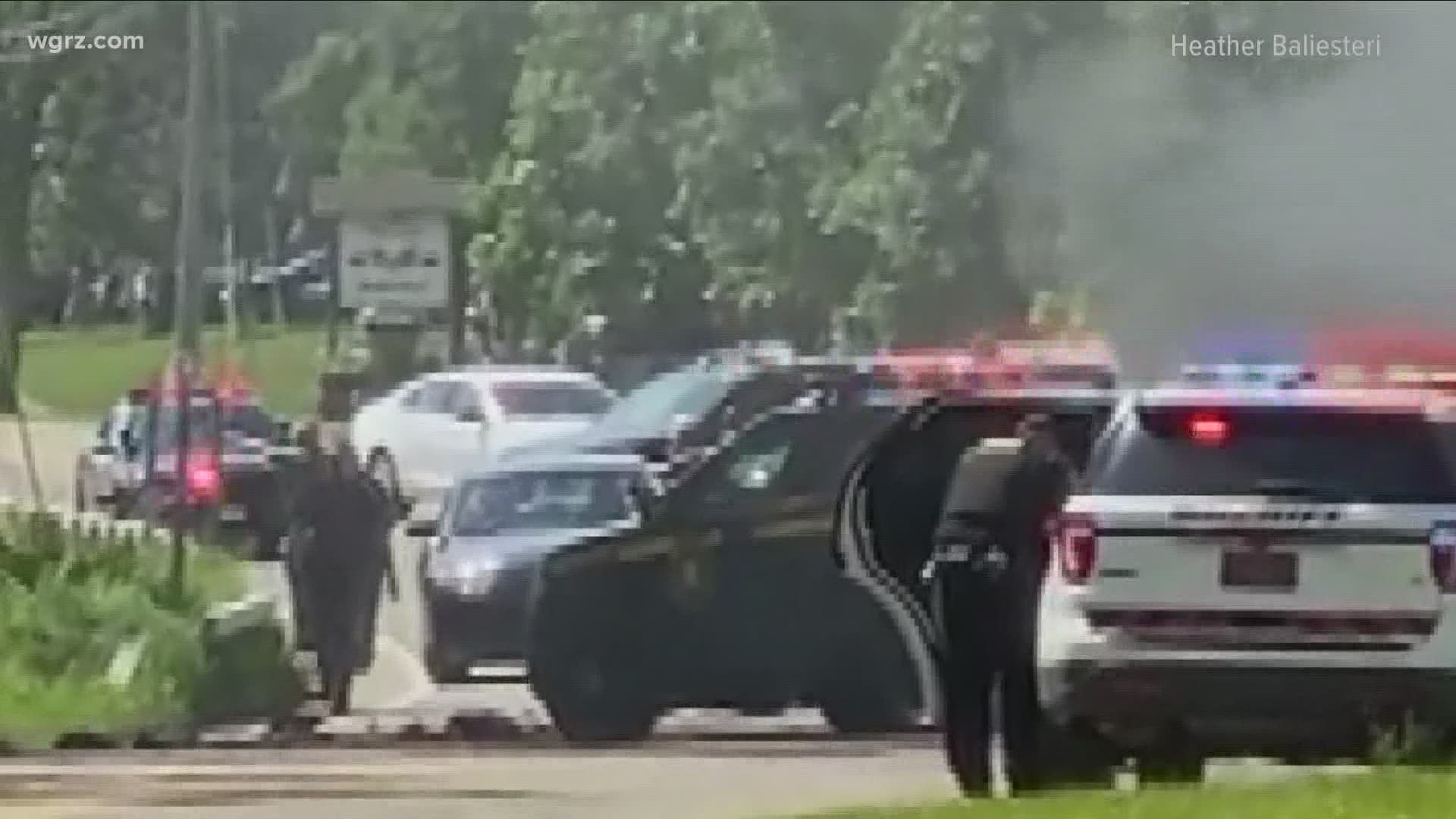 IRVING, N.Y. — New York State Police have a suspect in custody after an attempted traffic stop led to a chase, a two-car crash and then a hostage situation in the woods.

New York State Police Major James Hall said around 3:30 p.m. Tuesday, a trooper attempted to pull over a driver who was wanted in Chautauqua County for first degree burglary.

Major Hall said the suspect fled the traffic stop and then crashed into a pickup truck on Route 438 in Collins, near Versailles Plank Road. He said the suspect then took one person who was inside his vehicle hostage and took them into the woods near the crash.

After more than a three hour long standoff, the hostage was released and the suspect was taken into custody.

"The situation was very tense for a long time, it took approximately three and a half hours from the start time of the accident until completion," Hall said. "At that time, we utilized resources from the Erie County Sheriff's Office, New York State Parole, Chautauqua County Sheriff's Office as well as the Seneca Nation here to resolve the situation, it was an outstanding coordination of resources to get this through to a peaceful resolution."

Heather Balestrieri witnessed the crash and took more than an hour long video of the scene.

"It definitely had us real shook up, it's definitely not something you expect to see everyday and I'm just so grateful to be OK and I am just praying for the people in the truck that they are all ok. I cannot imagine how they are feeling," she said.

Major Hall said the condition of the person or persons who were hit in the car crash are still unknown.

DETOUR- ST 438 and Versailles Plank Road T/Collins. Multiple police agencies are dealing with an incident on 438. Avoid this area. pic.twitter.com/JM2SGNWG93