2 On Your Side reached out to five federal lawmakers to ask what changes they hope to see in Washington. 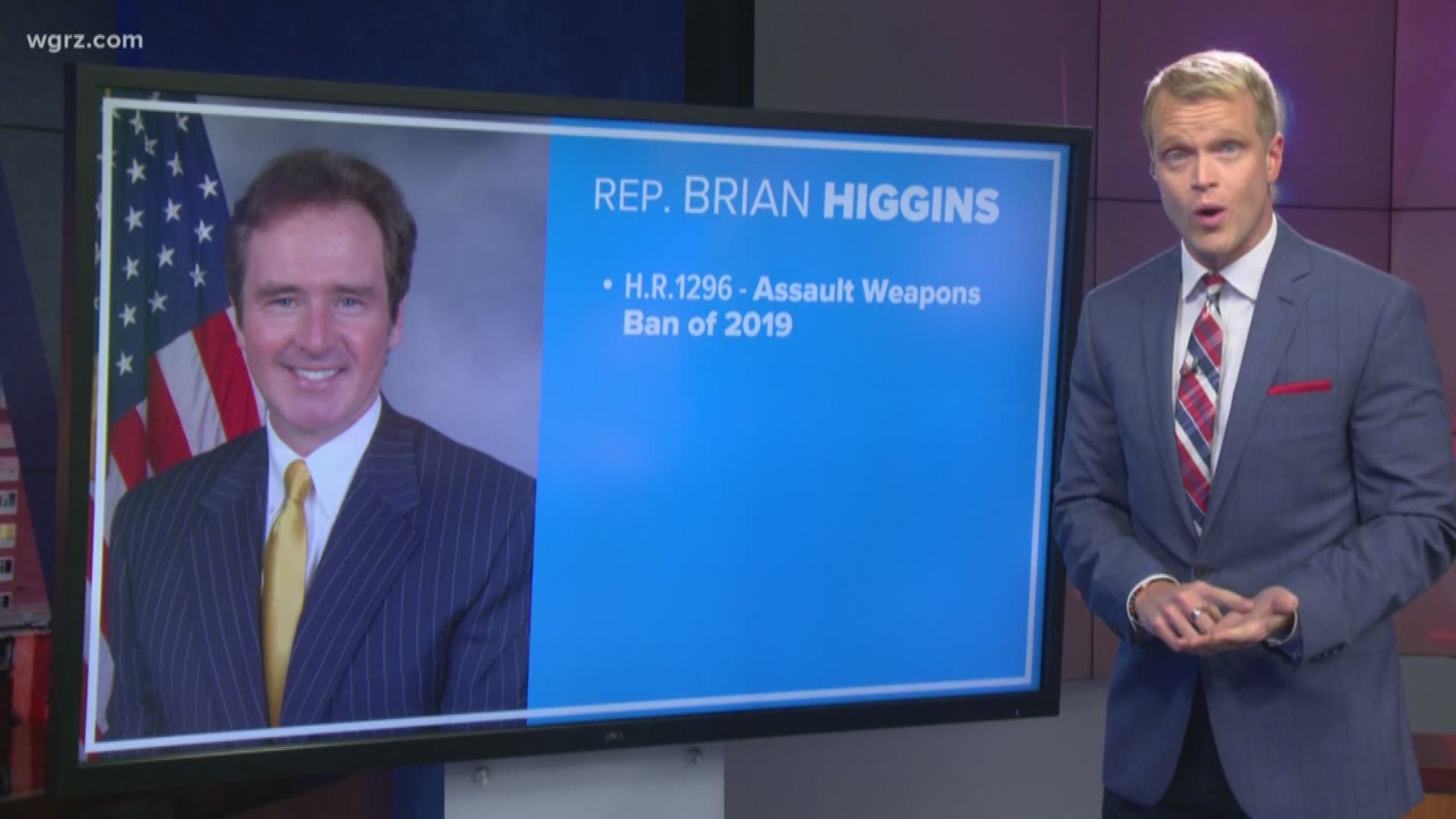 2 On Your Side's Michael Wooten asked all five of our federal lawmakers what they would like to see happen in Washington in the wake of two back to back mass shootings.

U.S. Representative Tom Reed from the Southern Tier says mental health is the biggest issue. He is a cosponsor of the Mental Health Services for Students Act that would boost funding for mental health care in schools.

Reed also said Congress should approve more money to hire more school resource officers. He supports a bill that would require the federal government to notify states anytime someone is denied a gun through the background check system. All of these have bi-partisan support.

2 On Your Side did not hear back from Congressman Chris Collins.

As for Democrat Brian Higgins, he supports H.R. 1296, a ban on assault weapons. H.R. 1296 would allow extreme risk protection orders, this is a so-called "red flag law" that could keep guns from getting into the hands of people found to be dangerous or mentally unstable, or take guns away from those people. President Donald Trump has shown some willingness to consider this.

And Higgins supports the Safer Neighborhoods Gun Buyback Act, giving state and local governments money to buy back guns to get more off the streets.

As for the Senate, Chuck Schumer says the focus should be on the universal background check bill. It passed in the House, but Schumer wants leader Mitch McConnell to bring it up for a vote in the Senate.

And Senator Kirsten Gillibrand proposes three things. First universal background checks, like Schumer. Second, a ban on assault weapons and large-capacity magazines. And third, she wants gun trafficking to become a federal crime, there's currently no statute specifically against it. The senator said the proposals are bi-partisan, which is sort of true.

Both Reed and Collins, for instance, voted against that bill in the House.