The festival was canceled last year because of the pandemic. 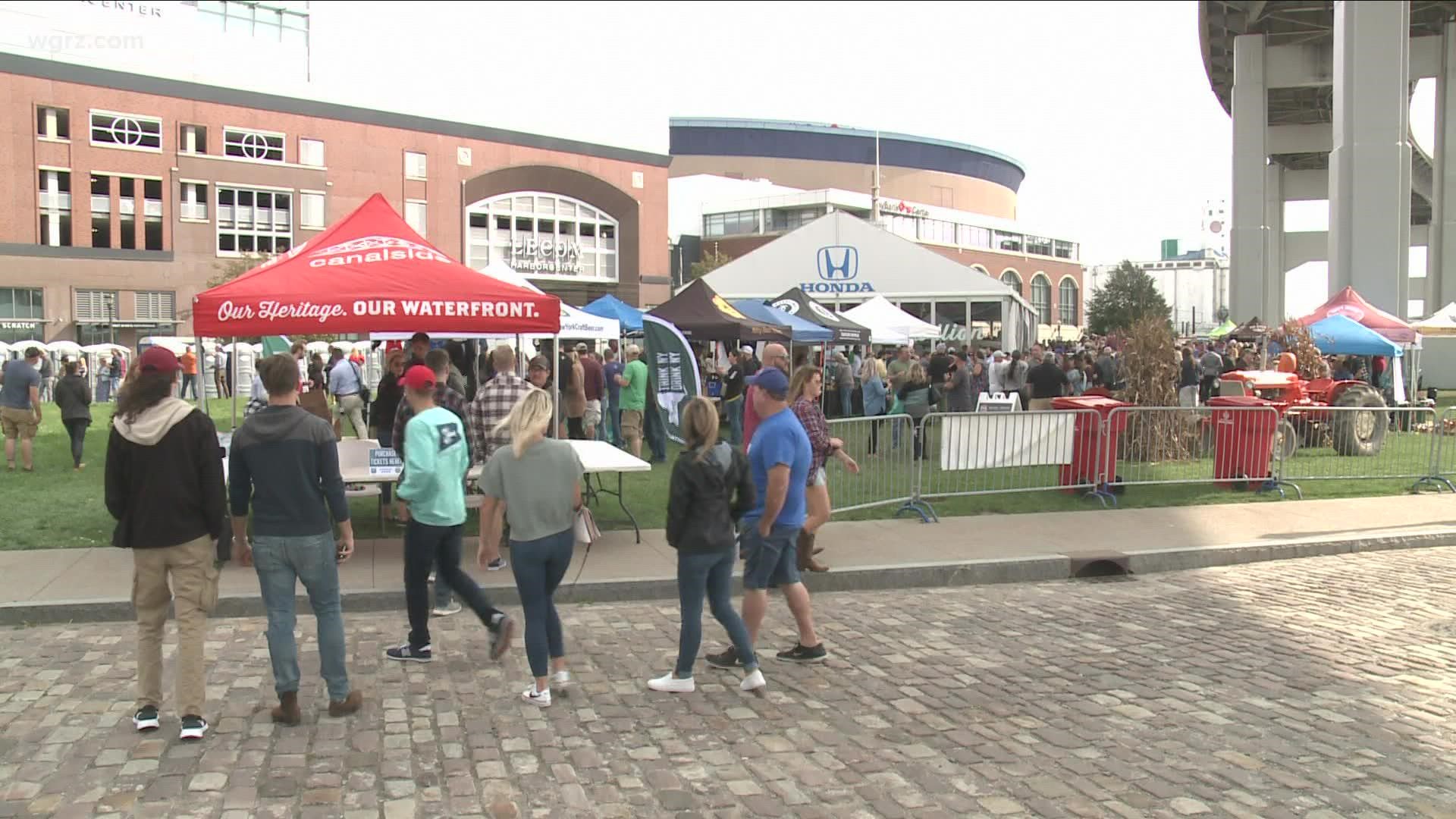 BUFFALO, N.Y. — A celebration of New York State brewers is coming to Buffalo for a day filled with drinking, food and music.

"Western New York has become such an important part of the entire New York State craft beer scene. We are so excited to be working with the Western New York Brewers Guild to showcase the incredible beer being produced from every region in the state at our first craft brewers festival in two years," said Paul Leone, executive director of New York State Brewers Association.

The festival featured 45 craft breweries from around the state, with more than 20 from the Western New York region being represented. This is the only local brewery festival hosted by the brewers, which gives attendees the opportunity to meet the people behind the beer.

Tickets could be purchased at Think NY Drink NY website. Pre-sale tickets were $55, which include admission, a 7-ounce commemorative tasting glass, and unlimited 3-ounce samples. Tickets sold at the door cost $65. Designated Driver tickets were available for $15.