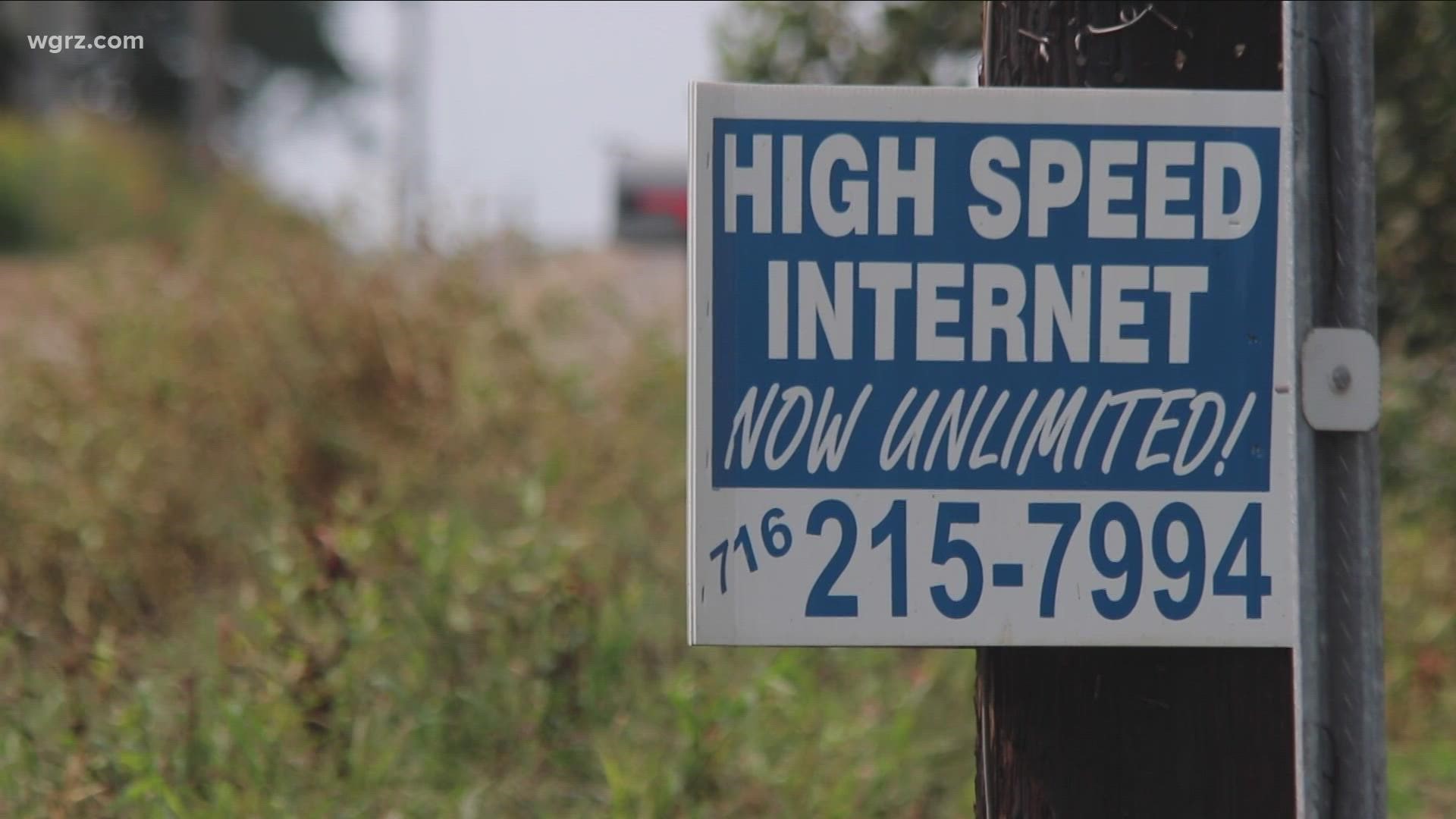 The report says that while access in the state improved during the period of 2016-2018, it is “unclear to what extent gains were made in increased speeds.”

Under Gov. Andrew Cuomo, the state invested more than $500 million for its “Broadband For All” program and established the New York State Broadband Program Office, which operates under the guidance of Empire State Development.

The report issued Tuesday is not an audit of the state-funded broadband program. The results of that audit are expected by the end of the year, after a nearly 18-month investigation.

The Broadband Program Office responded to the comptroller's report saying:

“The Comptroller’s report reinforces what we have been saying all along: the State’s broadband program has been successful in extending broadband to New Yorkers. New York is ranked second in the nation with 98% coverage and we are proud of our record. We will continue to work with our state and federal partners to bring low-cost, reliable broadband service to all New Yorkers as quickly as possible.”

2 On Your Side has been reporting about the program for nearly two years, and one of the points highlighted in that reporting is the reliance the program had in deploying satellite options for users.

Of the 255,994 allegedly connected in the program, 78,960 were connected with satellite service, which does not reliably offer 25 Mbps service, let alone the 100 Mbps promised.

The comptroller's report relies on the FCC data reported by service providers themselves to paint the picture of access and availability in New York State. Additionally, the report states that 250,000 households in New York State do not have access to broadband and another 1 million households are unable to afford access.

As the comptroller points out, the FCC data suggests that over 98% of the state has at least a 25/3 Mbps connection, the second-highest in the nation.

The comptroller’s report, however, also lays out that the FCC’s data-collecting “methodology could overstate the coverage experienced by some consumers especially in large or irregularly-shaped census blocks.”

Even with the FCC data, Western New York’s broadband picture is bleak. Of the counties with more than five percent of the population lacking broadband, three Western New York counties are in the top five -- Allegany County at 23.4%, Cattaraugus County at 17.9%, and Wyoming County at 14.7%. It is likely, given how flawed the FCC data is, those figures could be significantly higher.

The FCC has acknowledged this and acting Chairwoman Jessica Rosenworcel formed a broadband data task force to address the issue.

The comptroller’s report also shows the share of New York households lacking access is on par with the national average. Thirteen point eight percent for the state and 13.6% for the nation, according to data pulled from the 2019 American Community Survey.

One of the figures presented in the report is how New York compares to nearby states as it pertains to adoption rates and broadband speeds.

The report states, according to 2019 FCC data that 74.3% of the state has a 50/5 Mbps connection, compared to Florida (75.9%), Massachusetts (85.2%) and New Jersey (85.6%). There have been discussions nationally that the FCC will move the benchmark for the definition of broadband, currently 25/3 Mbps, this data from the comptroller would indicate the reality in New York if that definition is changed.

The goal of the state’s $500 million program was to provide, at minimum, 100 Mbps service to the entire state, and 25 Mbps to the “most rural areas.” Despite repeated requests to the broadband program office, the definition of “most rural areas” has never been made clear.

The comptroller’s report concludes with recommendations for the future. The comptroller says the state broadband office needs to have clear goals as to how incoming American Rescue Plan and infrastructure money will be spent.

The broadband program office told 2 On Your Side that they will be administering the $100 million given to the state if the federal infrastructure bill is passed. This is a departure from the responsibilities the office has had in the past, they had primarily only existed to administer the $500 million state project funds, not set broadband policy in the state. The comptroller’s recommendation is that they play a more active role in policy.

The comptroller also recommends that the state plan for a gigabit rollout statewide. The report doesn’t outline the financial commitments needed for a state gigabit program, but analysis by the FCC and other industry experts suggests it would cost several billion dollars to deploy fiber across New York State.

Senator Chuck Schumer, while making an American Rescue Plan announcement in Holley, NY in August said the infrastructure bill would "bring billions and billions of dollars to New York to connect.”

One of the final recommendations by the comptroller was for the state to leverage public-private partnerships to lower the cost of broadband access. Cuomo, prior to resigning, signed a low-income internet bill into law. The bill was immediately challenged by service providers and telecommunications groups, and the law was struck down by the court. The New York Attorney General is currently appealing that decision.

The comptroller wrapped up the report saying that state leaders must ensure the state doesn’t fall behind and set concrete goals for making broadband more widely available.