The lawsuit is against Buffalo landlord Angel Elliot Dalfin, who owns and operates over 150 single and two-family homes in Buffalo. 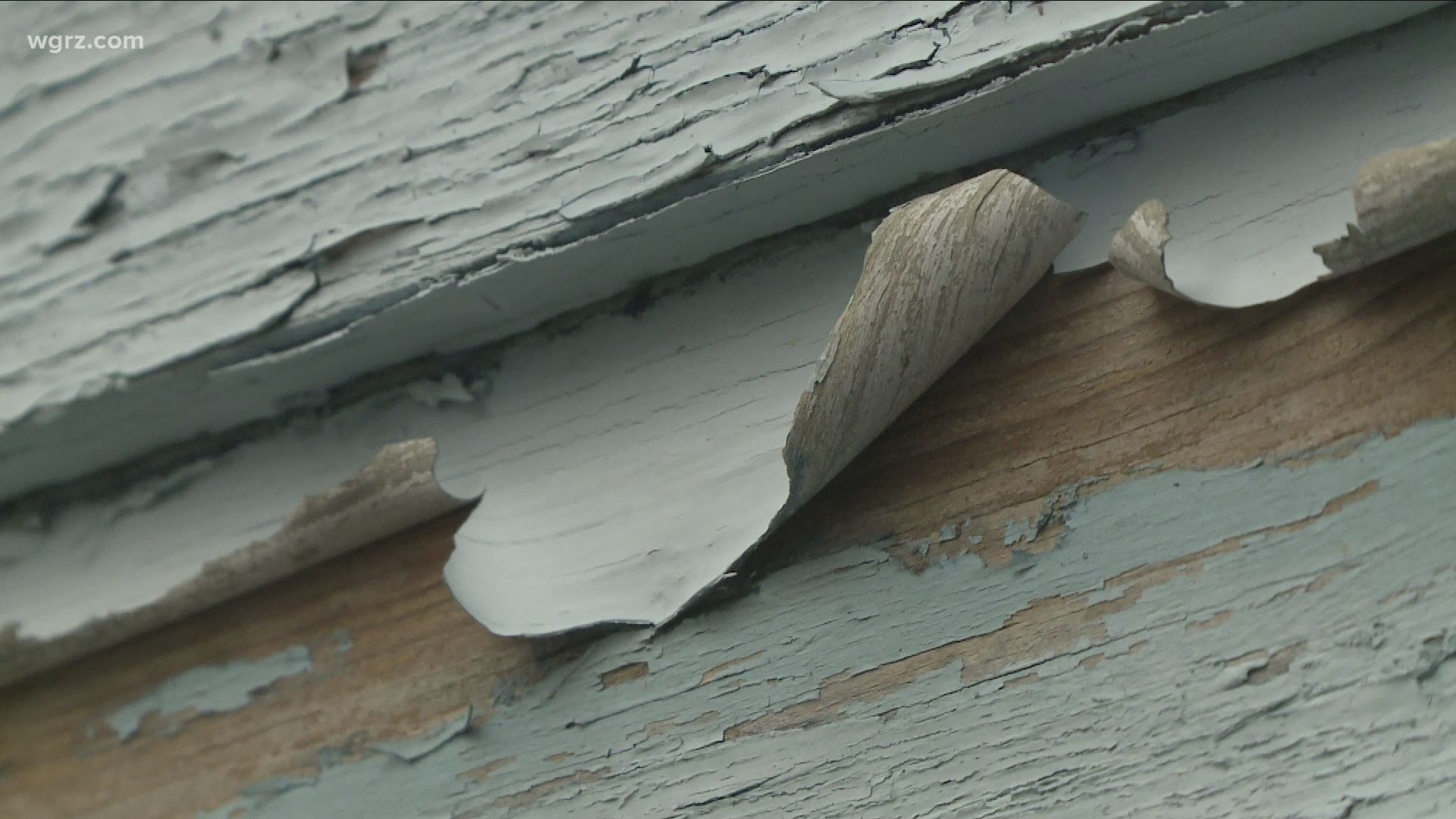 The lawsuit is against Buffalo landlord Angel Elliot Dalfin, who owns and operates more than 150 single and two-family homes in Buffalo.

According to James, these homes are predominantly in low-income communities of color, and there have been dozens of instances of lead poisoning in children due to the violations.

“It is as immoral as it is illegal that a landlord would knowingly expose families to lead poisoning, which disproportionately threatens the health and development of Black and brown children,” Attorney General James said.

The lawsuit was filed in Erie County Supreme Court and according to James' office, this investigation began in 2017.

Housing code violations Dalfin was cited for, according to James, includes conditions conducive to lead poisoning and chipping, pealing or deteriorating paint. The city and the county both have laws regarding lead hazards.

Attorney General Letitia James is in Buffalo today, where she just announced that she has filed a lawsuit against Buffalo landlord Angel Elliot Dalfin for multiple lead hazard management violations. @WGRZ

“Our children deserve to live in safe and healthy homes, not dangerous and poisonous ones," James said. "As Buffalo continues to have some of the highest rates of childhood lead poisoning in the country, my office will continue to hold bad actors responsible. Every family deserves to live in a home free of lead hazards, and I will work to ensure that happens.”

James' office says that lead paint is a problem in the Buffalo region and that it impacts children in communities of color more than children in predominantly white neighborhoods.

Additionally, Erie County was the only county in New York that had children testing over 45 µg/dL in 2017, which is the level that requires medical intervention. Eight children tested with levels over 45 µg/dL.

The CDC recommends that children with blood lead levels over 5 µg/dL receive case management to make sure they do not get continued exposure and create a need for medical intervention.

James' office says that they also found other violations by the group since 2017, including: