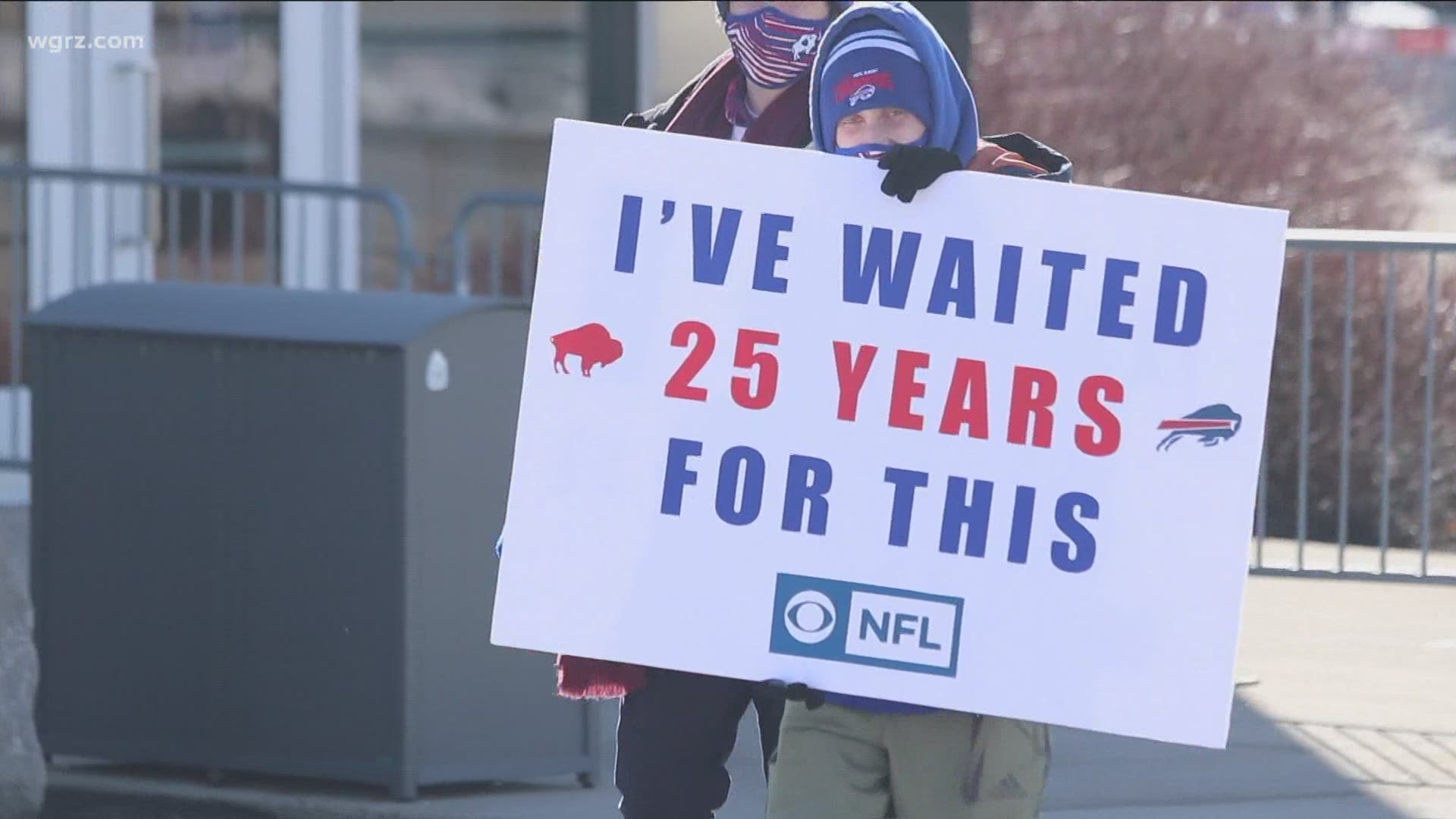 An email went out to a new crop of Bills season ticket holders Sunday night and Monday morning with instructions on how ticket sales would occur. Any fans that went to the game against the Indianapolis Colts were ineligible from buying tickets to the Baltimore Ravens game.

And as quickly as season ticket holders were told they could get tickets, they were gone.

Tickets are officially sold out for Saturday's game against the Ravens. The Bills sent an email to season ticket holders that the game sold out at 1 p.m.

The governor's office says that under this continued pilot plan, approximately 6,700 fans can attend the game. Much like last time, fans must be tested for COVID-19 prior to attending the game.

Testing will once again be conducted by BioReference Laboratories. Those who test negative for COVID-19 will be allowed to attend.

While at the game, fans must adhere to all public health precautions, such as wearing a mask, and adhering to strict social distancing protocols. Tailgating is prohibited.

"It was a great joy to see the Buffalo Bills win their first home playoff game in more than two decades in front of thousands of New York fans on Saturday, and we're looking forward to extending that winning streak this week," Governor Cuomo said.

"New York's first-in-the-nation pilot plan to reopen Bills Stadium to fans went smoothly, and we're pleased to be able to extend it to next week's game. The success of our pilot plan depends on individual behavior as well as collective measures, and I urge Bills fans to stay safe and follow the rules as we look to another exciting game. Go Bills!"

According to the governor's office, this plan was developed between the Bills, the New York State Department of Health and BioReference Laboratories.

"We felt the energy from our fans last Saturday at the stadium and we know our coaches and players appreciated the support on the field," said Buffalo Bills owners Kim and Terry Pegula.

"We have worked with the Governor, his team and BioReference to ensure we will host fans again on Saturday night. They have all been great partners in this process. We want to thank our fans for following the safety guidelines, and remind the fans coming Saturday to please wear your mask, socially distance and follow the rules. Be safe. Be smart. Be loud!" 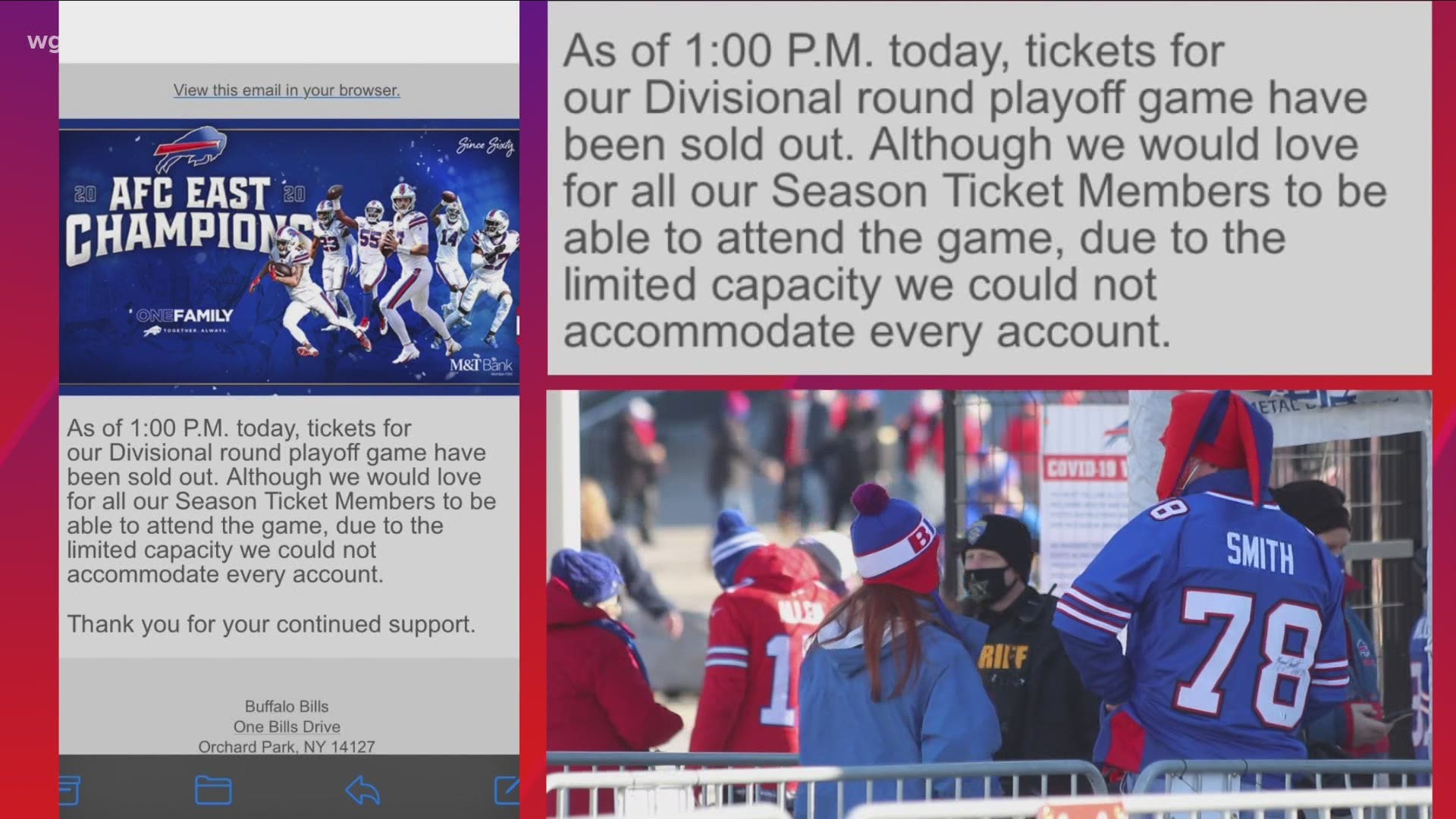