In a rare occurrence as of late, Kathy Hochul takes questions from reporters in person. 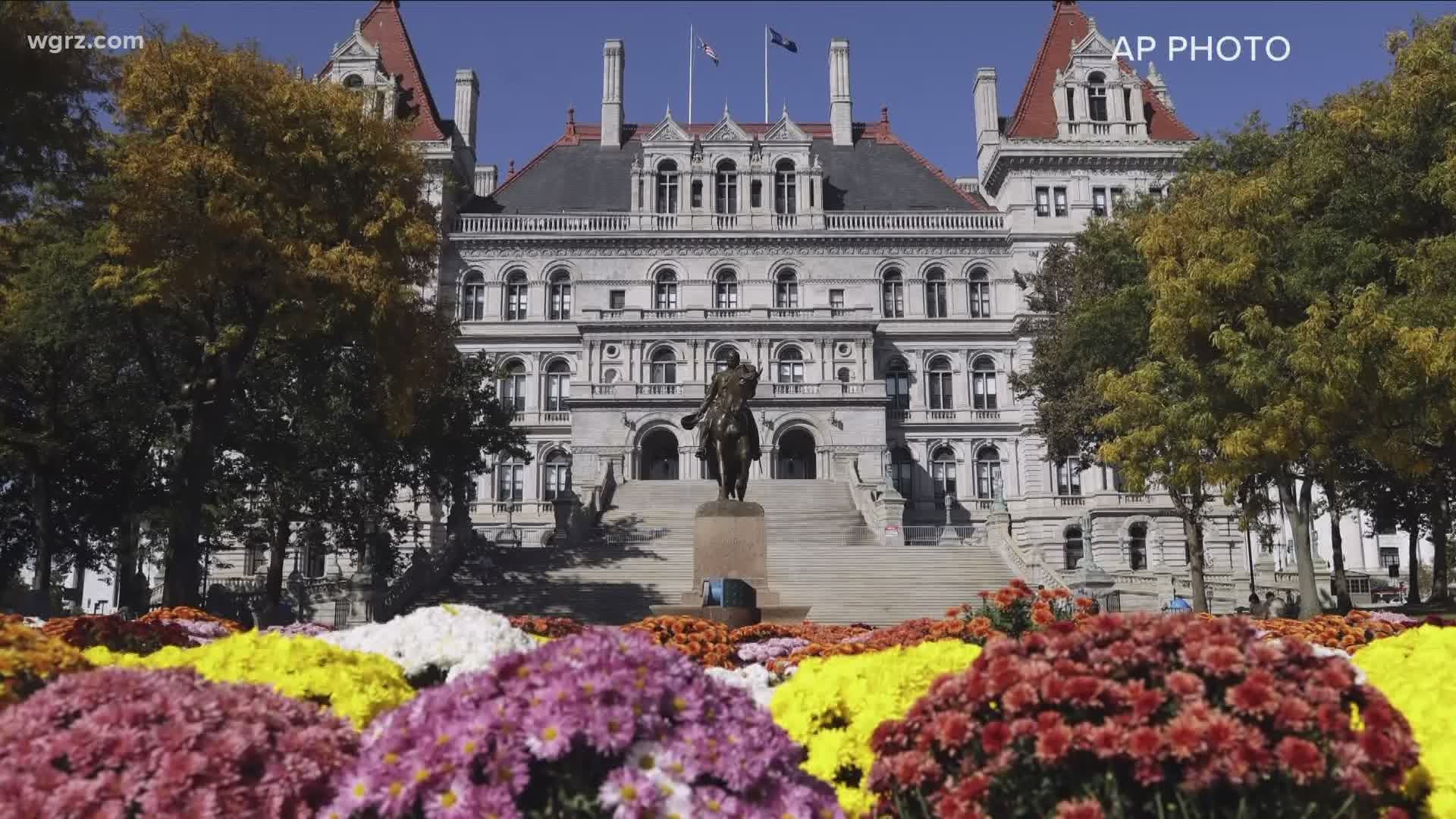 MEDINA, N.Y. — New York Lt. Gov. Kathy Hochul made several appearances in Western New York on Tuesday, capped off with the honor of throwing out the first pitch at a Major League Baseball game in Buffalo between the Toronto Blue Jays and the New York Yankees.

During one of her stops in Medina, where she pitched a plan to highlight the Erie Canal as a tourism destination, she spoke about the waning COVID-19 pandemic, and the ongoing investigations into New York Gov. Andrew Cuomo.

Hochul credited the "people of New York" with the state having among the lowest infection rates in the country, with 99.6% of the tests administered Monday turning out negative for the virus, as well as becoming the 16th state to have 70% of its eligible residents receiving at least one dose of a COVID-19 vaccine.

That milestone prompted the governor to announce on Tuesday that most restrictions the state imposed in an effort to contain the pandemic would be lifted immediately.

However, despite those benchmarks having been met, a state of emergency still technically exists, and with it, many of the executive powers granted the governor in order to deal with the pandemic remain in place.

When asked if the state of emergency should be lifted, Hochul replied, "It's a great question," before noting, "there are still 30 percent of people who are not vaccinated and if you look around the globe there is another variant known as the delta variant, so we're going to be sure to keep testing people to keep people safe."

Health experts have stressed the vaccines currently available are effective in protecting against the delta variant and any of the variants detected thus far.

Regarding when the state of emergency may no longer be in effect, Hochul added, "we just reached this (70% vaccinated) threshold today so that is one of the changes that will be forthcoming."

With the pandemic waning there may be more focus on Governor Cuomo and myriad of investigations involving him which have prompted both an impeachment inquiry, and calls by several state and federal lawmakers, including those in his own party, for Cuomo to resign.

The investigations surround allegations of sexual harassment lodged against the governor by several former female staff members, and an admission by a top aide that information requested by legislators into nursing home deaths was purposely withheld. In addition, investigators are looking at whether Cuomo aides interfered with reports on COVID cases prepared by the state's health department, and whether Cuomo used members of his staff to help him write a book for which a publisher paid him $5 million during the height of the pandemic, which would be a clear violation of state ethics laws.

"These are very thorough investigations and we have three ongoing right now," Hochul said. "There is one by the state attorney general, another by the State Assembly Judiciary Committee, and one being conducted by the New York Eastern District of the United States Attorney's Office. So these are going to take some time and my full expectation is they will be very thorough."