Plug Power will bring 68 jobs to the facility built on the longtime vacant STAMP site in the Town of Alabama. 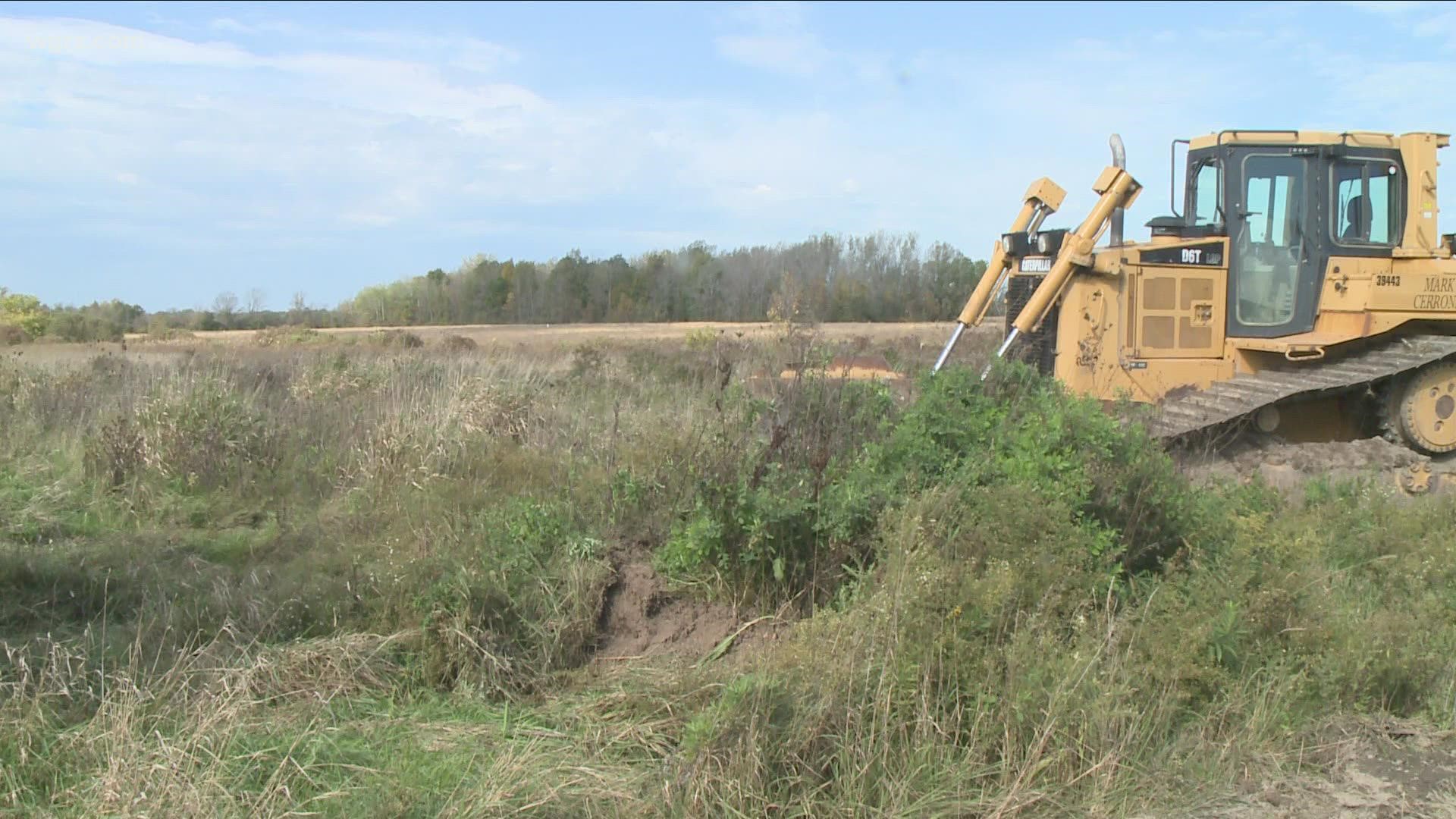 ALABAMA, N.Y. — Ground was broken Wednesday on a Hydrogen plant, that promises to bring jobs to Genesee County, and finally get things rolling at site long marketed for development without much success.

Officials here are hoping that Plug Power will be the spark plug that will finally put the stamp of development at this long dreamed of Science Technology and Advanced Manufacturing Park, commonly known as STAMP, which comprises 1,200 acres of cornfields and fallow meadows in the town of Alabama.

Their plant will produce green hydrogen when it opens in October of 2022.

Plug Power's $290 million plan for STAMP was announced back in February, and since then the company has been awarded $113 million in tax breaks. Its plan is to initially employ 68 people.

Today’s event is a groundbreaking for a plan by Plug Power (which was announced 8 months ago) to build a “hydrogen production facility and electric substation” https://t.co/ZkMs9yzLuZ @WGRZ

"That's $4 million per job," Investigative Post reporter Mark Scheer said after the announcement was made in March. "It's the largest subsidy deal in Western New York."

The tax incentives awarded to Plug Power are about eight times the incentives given to Tesla in south Buffalo, which were roughly $500,000 per job.

NY Gov. Kathy Hochul, who attended the groundbreaking,  said she is excited to see jobs coming to the area.

"This place has just been crying out for an opportunity like this to show what it was really made out of," Hochul said. "There is a strong work ethic here."