Gigantic gourds competed for big cash Sunday at the Great Pumpkin Farm as part of their on-going Fall Festival. 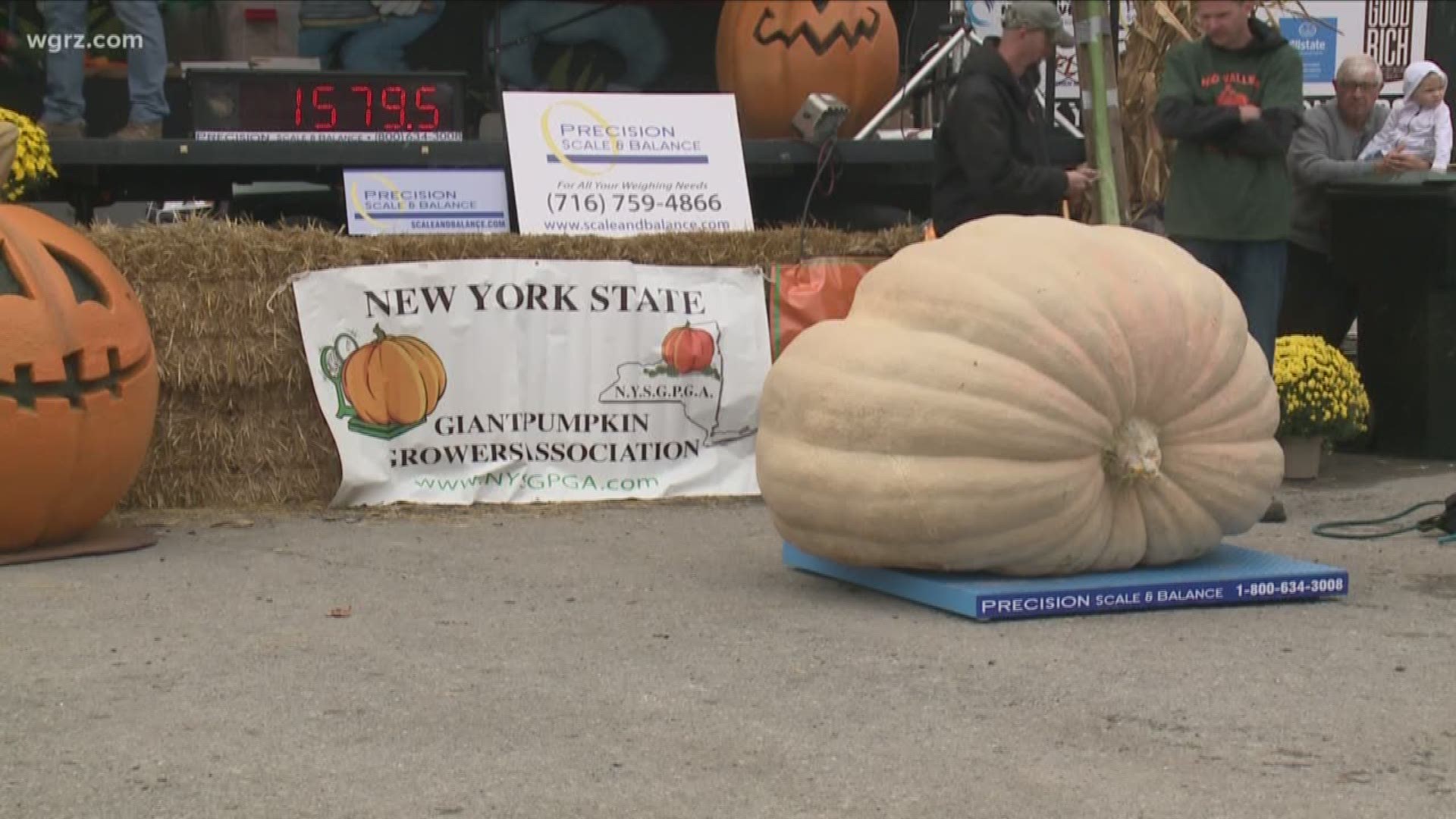 CLARENCE, N.Y. - It's was a big day for big pumpkins; and we mean big!

The Great Pumpkin Farm was the place to be Sunday for the annual World Pumpkin Weigh-off. The competition is part of the farm's on-going Fall Festival.

This year, that record was smashed when a pumpkin grown by Karl Haist of Clarence Center weighed in at a whopping 2,027 pounds! Haist finished second in last year's competition.

If you were wondering if you can make pumpkin pie out of these enormous pumpkins, think again.

"You can't turn these into pumpkin pie these aren't sugar pumpkins so it'll be compost for next year," said pumpkin grower James Block.

And what is the World Record for 'Heaviest Pumpkin?' 2,600 pounds.