The bridge would cross over the 190 to the new Ralph C. Wilson, Jr. Centennial Park. 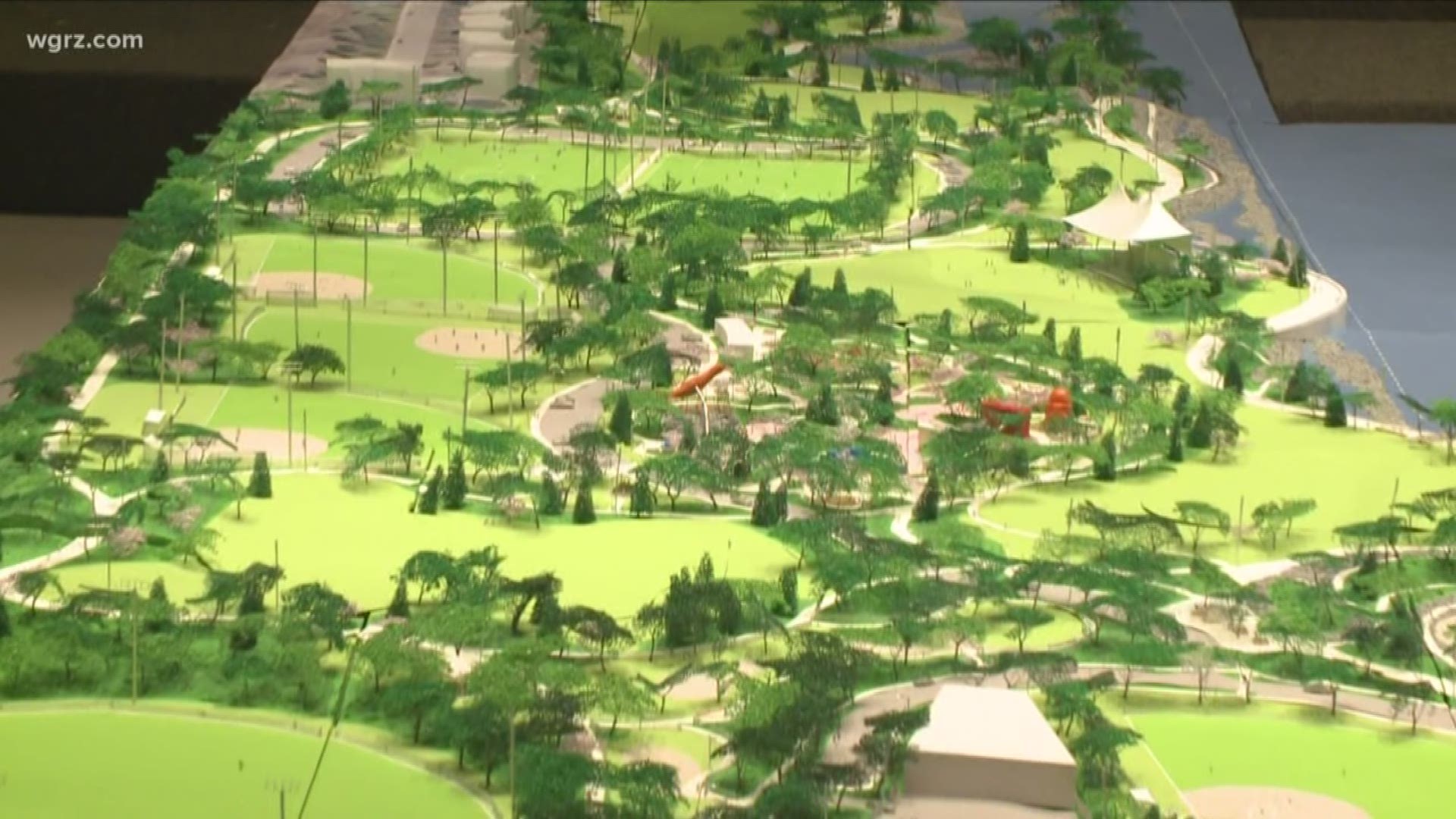 BUFFALO, N.Y. — The new Ralph C. Wilson Jr., Centennial Park is beginning to take shape as a preliminary design for a new pedestrian bridge was revealed for the first time Tuesday night. It would replace the bridge that's over the 190 right now. The new bridge would link the park to neighborhoods on the other side of the 190.

We also got a lot of other updates on how the transformation of the former LaSalle Park is going at a meeting Tuesday.

"Now, we have grandkids, and we go there to Centennial Pool, we go to the playground, we go to the football field, our kids come with us," says Catherine Rivera. "They volunteer with us. We grill together. We do everything together as a family. That's our park, and we want to make sure that it's around for a long time for us and for the next generations in our family."

Rivera likes what she sees so far.

"We're here because we need a small building, running water, storage unit, and bathrooms, and we don't mind sharing it," says Rivera. "We don't want it just for the football organization, the skate park, near the baseball fields, we just need something closer to us that's going to help our organization run all year round."

Tuesday night, we got an update on the park's overall design. Athletic fields will be updated, and flood protection and shoreline design are a big focus, too.

Architects also showed off plans for the new pedestrian bridge.

"What the walls do is they provide a sense of security," says Powell Draper from Schlaich Bergermann Partner. "There's a pattern of cut outs in the walls in the arch bridge, and those patterns are intended to hearken back to Buffalo's rich industrial and architectural heritage."

They hope to make it lightweight so it can be lifted into place in one piece. It's designed with safety in mind.

"The architecture of it looked really cool," says cyclist Sophie Wisoff. "The way they're using natural land to take out sound, I think that's really creative, and obviously noise pollution is terrible, and it affects people's health and well-being, so taking out as much noise as possible is going to be really beneficial in the end and doing it in a natural way."

The bridge project is expected to go out to bid sometime early next year. And a lot of the new sections of the park are expected to start opening in 2022.

RELATED: The future of LaSalle Park is coming into focus