'Take a smile, leave a smile': New mural going up in Niagara Falls

The mural, which will be Niagara Falls resident Nate Reilly's first, will feature the faces of 50 community members on Whirlpool Avenue. 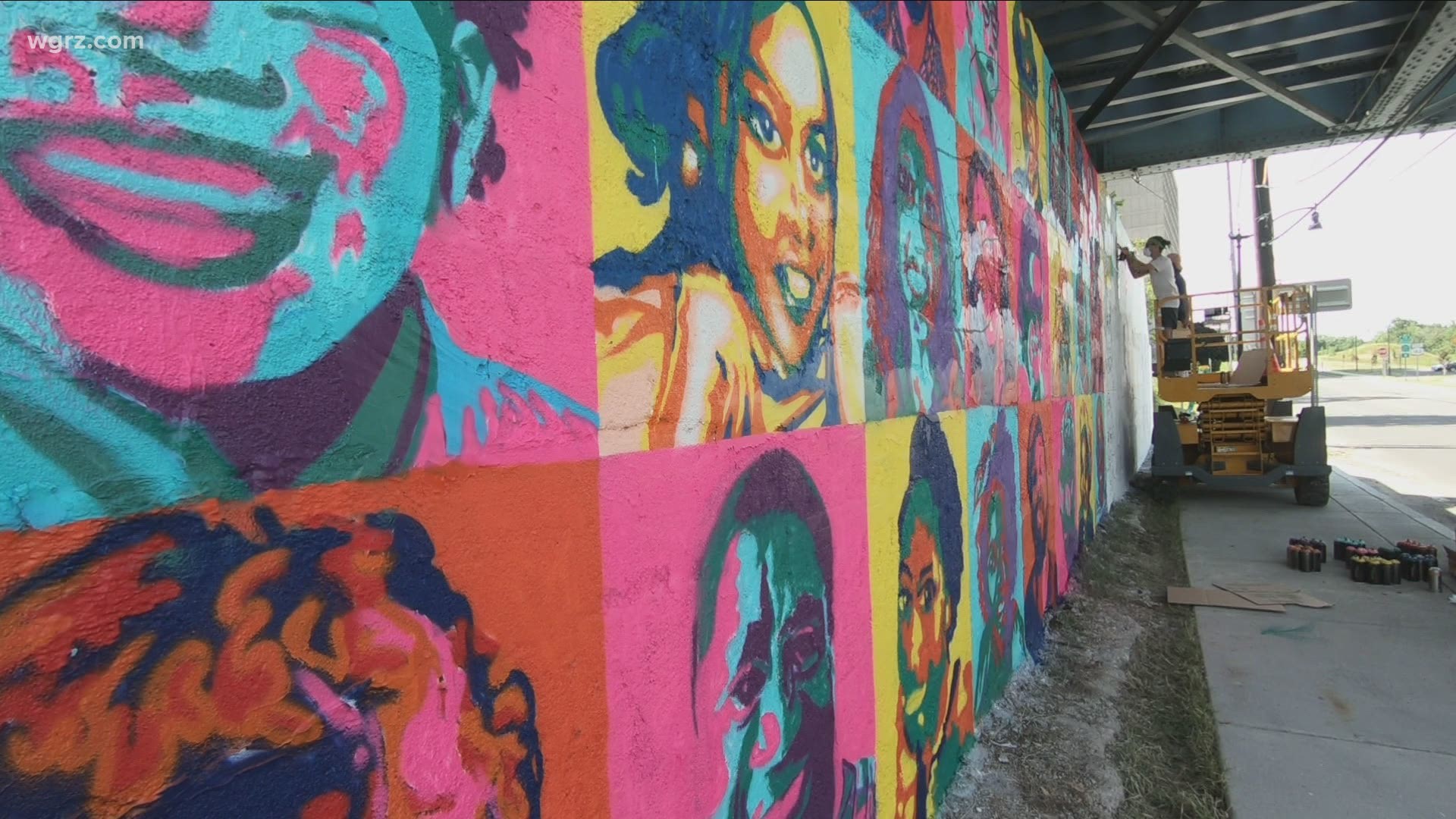 NIAGARA FALLS, N.Y. — A new mural is going up on Whirlpool Avenue in Niagara Falls, where local artist Nate Reilly got started on Wednesday.

The Niagara Falls resident proposed a mural for the North End in the Falls, but it is now going up at  2245 Whirlpool Avenue, next to the Niagara Falls Underground Railroad Heritage Center.

“I want people to feel welcomed when they see my mural,” Reilly said in a statement. “The piece is meant to help uplift the community and make people smile. All of the pieces in the NF Murals project so far have an element of hope that makes you feel good as you pass them. I want my piece to do that too.”

The mural, which will be Reilly's first, will feature the faces of 50 community members and the quote, "Take a smile, leave a smile."

Reilly had previously worked with Rob Lynch and Thomas Paul Asklar, who also worked on "The Niagara Movement," which is nearby. Tyshaun Tyson will assist with this mural.

"Nate’s design fits so well with the overall mission of this initiative,” Tyson said in a statement. "The mural is going to be optimistic, joyful, and vibrant, just like this community. And with so many faces being included, it will be an inspiring representation of Niagara Falls and the power that lies within welcoming people of all backgrounds and perspectives to our city."

You can stop by and see it on the Whirlpool Street railroad underpass, right by the start of the Niagara Gorge Trail.