You can now reach the moon from the comfort of your dining room table. 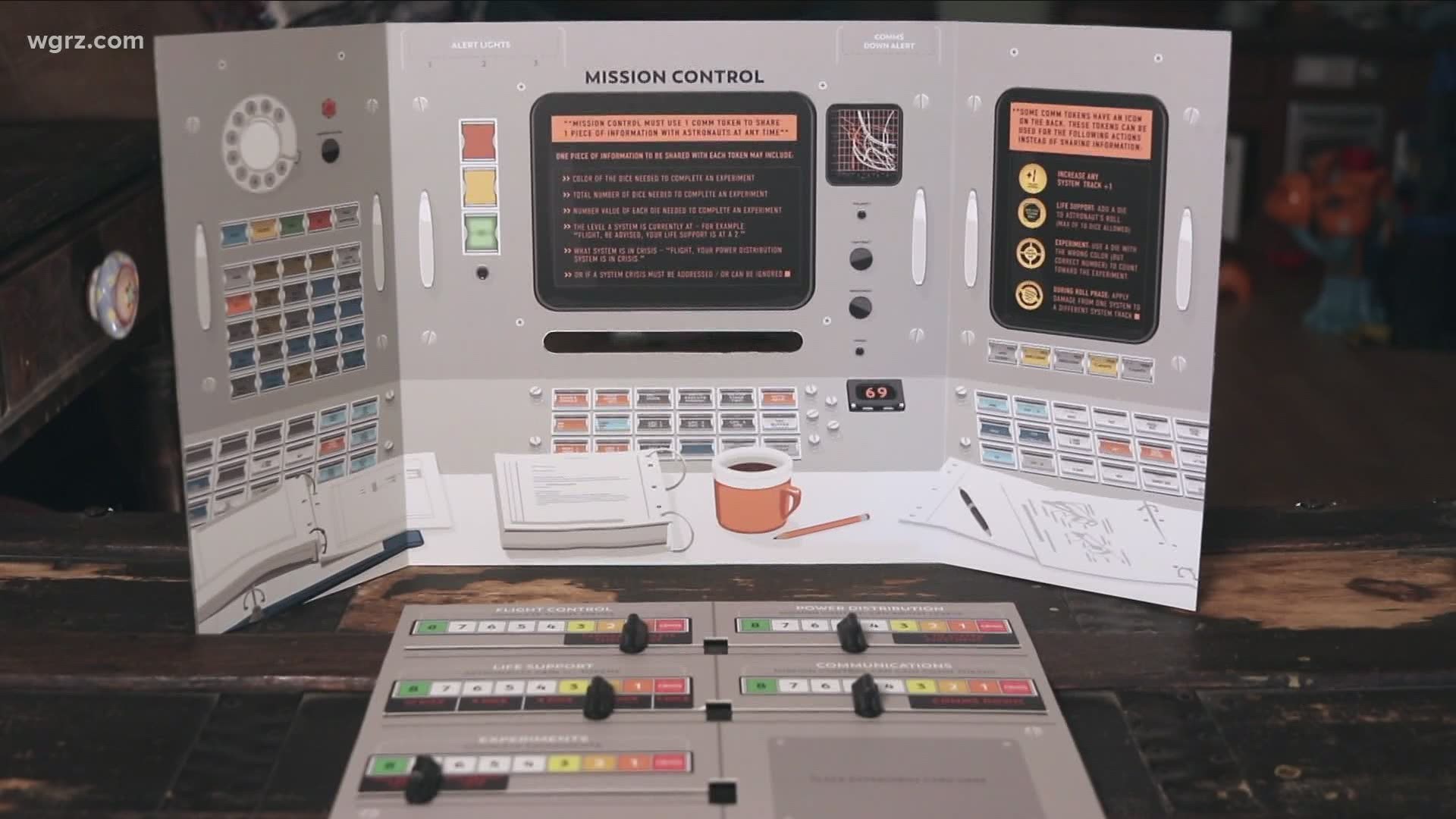 BUFFALO, N.Y. — The Gemini and Apollo missions in the 1960s and 1970s were one of triumphs of the century: the result culminating with the first human steps on the moon.

Buffalo’s contribution to the space program is well documented, with companies such as Taylor Devices, Calspan, Moog, Bell and more playing a role locally.

Now some 51 years after astronauts from the United States stepped foot on the moon, you can relive the tense moments of Apollo and Gemini missions thanks to the creative minds at Buffalo Games.

"It really just came to be because we're a bunch of space geeks here at Buffalo games," said John Bell, Director of Design and Buffalo Games.

"We've been wanting to do something that's for a while, and just with the 50th anniversary of Apollo, as well as just how ubiquitous NASA has been in just the momentum that they've been building in terms of their new missions, it's just been really exciting."

The game, which was released this week exclusively at Target, allows players to play as mission control and the astronauts. If you've seen Apollo 13, think of the character played by Ed Harris, Gene Kranz. You control things from the ground, and you have to work together to achieve your mission: to land on the moon.

But it's not a walk in the park, according to Bell.

"As you're going, there's a lot of things you have to manage and players are broken up between mission control on one side of the board in the astronauts on the other," Bell said.

Fun story coming up on #MostBuffalo today that features a new board game produced by @buffalopuzzler that lets you relive the @NASA's Apollo and Gemini missions. See you at 4 o'clock! @WGRZ pic.twitter.com/s0KnMSdRqH

Bell said he and his team used some of the problems encountered on the Apollo 13 mission to keep things interesting during gameplay, which takes about one hour with multiple players.

"We make sure there's enough what we call 'game tension' to keep things right on the edge right up until the end," Bell said. "You don't always succeed, unfortunately, but that's gaming, you know?"

The company embarked on its own moon-shot like the development of the game, creating it from scratch in about six months. The game faced several iterations during development, which started with cardboard to figure out the style of gameplay.

"This size requires a lot of play balancing," Bell said.

Buffalo Games is known for its puzzles, as we highlighted on a Most Buffalo story before. But in recent years the company headquartered in its namesake has ventured into multiplayer games, -- Apollo, being its most ambitious to date.

"Traditionally, we really focus on family play, as well as party games as well as kids games," Bell said. "We really wanted to spread our wings and it was really something we've been talking about for a long time, and so this was our opportunity to take our first step into that bigger world.

Bell says they received extensive input from NASA, however made it clear that this wasn't a NASA endorsed game. Federal rules prohibit NASA from officially partnering with Buffalo Games for this release because they are a government agency.

The game retails for $29.99 exclusively at Target.

RELATED: Millions of jigsaw puzzles are made in Buffalo every year