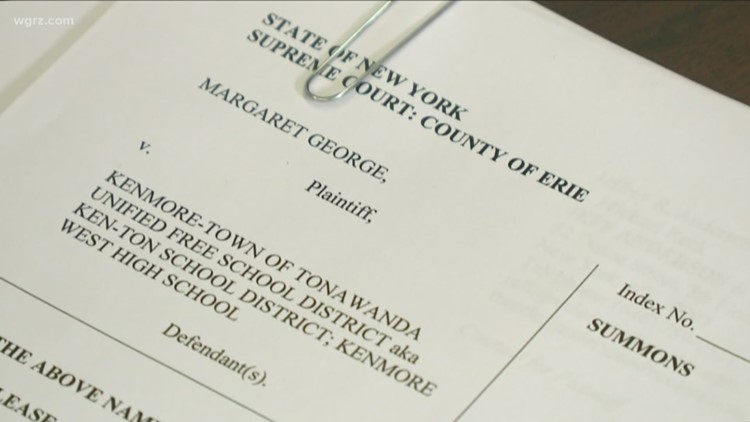 BUFFALO, N.Y. — Multiple lawsuits were either filed Friday, or are in the works, against seven local public schools.

Two former Kenmore West students spoke about their abuse at the hands of a teacher and coach in the 1970s, and the lack of response from the district.

Maggie George and Lorna Barrie say they wanted to come forward publicly to inspire other survivors to do the same, and they're also relieved they'll have their day in court for the truth to come out.

"I've always felt like I missed out on a lot of my life because of what happened to me," George said. "I've made some ... my journey has been very rough ... made bad choices. And I finally now feel like the truth is coming out."

The lawyers told 2 On Your Side cases against schools and the church are different because school leaders were mandated to report these crimes, yet many of them did not.

"It is actually a violation of the mandated reporting law under the social services law to know about a credible accusation that someone is being sexually abused as a child in a school and not report it. It's a crime," said Steve Boyd, attorney for sex abuse victims.

The teacher and coach are not being sued directly, but their names do appear in the complaints.

Boyd says dozens of abuse complaints have been reported from the 1970s at Kenmore West High School, which he called a sign of a serious culture issue there.

His law office expects to file up to 100 separate claims against local public schools by the time the one-year window closes under the Child Victims Act.

Our reporting yesterday incorrectly identified Mount Saint Mary Academy as one of the schools named. No lawsuit has been filed against Mount Saint Mary's under the child victims act. We apologize for the error.

RELATED: Former Lewiston doctor to register as a sex offender