John R. Oishei Children’s Hospital announced how it will honor Buffalo Bills quarterback Josh Allen's grandmother after nearly $700,000 was raised in her memory. 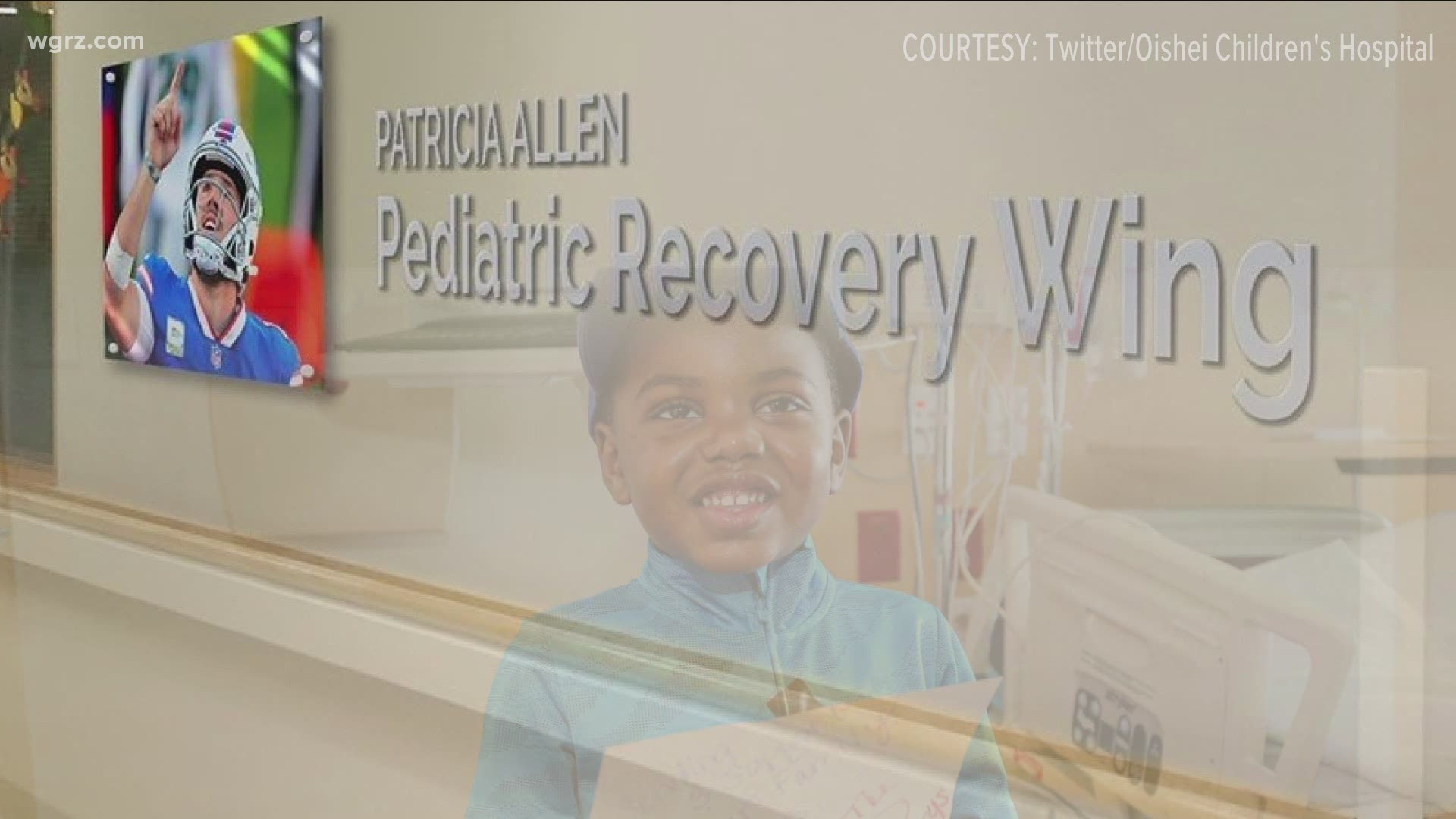 The Patricia Allen Fund will give continuous support to the hospital's pediatric critical care team, which is one-of-its-kind in this region and cares for children in critical situations throughout Western New York and Northern Pennsylvania.

“I am humbled by the incredible generosity that has poured in over the past several days in honor of my grandmother. It means the world to me and my family and we are very grateful these donations will go toward helping save many lives for years to come,” said Josh Allen.

Josh Allen worked with the hospital in deciding where the funds would go.

In addition to the fund, the west wing of the hospital's tenth floor, which is already sports-themed, will be named the Patricia Allen Pediatric Recovery Wing. New signage and a plaque with a photo of Josh Allen pointing to his grandmother during the November 8 Bills game have been designed.

Credit: Kaleida Health Foundation
An artist's rendering of a plaque that will be placed in the hospital.

“We really felt this was the perfect way to honor Patricia and recognize Bills fans for this incredible support of our hospital,” said Allegra C. Jaros, MBA, president, Oishei Children’s Hospital. “With the wing being located on our sports floor which is already outfitted with lots of Bills and football memorabilia and graphics, we couldn’t think of a better place.”

Buffalo Bills fans were inspired by Allen's performance on November 8 against the Seattle Seahawks, after just losing his grandmother, Patricia. The donations started pouring into the children's hospital, which Allen had been known to partner with.

Additionally, the play room in the newly-named Patricia Allen Pediatric Recovery Wing will be renamed the The Buffalo Bills Fans Fun Zone, to recognize the support the hospital has received from Bills fans.

Fans can still donate to the cause, by donating through the hospital to the Patricia Allen Fund.