For many years, there was one powerful politician from Buffalo making noise in Albany to make sure the disadvantaged could get an education. It was Arthur O. Eve. 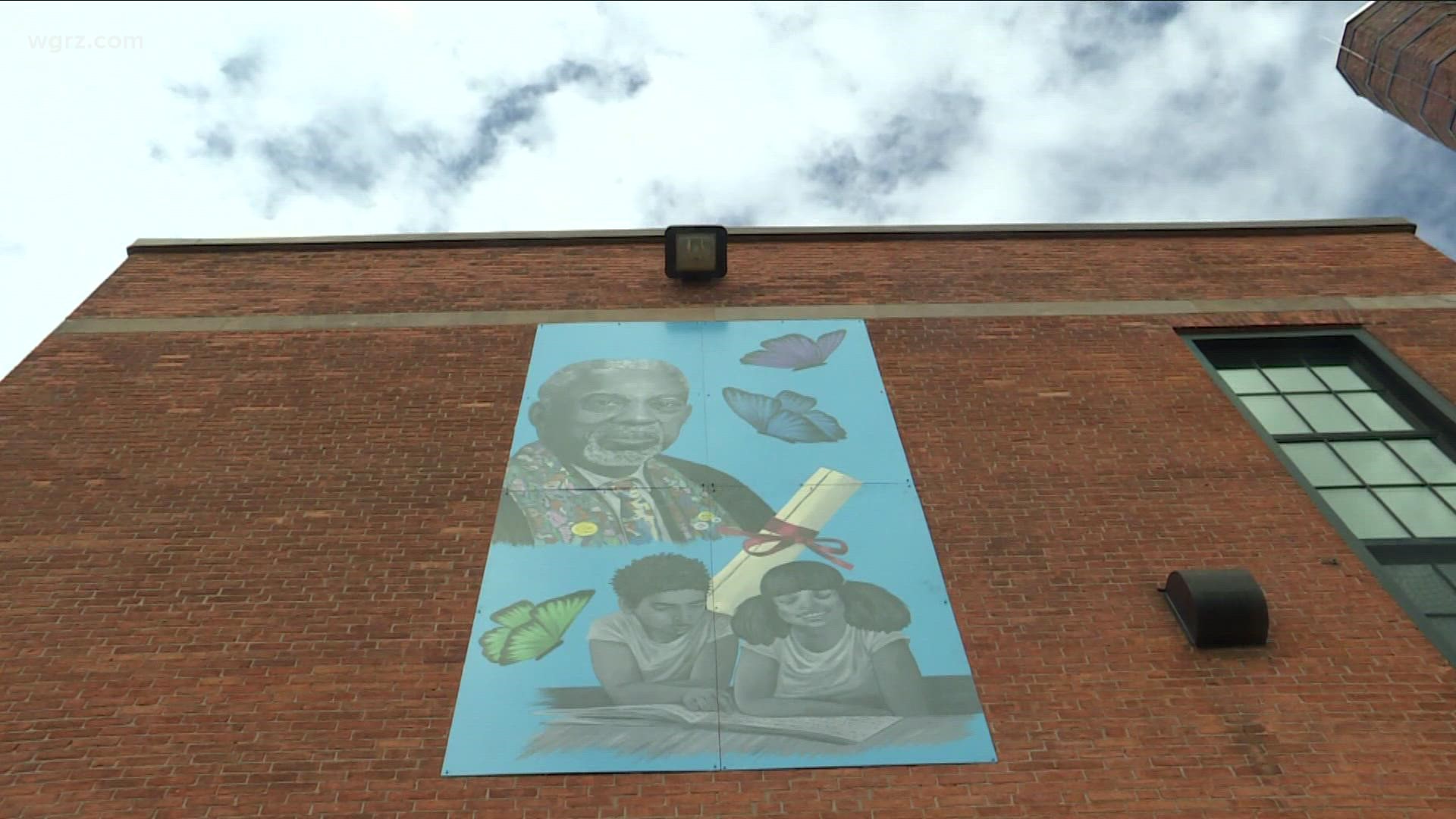 BUFFALO, N.Y. — Arthur O. Eve was a politician with a voice that got the attention of anyone listening. He was an advocate for education and making sure those who couldn't, could go to college.

Now there is a mural of Eve on the School that bears his name at the corner of Grider Street and Leroy Avenue in Buffalo.

During his career in the New York State Assembly, he was the Deputy Speaker.

He established funds to start E.O.P.,  the Equal Opportunity Program. It paved the way for thousands across New York State to attend college.

Eve, 88, was not on hand for the unveiling of the mural, but his wife Constance and grandchildren were in attendance.

"There's nothing like teamwork, the power of collective action. He was blessed to be able to leave that and produce the results," his wife said.

Arthur O. Eve paved the way for many to attend college and he was a force to be reckoned with when it came to funding education. Today, a new mural was unveiled. We hear from his wife Constance. The story tonight at 6 on Channel 2 @WGRZ pic.twitter.com/OGWhzBMcUg

A few years ago in an interview with Channel 2's Claudine Ewing, Eve said "education is number one. Buffalo will not make it if we don't educate all of our children."

The principal of P.S. 61 Arthur Eve School of Distinction calls it an honor to work at the school.

"As a Black male principal, I am humbled to serve in this capacity that is named after a Black man who is a pillar in this community. Each day when I pull into this parking spot, this mural will will be a constant point of reflection for me in regard to the level of excellence that must be upheld in this building," Nathaniel Barnes said.