Fees to access utility poles have skyrocketed in New York State in recent years, lawmakers passed a bill aimed to reign in those fees. 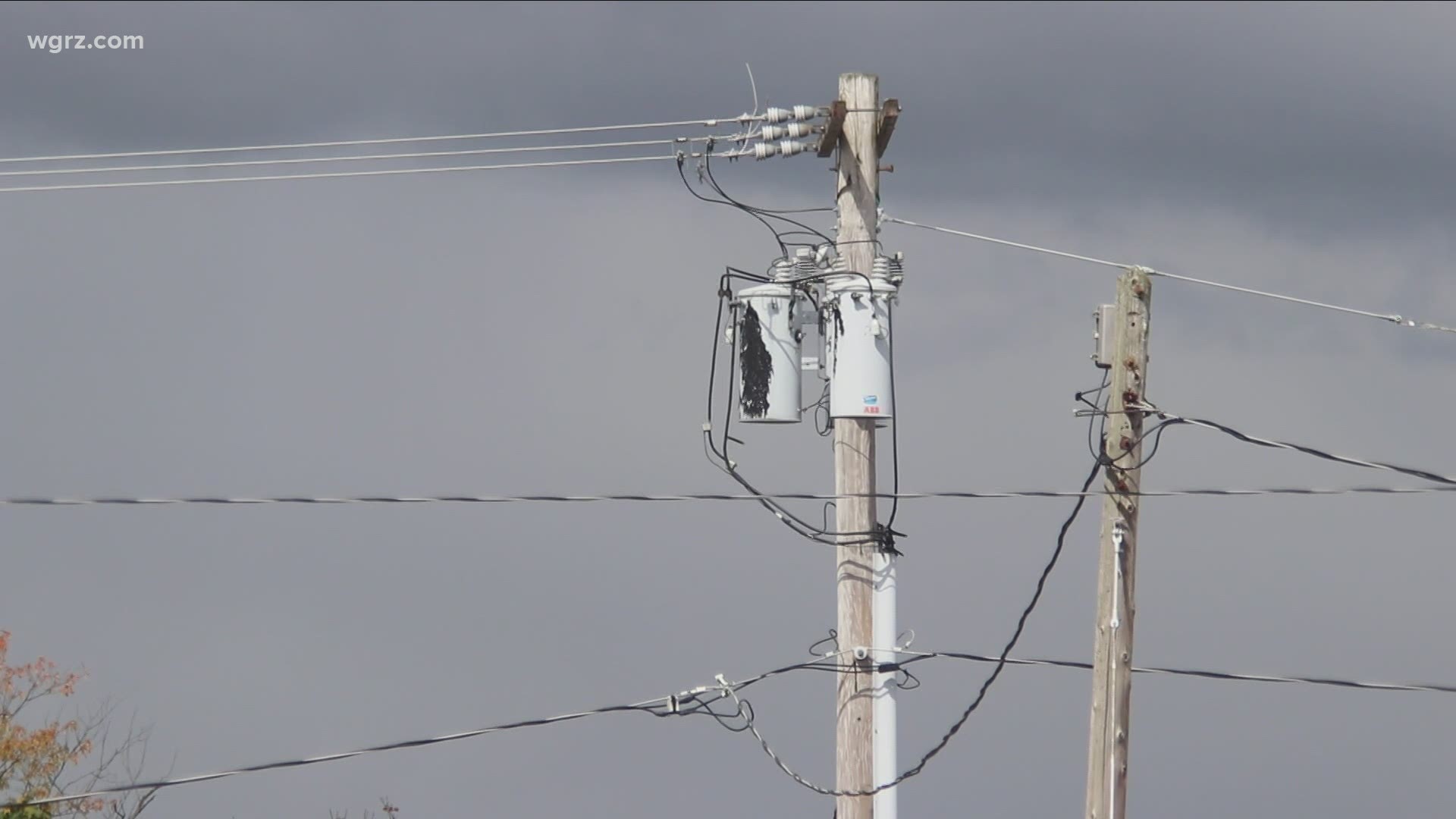 BUFFALO, N.Y. — In the effort to eliminate barriers to expanded broadband access in New York the legislature passed a new bill today, SB7028, that should help providers get fairer rates when accessing utility poles.

The bill, co-sponsored by Senator George Borrello, will ensure internet service providers are able to negotiate fair contracts with a utility company, for use of their utility poles.

Any company that wants to hang something on a utility pole has to come to terms with the pole owner and pay a fee. So an internet service provider looking to expand service needs permission to access the pole and hang equipment.

In the last few years, according to complaints that State Senator George Borrello has received, the rates to access poles have skyrocketed.

Borrello says this has caused some broadband expansion projects to get delayed, or outright canceled.

"Here in New York State, we encourage monopolies, you only have one choice for who provides your electricity, which means there's only one choice," Borrello said. "In a lot of ways, it's an anti-monopoly bill."

The next step for the bill is for Governor Cuomo to sign it. Sources in the legislature tell 2 On Your Side that it would be difficult for the Governor not to sign the bill.

2 On Your Side has reached out to multiple utility companies and internet providers for comment on this bill getting passed. None have responded, but traditionally they don't comment until the bill is signed into law.

When the low-income internet bill was signed by Governor Cuomo earlier in the year, providers and industry groups filed a lawsuit saying the state didn't have the authority to enact price regulations on internet rates.

Earlier today NYS lawmakers passed a bill that will reign in the fees that have skyrocketed in recent years to access utility poles.

This, in theory, will impact internet providers expanding coverage in NYS, who were once paying $2-3,000/pole but are now paying $15-20k @wgrz pic.twitter.com/WR0gHj51I7