Of the 196 guns collected Saturday, there were 92 handguns, 80 long guns, 4 assault rifles, and 20 non-working or antique guns. 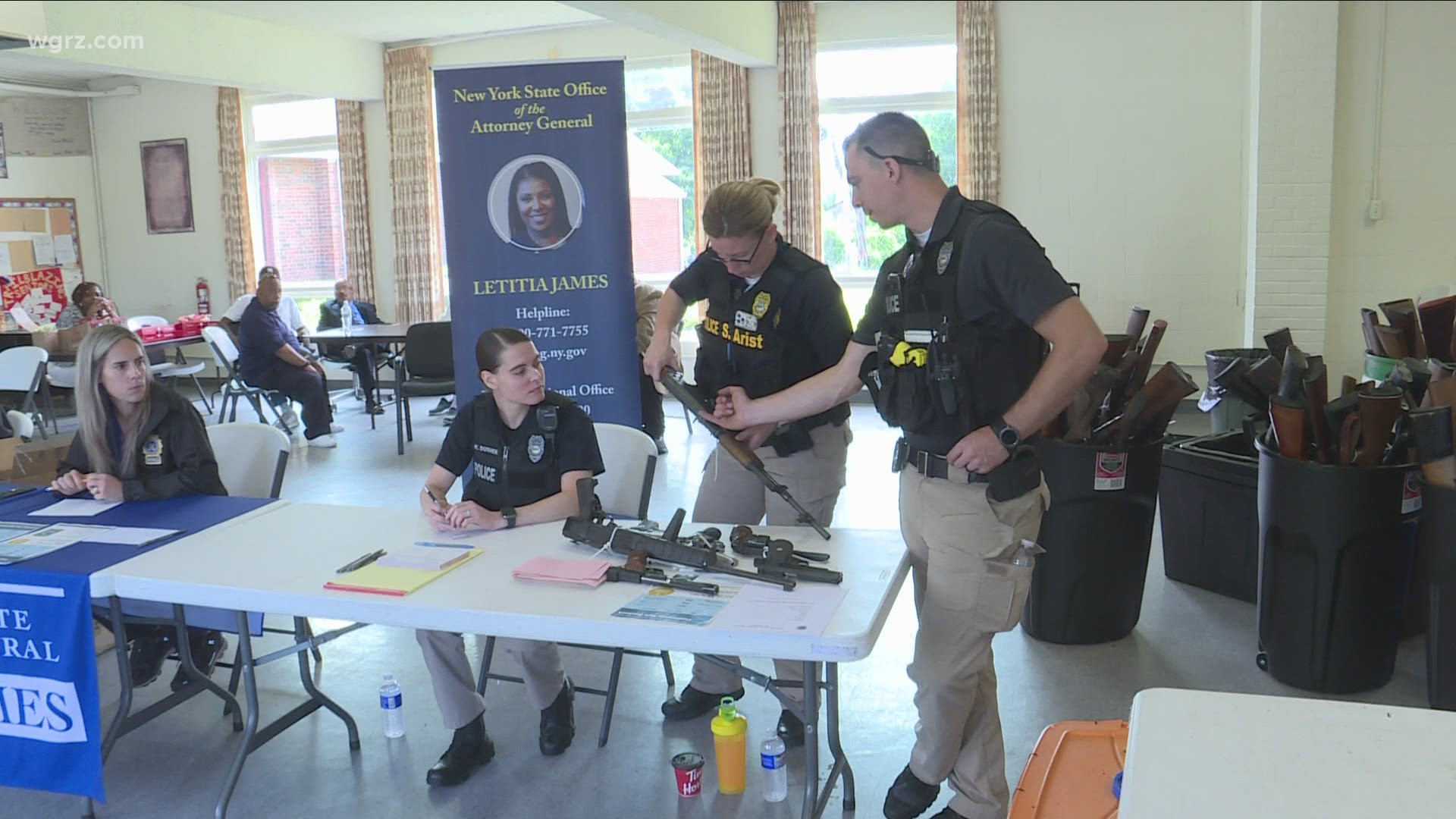 The four-hour event was held at the African Methodist Episcopal Church. The official tally of guns returned was 196. The event was hosted by the Niagara Falls Police Department and the office of New York State Attorney General Letitia James.

"Gun violence is a public health crisis that is endangering communities across the state," James said in a statement. "From going after the violent drug rings responsible for this violence to hosting these gun buybacks statewide, we are doing everything in our power to get guns off our streets and out of dangerous hands.

"We thank our partners in law enforcement for their invaluable support in this effort and shared commitment to ensuring all New Yorkers are safe."

James said 1,600 guns have been taken off the street during events such as this one since 2019.

Of the 196 guns collected Saturday, there were 92 handguns, 80 long guns, four assault rifles, and 20 non-working or antique guns.

Licensed gun dealers and active or retired law enforcement were not eligible for this program.

Here is what people who participated received:

Organizers of the buyback asked that those who attended wear a mask and maintain social distancing.