Granddaughter of one of men ship is named after visited help launch capital campaign in Buffalo. 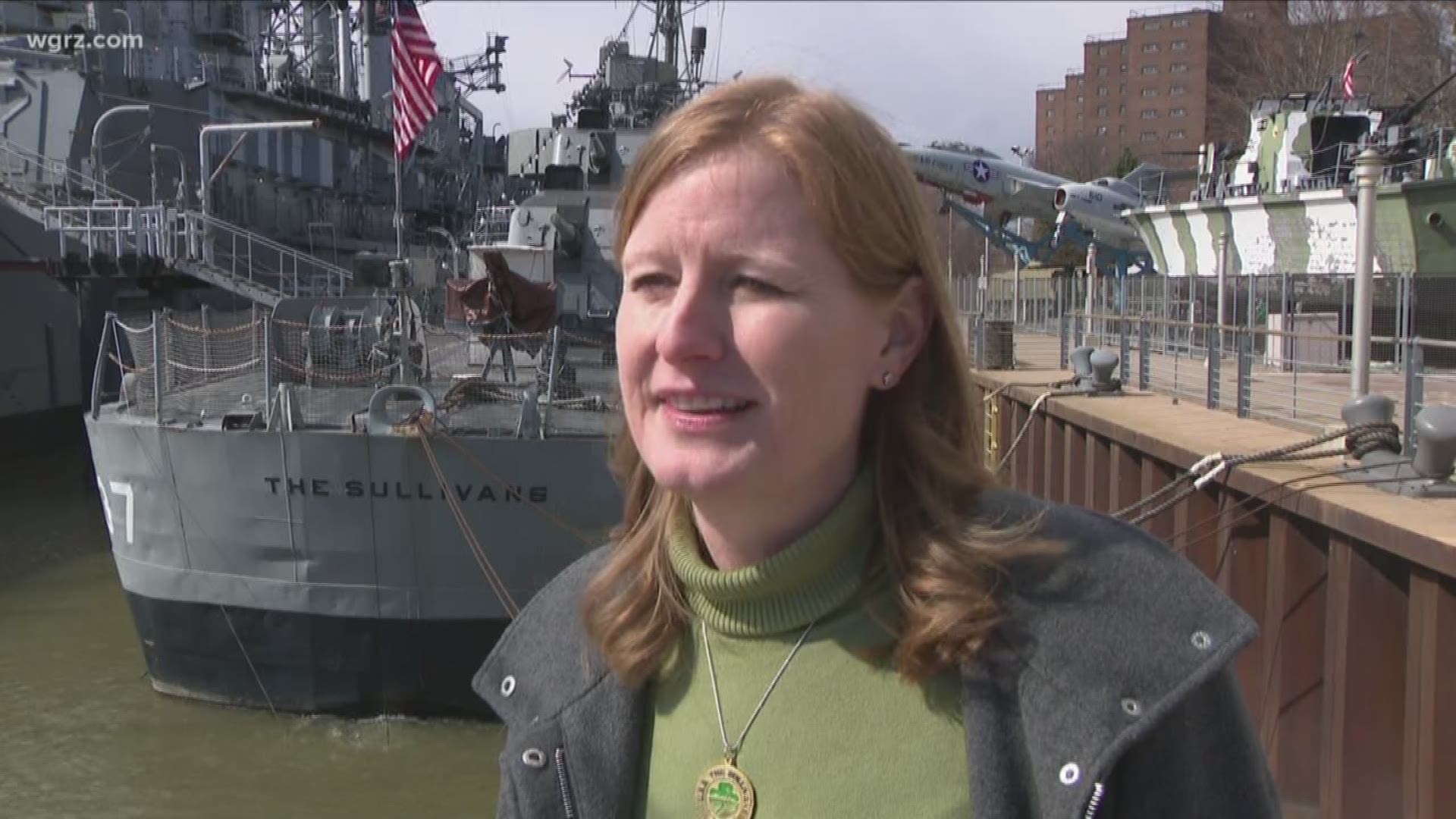 BUFFALO, N.Y. — The granddaughter of one of the men that the USS The Sullivans is named after visited the Buffalo and Erie County Naval and Military Park on Monday.

Kelly Sullivan from Iowa is the granddaughter of Albert Sullivan, who was one of five brothers all killed during World War II.

The USS The Sullivans is in need of some work, especially some major hull repairs.

Kelly was here to help launch a capital campaign, where the naval park will work to raise about $2 million to fix up the ship.

"I was here when the park opened," she said. "And I remember coming to the park when I was a little girl and seeing the mighty ship, and when I grew up, I brought my kids here. And my hope is that I'll be able to bring my grandkids out here."

The naval park also turns 40 this year. It will kick off the new season with a celebration on Saturday, March 30.