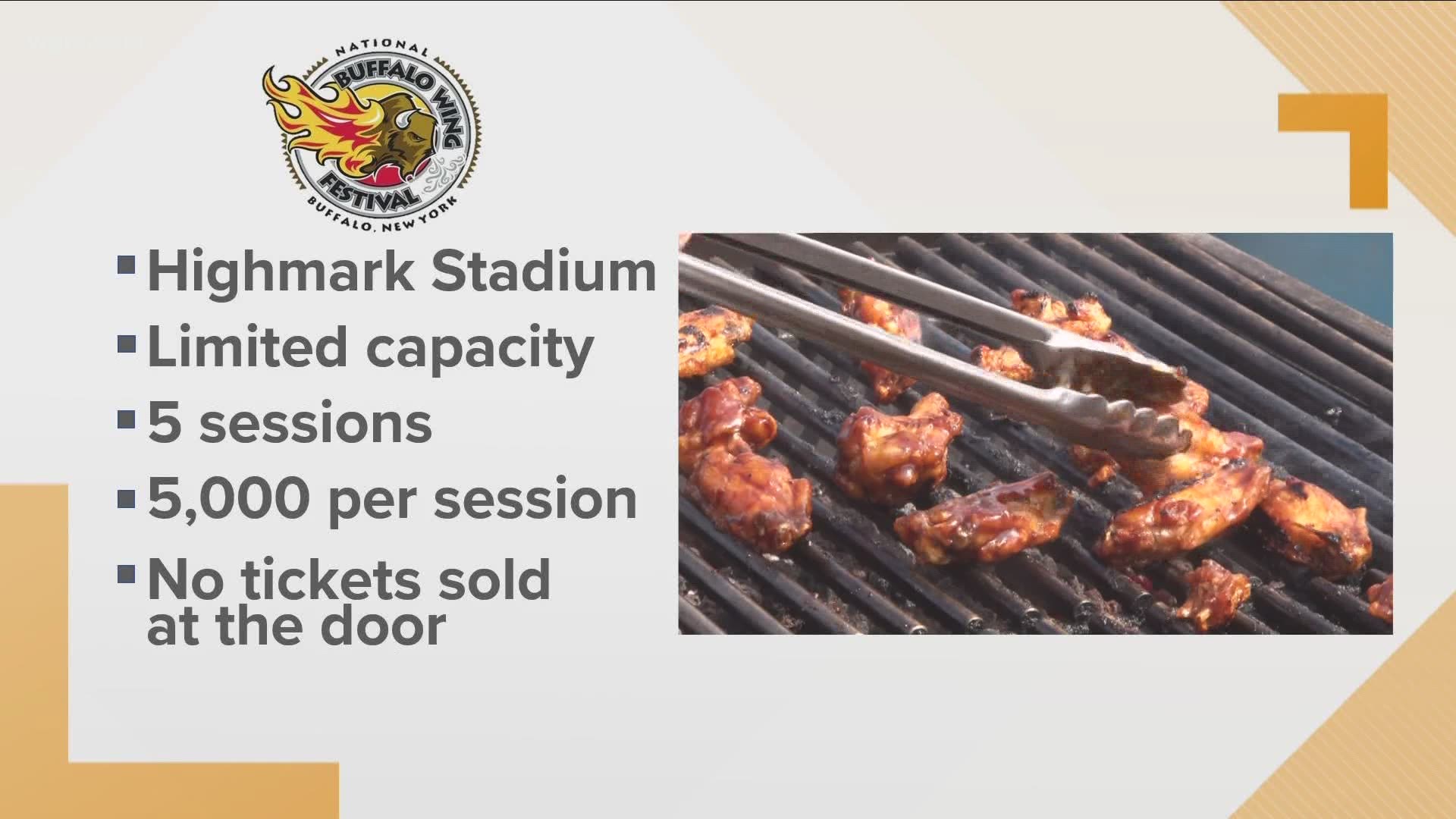 ORCHARD PARK, N.Y. — The National Buffalo Wing Festival is returning for its 20th year in 2021. This year, the festival will be moving to Highmark Stadium in Orchard Park on Labor Day Weekend.

5,000 tickets will be available for each session, and must be purchased before the event. Tickets will not be sold at the door.

Festival Founder and Wing King Drew Cerza says they won't be able to accomodate more guests than that, or announce the pricing for wings yet, because of the very real chicken wing shortage they're facing.

"The cost of wings are double, and all I could secure, I thought was enough for 25,000 people," he told 2 On Your Side. "So that's why we have the limited capacity. Besides, we don't know if people are really comfortable yet going in big crowds, so we're going to be able to spread out. Then the three hour time sessions because it's a new venue, limited wings, restaurants, they've got labor issues. We just want to make sure that we can serve correctly and create same experience."

In a statement, Cerza also thanked their host for the previous 19 festivals.

💥 We're celebrating our 20th Anniversary at our biggest venue to date: Highmark Stadium! 💥

Tickets go on sale Friday, July 9 at 10 a.m. for $20, which includes free parking and a $5 coupon toward the purchase of a commemorative festival shirt or hat. A donation will be made to FeedMore WNY for each ticket sold.

For more information on this year's festival, visit www.buffalowing.com