Woman from Virginia Beach lands in ICU for vaping-related illness 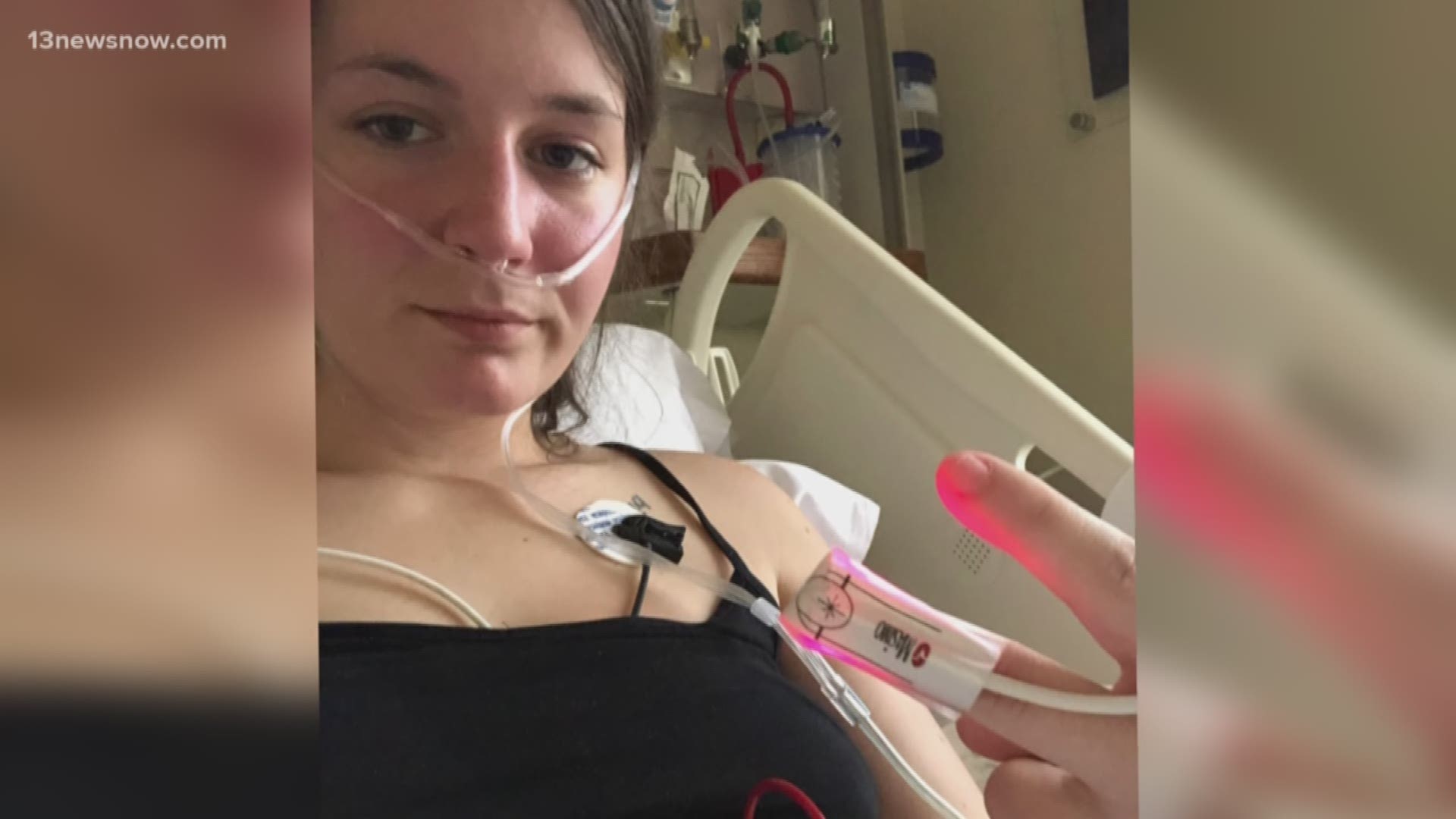 The Virginia Beach native was hooked to breathing machines, an IV and spent five days in the intensive care unit.

She thought she had the flu, but doctors told her she suffered a vaping-related lung injury.

“I had every symptom: the vomiting, the cloudy lungs,” said Zimmerly.

Zimmerly said she’s never been that sick in her life.

Doctors told the 21-year-old that chemicals from THC cartridges, such as vitamin E acetate caused her lung injury.

“It really looked like someone photoshopped clouds in replacement of my lungs,” said Zimmerly.

This month, the Centers for Disease Control (CDC) identified vitamin e acetate as a possible cause in the recent string of vaping-related illnesses and deaths.

Zimmerly could have been one of them.

“When I was in the ICU, my mom told me today, they told her to talk to a chaplain because they didn't know if I was gonna make it or not,” said Zimmerly. “It was really hard because I couldn't see my son for a week and that was the hardest thing, not knowing if I was gonna come home to see my son.”

Zimmerly, who is a senior at James Madison University has a message to other people who vape: it’s not worth it.

Now, she's sharing her story with friends on social media. Zimmerly said she hopes her experience, will encourage others to stop vaping.

“Two weeks ago I saw this all on the news and you couldn't convince me to put down my Juul. Now, looking back, I should've listened. It’s crazy,” said Zimmerly.

She regrets every time she inhaled an e-cigarette. Doctors told Zimmerly they expect her to make a full recovery.