'My back was to the police': Buffalo-area man describes his arrest during TV interview

Myles Carter believes his arrest while doing a live interview outside the E-District Police headquarters was not justified. 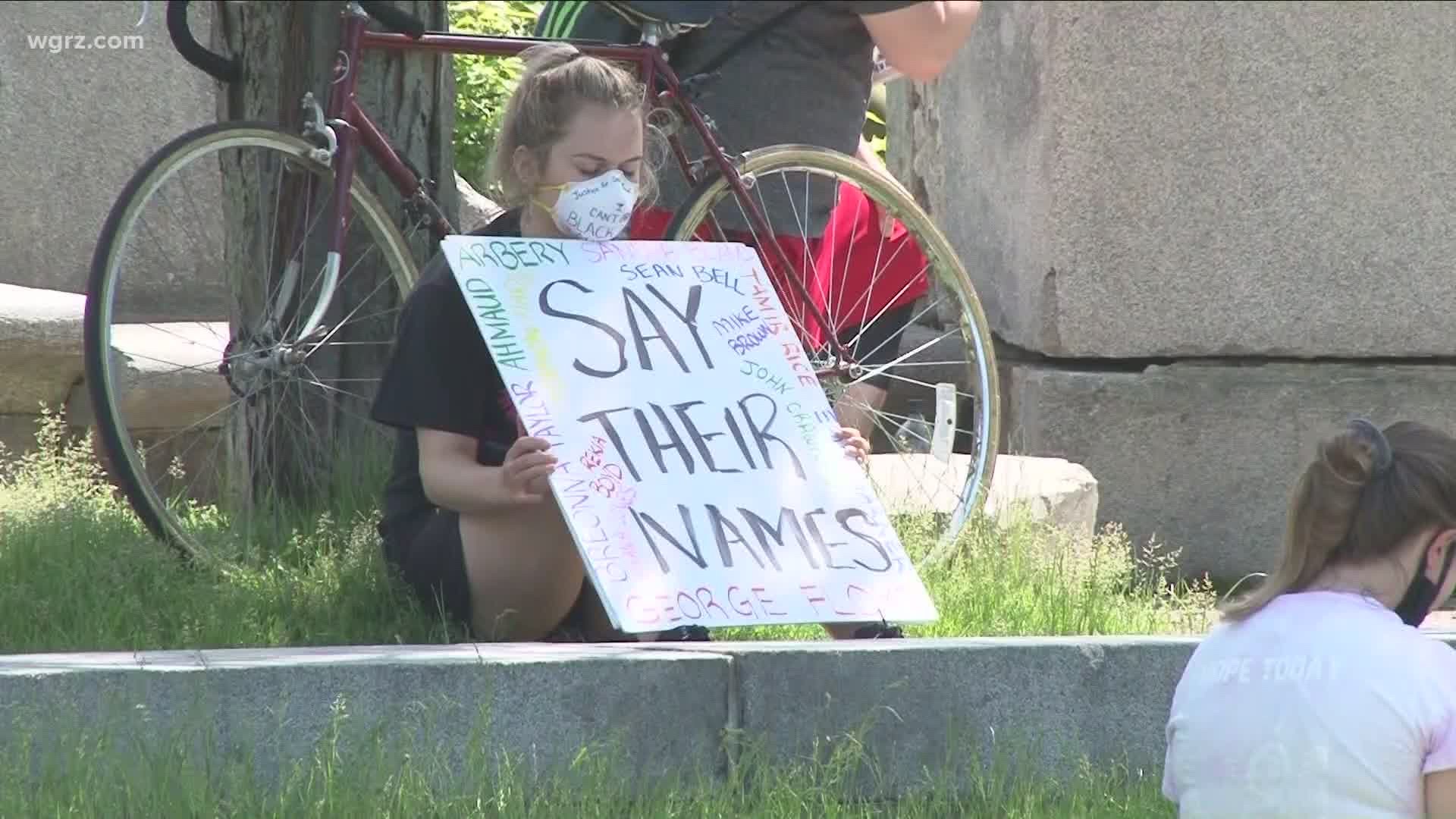 BUFFALO, N.Y. — Friday morning the media heard from a Western New York man arrested at Monday’s protest outside of E-District Buffalo Police headquarters while he was doing a live TV interview.

Myles Carter says his arrest was not justified.

Carter wants people to know what happened to him late Monday night and early Tuesday morning.

As Carter was on the ground, he says he saw the SUV hit the crowd of officers. Carter is charged with disorderly conduct and obstruction of governmental administration.

He says the charges are not justified, although he would not say whether he is taking legal action to fight them. He does have attorneys.

Carter is someone who is very involved in his community. He’s from Buffalo and he graduated from Medaille College.

Carter is a dad and business owner, and he has helped build playgrounds and advocates for people in the neighborhood he grew up in.

And while he lives in the suburbs now, he says he didn’t forget who he is, or where he came from. He’s calling for everyone to work together to end discrimination.

“We’ve taken knees. We protested peacefully. We gave Martin Luther King a holiday. And my people are still being beaten and murdered in the streets of this country and in this city. Quentin Suttles, that’s who we were protesting for. We were bringing light to the issue that it happens here in Buffalo. You guys still think we’re out here protesting about George Floyd? That’s only one piece of it,” Carter said.

2 On Your Side asked a Buffalo Police Department spokesperson if the actions of the officers are being investigated. We have not heard back.

A spokesperson for the Erie County District Attorney’s Office said the incident is being investigated and Carter has an appearance ticket for July 17.