The mayor's office says a "reckless" driver caused the accident, which involved three other cars. 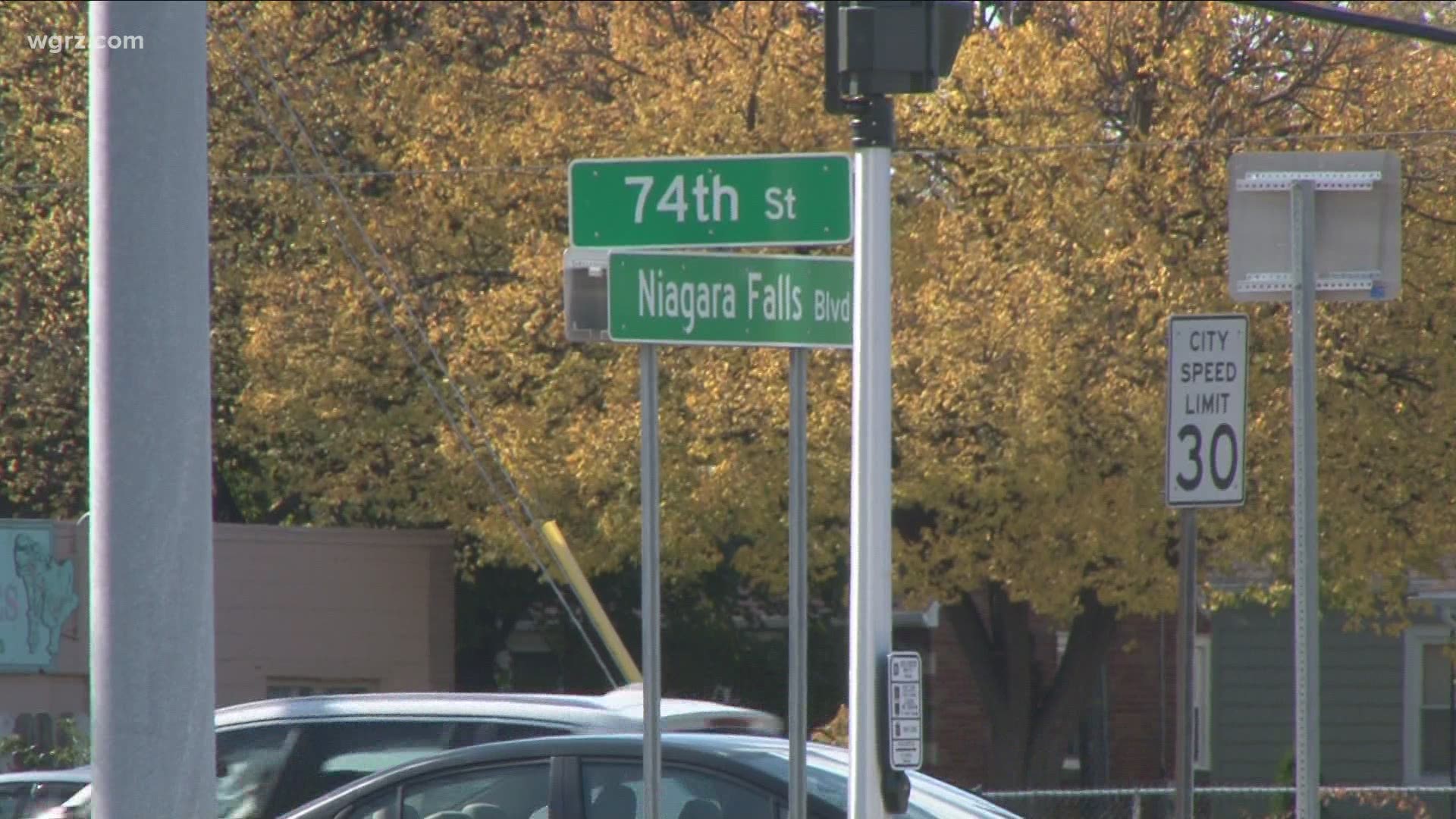 A 32-year-old man, who has not been identified, was driving a Chrysler 200 eastbound on Niagara Falls Boulevard. A Toyota Tacoma was pulling out of Burger King when the Chrysler hit them.

Then, the Chrysler hit a Chevrolet Equinox, and the Equinox then struck a Jeep Cherokee that was stopped at the 76th Street intersection.

After that collision, the 32-year-old driver of the Chrysler continued to drive until he hit a pole. The pole was said to be severed at the base, but was held up by wires.

The 32-year-old driver was taken to ECMC, and two other people were transported to a hospital.

The mayor's office says the 32-year-old is in stable but serious condition. The two other individuals were treated and released.