Even though the pandemic closed the Johnston Ridge Observatory, there are other parts of the volcano for hikers and tourists to explore. 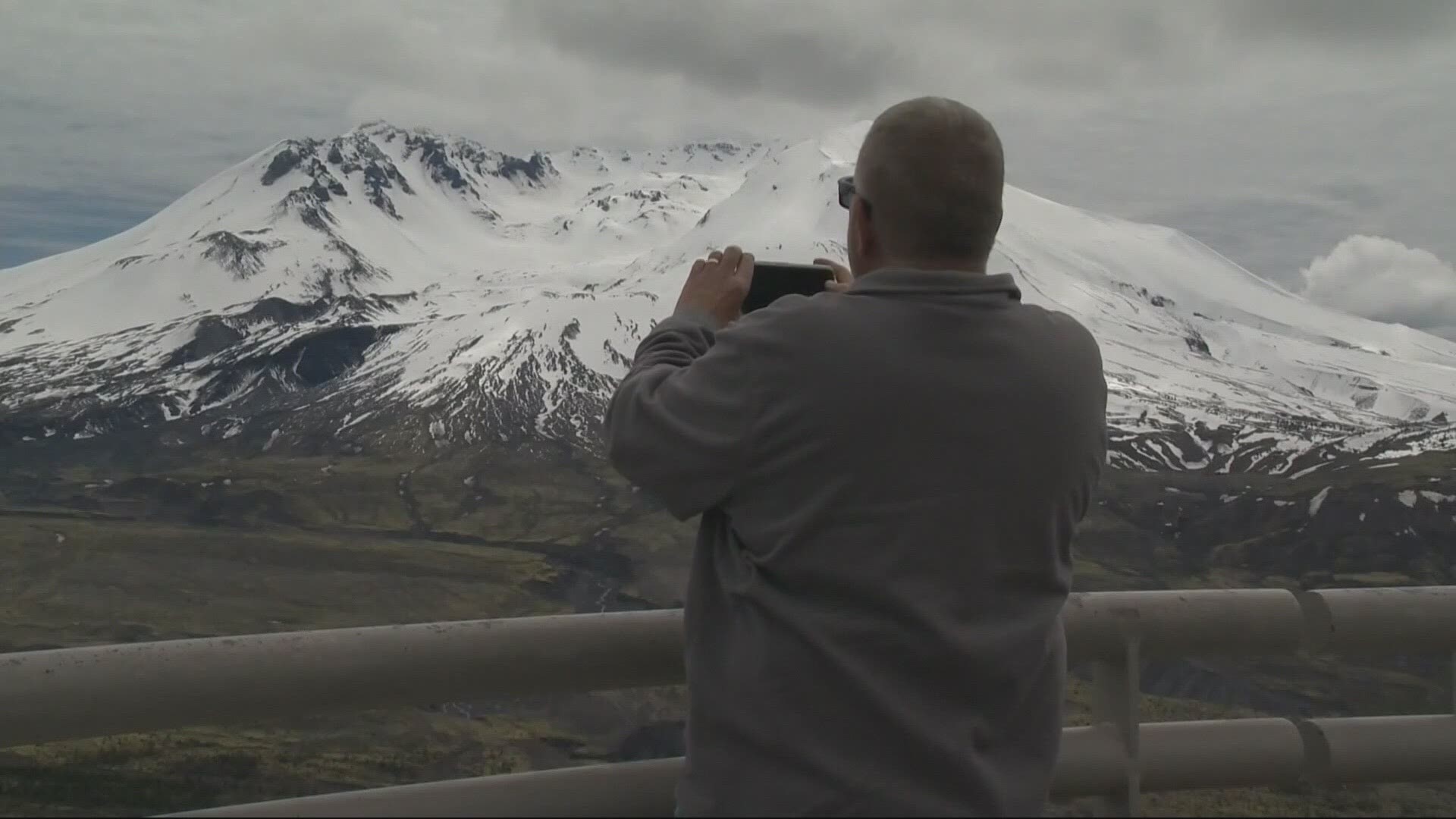 SKAMANIA COUNTY, Wash. — Tuesday marks 41 years since the eruption of Mount St. Helens, and still it’s a volcano that seems to really pique the excitement of just about everyone.

Even though COVID-19 closed the Johnston Ridge Observatory, that doesn’t mean you can’t check out other parts of the volcano.

The inside of the observatory remains closed, but the viewing plaza behind the observatory is still open to the public. Recently, another popular place to visit, the Ape Cave, reopened after being shut down for more than a year.

“After 14 months we have reopened up the very popular Ape Cave, which is a lava tube on the southside of Mt. Saint Helens,” said U.S. Forest Service spokesperson Gala Miller, who works in the Gifford Pinchot National Forest.

Reservations are required if you want to walk through, and you'll probably want to bring a flashlight and a warm jacket because the cave is 42 degrees all year round.

"Instead of all permits for the season going on sale on one day at 7 a.m., they are releasing them one month at a time. So you don't have to be there on that specific day, because they sell out really quickly,” said Ray Yurkewycz, executive director of the Mount St. Helens Institute.

With an easier way of getting your hands on a permit, hikers and climbers are sure to be out this season seeking the picture perfect view forever altered more than four decades ago.

For more information on how to get a permit, click here.