A Western New York man died after his Harley-Davidson collided with a pickup truck on Bethany Center Road in the Town of Stafford. 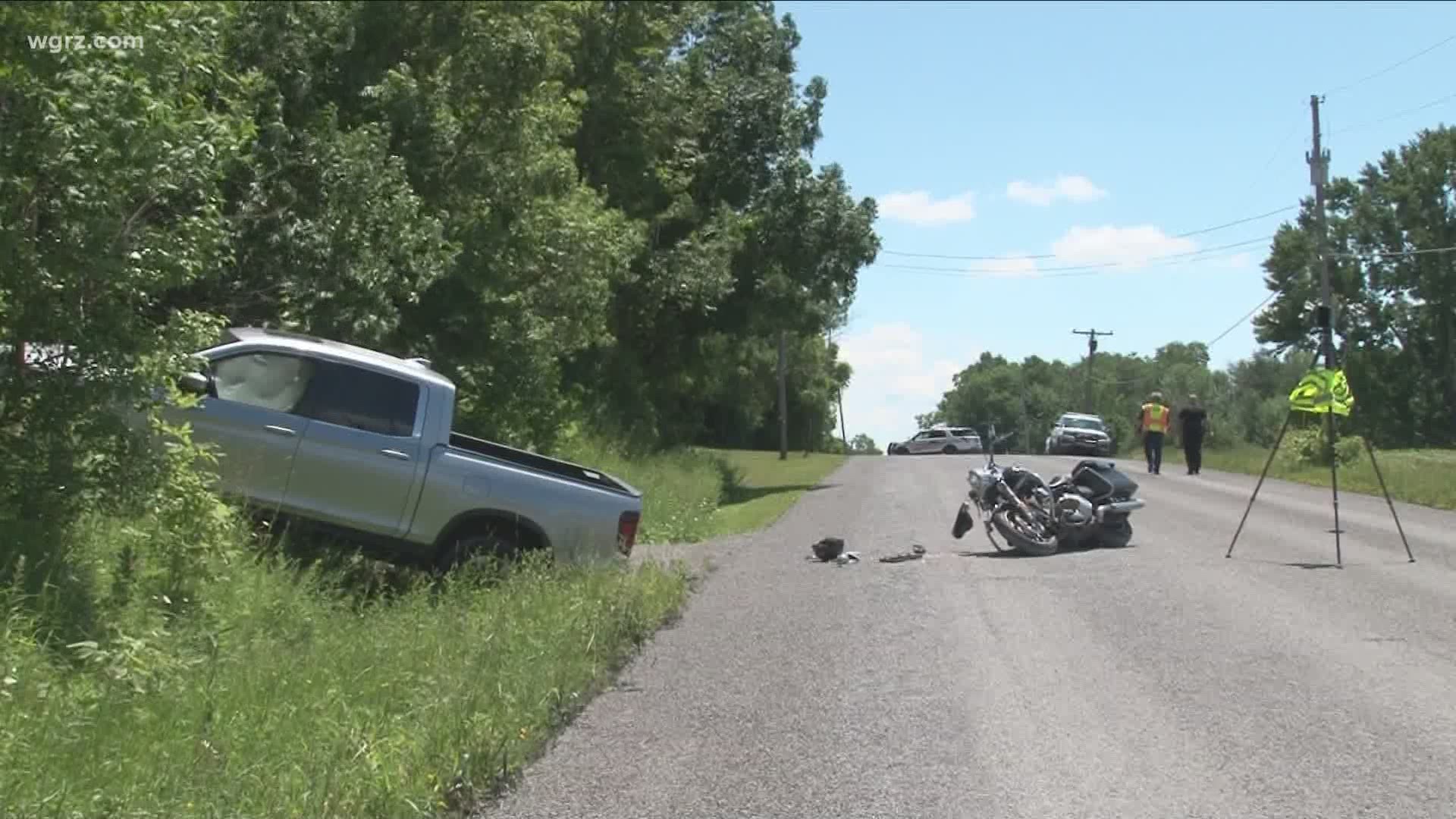 The fatal crash happened around 11 a.m. on Bethany Center Road in the Town of Stafford, which is east of Batavia.

Joseph C. Johnson, 62, of Warren, Ohio, was driving southbound on the road in his 2019 Honda Pickup truck.

As he attempted to make a left hand turn, a motorcyclist traveling northbound collided with his passenger side door.

The motorcyclist was Donald M. Bernard, 57, of Fillmore, New York. He had been riding a 2012 Harley-Davidson motorcycle.

Bernard was pronounced dead at the scene. The pickup driver, Johnson, was not injured.

The Genesee County Sheriff’s Office is investigating the crash.

Assistance at the scene was provided by Town of Batavia Fire and Mercy EMS.