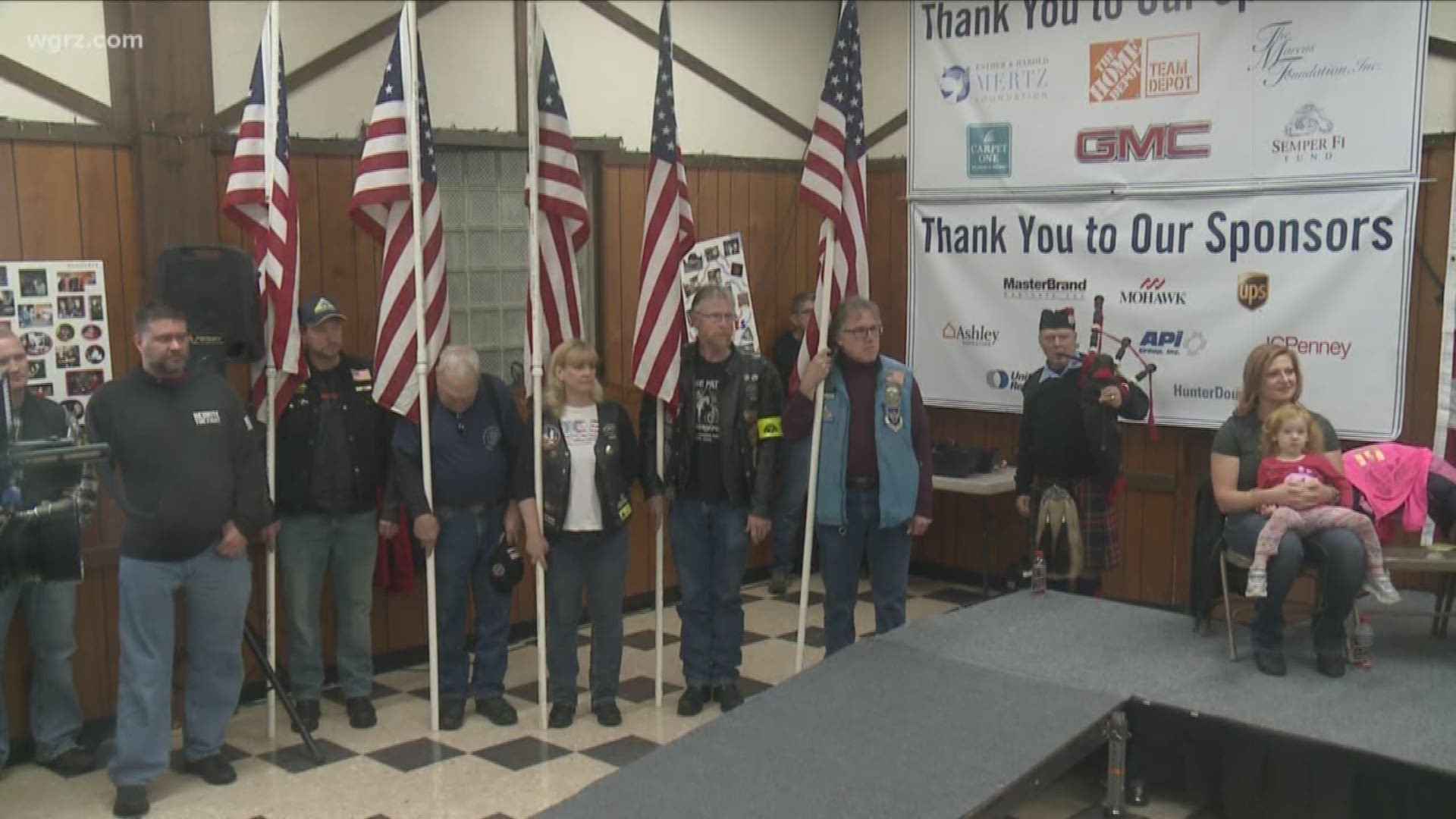 EAST AURORA, N.Y. - Many families observe Veterans day by waving American flags and recognizing the sacrifice of people in uniform. But one Western New York family celebrated the holiday by moving into a new mortgage-free smart home.

Lance Cpl. Mark Beyers and his wife Cpl. Denise Beyers met in high school and together joined the Marine Corps. While on patrol in Iraq in 2005, Mark Beyers was injured from an IED blast, causing him to lose his right arm and leg. His recuperation required 39 surgeries and rehabilitation.

Now, the Tunnel to Tower Foundation is honoring the Beyers' service.

The foundation was founded to remember the life and legacy of fallen fire fighter Stephen Stiller, killed during 9/11. The foundation's Smart Home Program works to ensure "catastrophically injured" veterans have homes designed to address their specific needs.

"We figured, well there's other veterans who have less than we do. Maybe they should try to do this for another veteran that could use it even more but they were adamant about helping us.. So we gratefully accepted it," said Veteran Denise Beyer.

Sunday, community members and donors joined the family in raising a flag and cutting the ribbon at their new home.

The Beyer's home is the third built by Tunnel to Tower in Western New York and the 75th they've built in the country.

For more information about the foundation and its efforts visit Tunnel to Tower website.