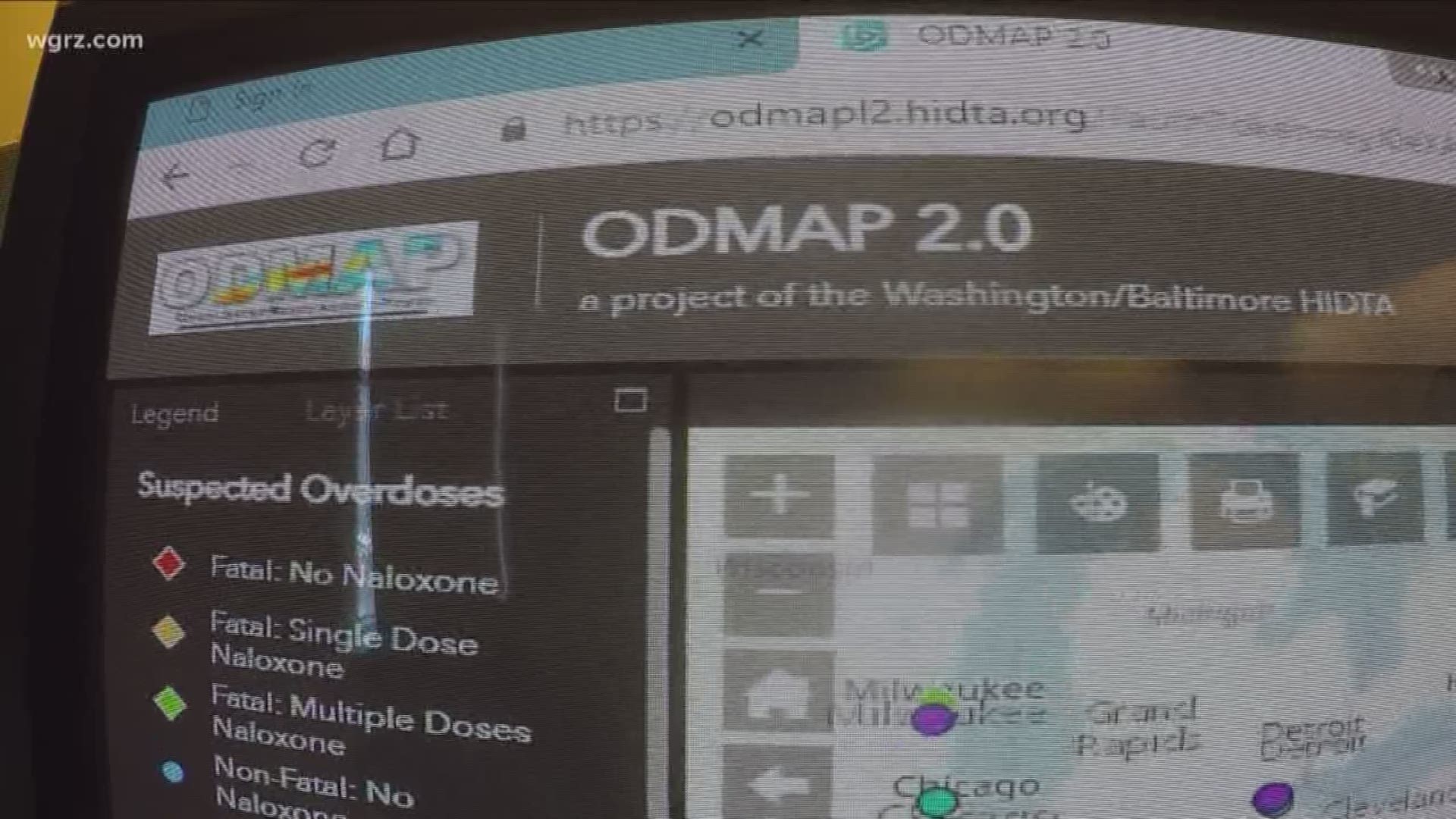 Information on where they happen, the drug that was used, whether anyone died, and whether narcan was used.

"The goal of the system is to link departments that have overdoses in the county with each other," said Jim Jancewicz, the commissioner of Central Police Services for Erie County. "It helps in terms of prediction, it helps in terms of making policy right, it helps on a real level on investigations."

And the program is key in detecting overdose hotspots.

OD Map was created by the DEA -- it's free for police departments to sign up and started being used in Erie County about two years ago.

Officers at some departments could access OD map through an app on their phone.

In the past month, Erie County Central Police Services has rolled out OD Map to all patrol cars across the county.

"Every police department has access to OD maps. Not necessarily every department is using or has signed up for OD maps," Jancewicz said.

Fifteen police departments across the county use the program.

"The vast majority of police departments that have the population in the county use it," Jancewicz said.

Some departments have been more aggressive than others. For example, Lancaster Police are just now training their officers on the program, and Cheektowaga Police has used OD Map for nearly two years.

"We've been able to use OD map to form a relationship with the Erie County health department, and they have created a program where they will send out a peer navigator who will actually go and follow up with people who overdosed and get them into treatment," said Captain Brian Gould of Cheektowaga Police.

Dan Rinaldo, a member of Erie County's Opioid Task Force, says there's still work to be done to get all departments on board.

All the data that goes into the OD map system is monitored by the Erie County Health Department, which looks for trends in the data.

What is 'grey death' and is it in Buffalo?