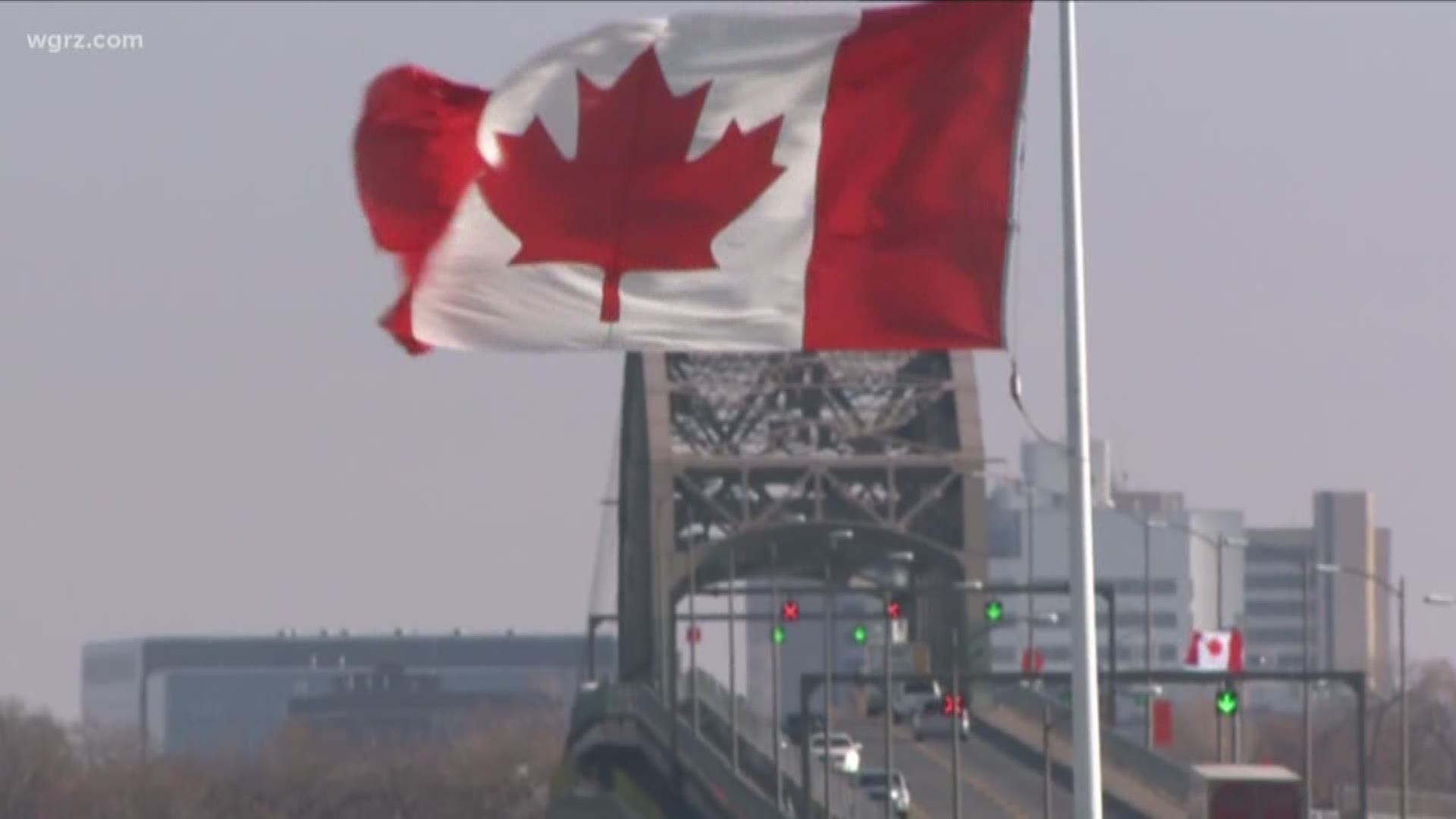 NIAGARA FALLS, N.Y. — Several members of Congress, including two from Western New York, signed a letter addressed to the secretary of the Department of Homeland Security.

The letter made a case to keep border patrol officers here in New York.

"Resources are being taken away from the northern border to help with a problem that's being grossly mismanaged at the southern border," said Congressman Brian Higgins, after learning around 30 customs officers from New York's border with Canada would be transferred to the southern border for 60-day assignments.

Now, 10 more agents are expected to join them.

The letter to the Department of Homeland security reads in part, "The abrupt transfer of needed personnel on the northern border will have economic and security implications on the facilitation of U.S.-Canada cross border trade and travel."

Congressman Chris Collins agreed. He said, on this issue, Democrats and Republicans were on the same page.

"All politics is local. We represent our constituents. In my case, my constituents live on that Canadian border," said Collins. "Our business community relies on Canadians coming down and spending money."

However, Collins told 2 on Your Side, this problem could've been prevented.

He explained, "A lot of this goes back to the stonewalling the Democrats have done in not supporting Trump in this crisis. It's been politicized to a point that there's now gonna be an impact in Western New York that should not have happened."

Higgins, a Democrat, disagrees with that idea.

In a written statement, he said,

"While the challenges at the northern border are very different than that at the southern border, they are no less significant. This Administration’s efforts to divert personnel from our border with Canada, and U.S. airports, expands our national security and economic challenges, rather than addressing them in a responsible way.”