Monument unveiled to remember those lost to PTSD

The Battle Within Monument was unveiled Monday on Buffalo's waterfront. It depicts a soldier carrying the image of two of his brothers. 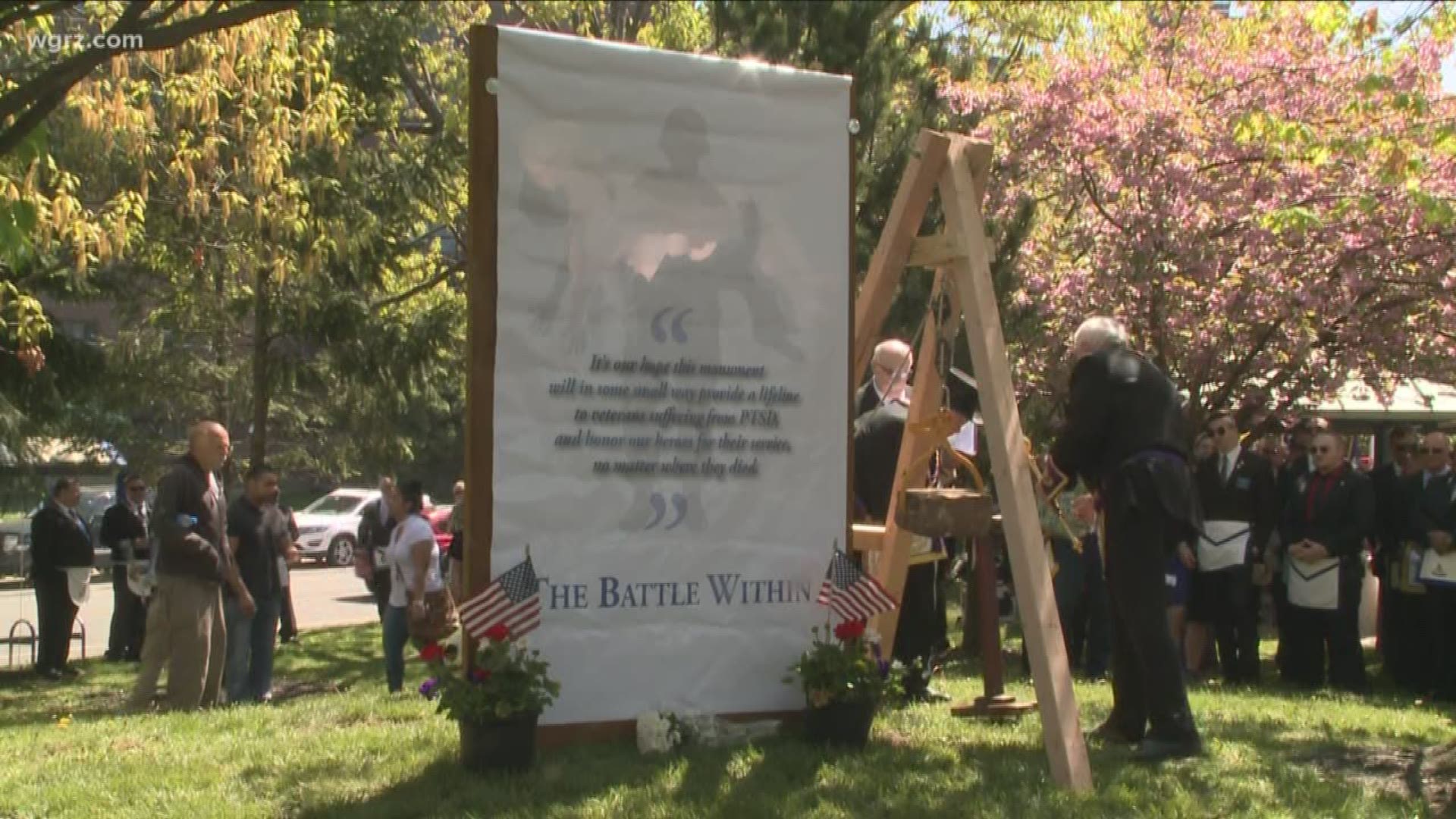 BUFFALO, N.Y. — Scars aren't always something you can see. That is the underlying theme behind a unique new monument dedicated this Memorial Day along Buffalo's waterfront.

The Battle Within Monument honors heroes who have taken their own lives due to Post Traumatic Stress Disorder. It's also meant to be a touchstone for those who still struggle with their demons, as well as for their families and caregivers.

The simple monument depicts a soldier carrying the image of two of his brothers. It was designed by Dr. Mark Donnelly, President of the Battle Within Foundation.

The life-size silhouette is cut from an 8,000 pound, 5 x 8 sheet of 2-inch thick steel. The inscription below reads:

"It is our sincerest hope that this monument will in some small way help educated the public to this ongoing tragedy, provide a lifeline to the suffering and honor our heroes for their service, regardless of where they died," said Dr. Donnelly.

You can find The Battle Within Monument at the Buffalo & Erie County Naval & Military Park on a peaceful, tree-covered hill alongside the USS Little Rock.

The ongoing mission for The Battle Within Foundation will be to connect veterans with the care they need and help with funding.